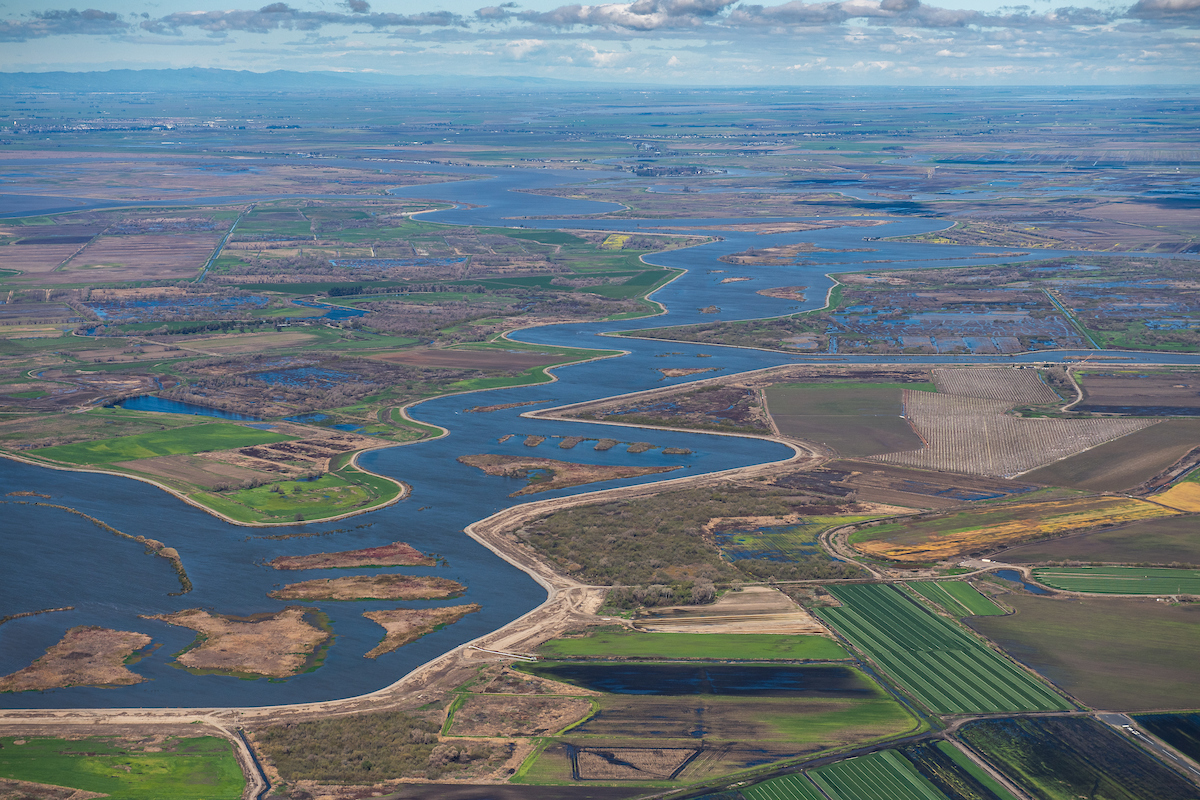 At the July meeting of the Delta Stewardship Council, Delta Lead Scientist Dr. John Callaway updated the Council on the latest scientific developments, discussing three papers that highlight the multi-faceted approach that is needed to address the Delta’s ecosystem; he also previewed upcoming events and provided the By the Numbers Report.

Dr. John Callaway began with a new paper by Dr. Denise Columbano and other colleagues including Dr. Peter Moyle that provides a synthesis of Suisun Bay fish data over the last 20 years.  He noted that Dr. Columbano was supported in her work on this project as a Delta science fellow.

For this paper, they evaluated the importance of various habitat characteristics in a gradient from the edge of the estuary and big channels up to the upland areas, looking at data for four of the most common fish species in Suisun Marsh: the Sacramento splittail, the tule perch, starry flounder, and striped bass – the one non-native but abundant fish species in the study.  The researchers combed through 22 years of monitoring data across nine different sloughs or tidal creeks in Suisun Marsh, looking at how fish abundance and growth related to habitat features in those different areas – features such as the size and depth of the slough, the sinuosity of the slough, the adjacent habitats,  flow, water quality, and salinity issues and how that would affect fish abundance.

“What they found is that a mosaic of habitat conditions, as well as the importance of the connectivity between land and water, is what really supported this mix of species,” said Dr. Callaway.  “They found that habitat preference across the four different species varied.  Some species used the deep channels on the edge of the marsh while others were found on the really small channels within the marsh.  And importantly, habitat preference for the species changed as the fish matured from juveniles to adults, so that really highlights the importance of this connectivity between habitats if we’re going to provide nursery support for fish populations.”

“What they concluded was that effective restoration and management really does need to incorporate this mosaic of connected habitats that reflect the dynamic conditions that are found in the natural sloughs,” continued Dr. Callaway.  “The top figure is an idealized picture of natural sloughs.  Really in terms of restoration, we don’t need to create exactly that complete natural landscape, but we do need to have a mix of habitats and connectivity is really essential.  Their findings and recommendations really directly reflect the recommendations in the update to Chapter 4 of the Delta Plan with the emphasis on process-based restoration and connectivity as a key way to improve conditions for fish and for other species in the Delta and the estuary.”

The second paper specifically focuses on predation, highlighting the importance of habitat and connectivity issues.  It is a paper of a 2017 South Delta field study that focused specifically on predation of juvenile chinook salmon.  The study was done by Cyril Michel and his colleagues at NOAA as well as UC Davis and other institutions.

They used an innovative system to measure and evaluate predation rates by using drifting buoys with a tethered juvenile salmon connected to that recorded the environmental conditions so the researchers knew exactly when and where predation is occurring and what the associated conditions were with predation.  The researchers were able to document relatively fine-scale patterns of predation in the south Delta.  They found that predation rates are highest when a predator is nearby and when water temperature was warmer.  Turbidity affected predation as did the presence of submerged aquatic vegetation.  They also found that the first few minutes before sunset and right after sunset was when the highest rates of predation were occurring.  The results also confirmed the hot spots for predation such as the Head of Old River.

“With this fine-scale data, they were able to put together a model of overall predation rates,” said Dr. Callaway.  “This was in 2017 with relatively high flows, so they can’t compare within different predation across years, but within that year, they can get a very good understanding of the fine-scale impacts of predation, which were relatively significant.”

“Their recommendations were to think about a mix of approaches,” Dr. Callaway continued.  “Predator removal at hot spots could have some effect, although in another paper they found that was really challenging to keep predator numbers low without significant efforts in removing them.  But they also highlighted given the relationship between temperature and timing of predation, for the hatchery fish, if you can release them earlier and get them downstream when temperatures are cooler, they are likely to have lower predation rates.  They also highlight the importance of habitat restoration and creating refuges for these fish.  They recommend a suite of different activities that might reduce predation rates.”

Paper: Flow modifications and chinook salmon  migrations and returns on the Stanislaus River

The third paper Dr. Callaway spoke about was a study looking at two decades of flow modifications and the effects on chinook salmon migration and returns on the Stanislaus River written by Dr. Anna Sturrick and her colleagues.

“Also they found that the flow modifications, the reduction in the variability of flows on the rivers can lead to a reduction in the timing of when the migration occurs and reduced genetic diversity within the population,” he continued.  “With a high level of natural variability in flows that existed in our river systems over time, this has resulted in fish populations that have a very diverse mix of individuals in terms of their timing of when they are going to migrate.  Some migrate early, some migrate mid-season, and some migrate later in the late part of the spring.  Modified flows now are selecting for a much less diverse population, and so what we need to think about is that loss of diversity, especially with climate change, will reduce the resilience of these populations to be able to respond to future changes.”

“As with the other papers, they acknowledge it’s not just flow modifications that are causing these changes, such as loss of habitat and warming temperatures.”

“Altogether these three papers really highlight the mix of factors that are affecting fish populations: habitat and connectivity, predation, temperature, and flow and in a variety of different ways so if we want to have an effective restoration effort, we really need to think about all of those different factors to improve conditions for fish,” said Dr. Callaway.  “Given how impacted the populations have been, no single one is going to be a magic tool that’s going to cause incredible responses, but really we need to think about addressing all of those.”

The science needs assessment is an effort co-hosted by the Delta Independent Science Board and the Delta Plan Interagency Implementation Committee.  It’s been in the development stages for the last 6 to 8 months and has grown out of the science and funding and governance initiative that’s been going on for a number of years.  The goals for this workshop are to identify science that will address long-term management challenges, especially those around climate change, and then to discuss how to organize the science enterprise to address those challenging long-term issues.

The workshop was originally scheduled for the spring, but had to be postponed until October.  Given the postponement, they have been holding a series of online pre-workshop discussions.  At the time of Dr. Callaway’s report, they had already held two so far that were quite successful with close to 100 participants for each of the discussions online.  The third discussion was held July 28, and the last discussion will take place on September 9 with the workshop occurring in early October.

“The Science Action Agenda is a critical document that identifies the science actions needed to meet current management needs,” said Dr. Callaway.  “The current Science Action Agenda was developed in 2017 and runs through 2021.  It’s a science program-led effort but with broad community engagement, and the effort to update it is currently underway given that we really want to facilitate this broad engagement.  The focus of the SAA is on the science actions, but the update is intentionally starting with identification of management questions.  This is driven by the recommendation from DPIIC and others to link management questions to science actions.  There will be a workshop on management questions on September 29.”  Click here for more information and to register.

The Interagency Ecological Program has rescheduled their postponed workshop to occur in ten 2-hour sessions on Tuesdays and Thursdays from August 25 to October 13 with the same topics that would have been covered in the in-person workshop.

In the spring, the Bay-Delta Science Conference will be held as a virtual conference in March or April.  There will be a call for abstracts in September or October.  This year, it will be held jointly with the Interagency Ecological Program.

By the numbers report