REACTIONS: Organizations and water agencies react to DWR’s issuance of a Notice of Preparation for the Delta conveyance project.

Yesterday, the California Department of Water Resources (DWR) released its Delta Conveyance Notice of Preparation which begins the preparation of an Environmental Impact Report (EIR) for the Delta conveyance project, which DWR acknowledges that the proposed single tunnel is a new project, and not a continuation of the California Water Fix permitting process.

Here’s what organizations and water agencies had to say.  (This post will be updated as more reactions are received.)

From Dan Dunmoyer, President and CEO of the California Building Industry Association: 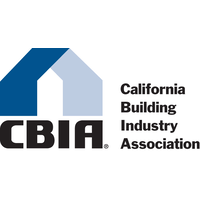 The California Building Industry Association praises Governor Newsom and
his Administration for moving forward with plans to modernize our aging
water distribution infrastructure. This plan will help guarantee the reliable
source of water we need to support additional housing necessary to meet
the needs of California’s population. We are eager to work with the
governor, DWR and other agencies to see this project to completion.

From Michael Quigley, co-chair of Californians for Water Security:

Our broad coalition of business, labor, environmental, minority and community groups support the Governor’s plan to modernize our state’s main water distribution infrastructure. Today’s release of the Notice of Preparation by the Department of Water Resources is a crucial next step moving this project forward. We’re eager to review and provide comments on the state’s proposed project alternatives to ensure that the project protects water security for the state while providing enough capacity to ensure the project is financially viable. Californians for Water Security stands ready to support this project at the local, state, and federal level.

CWS supports a Delta Conveyance project that would:

From Don Nottoli with the Delta Counties Coalition:

In response to the Notice of Preparation by the California Department of Water Resources (DWR) for review of a single tunnel through the Sacramento-San Joaquin Delta, Don Nottoli, chair of the Delta Counties Coalition (DCC), made the following statement on behalf of the five jurisdictions that would be most negatively impacted including Contra Costa, Sacramento, San Joaquin, Solano and Yolo Counties:

“It’s been 11 years since the introduction of the Bay Delta Conservation Plan Twin Tunnels proposal, and nearly a year since Governor Newsom’s withdrawal of California WaterFix Twin Tunnels project. It appears DWR is pursuing another inadequate and scientifically flawed project with one tunnel.

For several years, the Delta Counties have participated in good faith with the Natural Resources Agency and DWR, sharing why they don’t support an economically and environmentally costly Delta tunnel project, and suggesting ways to meet state water supply needs without harming the Delta. Today’s announcement does not reflect an understanding of the Delta’s core values or concerns. Clearly, a few meetings and a constrained stakeholder committee run by the tunnel construction joint powers authority are no substitute for real collaboration.

Unfortunately, in the last year, little has been done to address major problems in the Delta, including worsening water quality, crashing fish populations and inadequate maintenance of existing local, state and federal infrastructure needed for a vibrant economy. Alternatives to protect and enhance water supply reliability and better protect fisheries are available that would avoid the devastating impacts on Delta communities, economy and wildlife that would result from the current tunnel proposal. Yet the state has not meaningfully consulted with the Delta counties to develop these alternatives, instead focusing on only a tunnel to route water around the Delta. The State’s claims regarding the probability of Delta levee breaches resulting from earthquakes fall short because comprehensive Delta-focused, peer-reviewed, scientific studies have not been completed.

The health of the Delta – both its communities and the environment – depends on freshwater flows through the Delta from the Sacramento River. The Tunnel proposal would remove a significant amount of those freshwater flows from their natural course through the Delta. A single tunnel could still divert up to nearly half of the average flow of the Sacramento River and make conditions in the Delta worse, not better. Today’s announcement is a missed opportunity to get past the old conflict-ridden rivalries and pursue different and more fruitful approaches that would actually increase statewide water supplies. Instead, it’s more of the same divisive top-down approach pursued by past administrations.”

“Metropolitan welcomes progress on this long-overdue upgrade to the statewide water delivery system, which will better prepare California for climate change and result in more environmentally sensitive management of the Delta. There is simply no way for California to prepare for the future without a water system in the Delta that can safely and reliably capture peak storm flows when they happen. The project described in the NOP will support a sustainable and resilient water supply for the state, while protecting the Delta’s ecosystem. Metropolitan appreciates the efforts by the Newsom Administration to advance a balanced and comprehensive portfolio of water actions, including Delta conveyance. We hope this process provides urgency for this project that will resolve a water system problem that has faced California for decades.”

From the Orange County Business Council:

“Orange County Business Council is pleased that the state is moving forward with the initiation of the environmental review process for the improved Delta Conveyance.  Southern California’s homes, farms, and businesses depend on this conveyance system to deliver a reliable water supply to fuel the economy. We must take steps now to protect these supplies and ensure that it continues to be a reliable source of water for generations to come.”

From Barbara Barrigan-Parrilla, executive director of Restore the Delta:

“We are disappointed that the notice of preparation for the Delta tunnel project was released today because:

“We have consistently maintained that regional sustainability projects found in Governor Newsom’s Water Resilience Portfolio should be prioritized to reduce dependence on Delta water exports before moving forward with the tunnel.  Instead, we have crucial Delta needs once again taking a backseat to a project that Californians do not want – especially on the heels of the Trump water plan.”

“Every journey begins with a single step and we are pleased that through today’s notice the State has advanced the process of creating a more secure water supply for the 27 million Californians who depend on the State Water Project for drinking water.

Crumbling infrastructure in the Sacramento-San Joaquin Delta threatened by earthquakes and climate change must be fixed, and today’s notice that environmental documents will be prepared for the construction of a modern pipeline through this region is good news for Southern California and the state as a whole.

Two-thirds of Southern California’s water supplies come from the Sierra Nevada Mountains via rivers and streams that flow to the Delta. That water moves through fragile dirt levees vulnerable to earthquakes, sea level rise and natural disasters. Updating this system is critical to the success of the state’s 2020 Water Resilience Portfolio, which includes recommended actions for dealing with some of California’s biggest challenges including extreme droughts and floods, rising temperatures and aging infrastructure. Building a modern pipeline known as single-tunnel Delta Conveyance is critical to ensuring a reliable water supply.”

From Jennifer Pierre, General Manager of the State Water Contractors:

“We applaud the Newsom Administration for moving the ball forward on a single-tunnel Delta Conveyance project. There’s no question that a Delta tunnel is one of the critical and necessary solutions for ensuring that Californians have a reliable water supply for their homes and businesses amidst the growing threats and impacts of climate change.

Faced with the realities of more intense droughts and floods, the State Water Contractors have built local and regional projects to diversify and expand their water supplies, and they continue to explore new ways to serve their customers into the future. For most of our members, it’s a cost-effective supply even as they invest to diversify their portfolios. However, we need to do everything we can to prepare for tomorrow and that includes building a tunnel in the Delta to protect the future health of our urban and agricultural communities as well as the environment.”
Jennifer Pierre
General Manager
State Water Contractors