QUESTION: Delta Stewardship Council endorses Delta Plan amendment on conveyance, storage, and operations, but what does that mean?

What is the effect of the amendment on the California Water Fix project? Randy Fiorini and Osha Meserve weigh in

This is the first of an occasional feature here on Maven’s Notebook where I will ask a really wonky question about California water and ask people to weigh in.  This month’s question is regarding the recent Delta Plan amendment endorsed by the Delta Stewardship Council.  Randy Fiorini, Chair of the Delta Stewardship Council, and Osha Meserve, an attorney representing Local Agencies of the North Delta and other Delta interests, weigh in.  (Next up: unimpaired versus functional flows.)

At the June 22nd meeting of the Delta Stewardship Council, the council members voted to endorse an amendment to the Delta Plan to promote options for water conveyance, storage systems, and the operation of both.  The amendment provides recommendations on the characteristics of conveyance, storage and operations that would contribute to a coordinated system with the improved flexibility necessary to achieve the state’s coequal goals of water supply reliability and ecosystem restoration.  The amendment is proposed to be included as part of the overall Delta Plan that was originally adopted by the Council in May 2013.

The 2009 Delta Reform Act recognized that the state needed to change the way it uses the Delta, so the legislation did several things, among them: it established a policy of reducing reliance on the Delta through a statewide strategy of investing in improved regional supplies, conservation, and water use efficiency; and it also established the coequal goals of water supply reliability and ecosystem restoration as the overarching policy of the state.  To manage the resources of the Delta, legislation created the seven-member Delta Stewardship Council and charged it with developing a comprehensive, long-term management plan for the Delta; it also directed the Council ‘to promote options for new and improved Delta conveyance, storage systems, and the operations of both in order to achieve the stated coequal goals.’  In May of 2013, the Council did adopt the first Delta Plan, which contained 14 regulatory policies and over 70 recommendations.

At the time the Delta Reform Act was passed, the legislation provided that if the Delta tunnels project (then called the Bay Delta Conservation Plan or BDCP) would be if approved as both a Natural Community Conservation Planning (NCCP) program by the State and a Habitat Conservation Plan (HCP) by the federal government, it was to be automatically incorporated into the Council’s Delta Plan. The NCCP/HCP planning process is a much more intensive planning process that addresses ecosystem as well as infrastructure issues in exchange for 50-year permits to operate the project.  So in anticipation of this, the Delta Plan as originally adopted in 2013 did not address conveyance but did provide that if the BDCP was not completed by January 2016, the Council would revisit the issue.

Eventually, the uncertainty in the outcomes of the Bay Delta Conservation Plan caused the Brown Administration to change course and in April of 2015, it was announced that the project would return to the more traditional process and seek consultation and biological opinions for the new facilities. The new water infrastructure facilities would now be called “California Water Fix”; restoration activities, greatly downscaled to about one-third of the BDCP’s acreage, would be pursued separately under the “California Eco Restore” program.

In response, the Delta Stewardship Council began the process of developing the conveyance, storage, and operations amendment in August of 2015.

WHAT’S IN THE AMENDMENT?

The conveyance, storage, and operations amendment includes recommendations for infrastructure and operations that are intended, in combination with existing Delta Plan policies and recommendations, to further the coequal goals.  The amendment calls for improved conveyance with multiple diversion locations in the Delta in order to provide flexibility in operations; new and expanded surface water reservoirs and groundwater storage to provide multiple benefits; and integrated operations of conveyance and storage systems in a manner that will realize their full and combined potential.

Amendment language also addresses community impacts by recommending project proponents consider and protect the unique character and historical importance of legacy communities, be consistent with the State’s policy regarding the human right to water, and incorporate good neighbor policies to avoid negative impacts on agricultural lands, residents, and businesses.

NEXT STEPS FOR THE AMENDMENT

The endorsement of the conveyance, storage, and operations amendment now begins the required environmental review process before its final adoption, albeit at a programmatic level and not the more detailed project level report; the amendment will also be reviewed by the Delta Independent Science Board this summer.

The draft programmatic environmental review report is expected in fall of 2017.   There will be additional opportunities for public comment at that time.  Once the environmental review report is finalized, the Council will vote on acceptance of the environmental report and adoption of the amendment.  It would then be incorporated into the relevant chapters of the Delta Plan, the majority being in Chapter 3; the narrative and recommendations would be added to the recommendations and policies already described in the chapter.

THE CALIFORNIA WATER FIX AND THE COUNCIL

The Delta Reform Act requires that any State or local agency that is proposing to carry out, approve or fund a plan, program, or project must certify that it is consistent with the Delta Plan’s regulatory policies.

The term “covered action” and is defined by the Delta Reform Act in Water Code section 85057.5(a)) as:

“a plan, program, or project as defined pursuant to Section 21065 of the Public Resources Code that meets all of the following conditions:

Will occur, in whole or in part, within the boundaries of the Delta or Suisun Marsh;

Will be carried out, approved, or funded by the state or a local public agency;

Is covered by one or more provisions of the Delta Plan;

Will have a significant impact on the achievement of one or both of the coequal goals or the implementation of government-sponsored flood control programs to reduce risks to people, property, and state interests in the Delta.

The California Water Fix project meets the requirements set forth in the legislation as a covered action, so therefore the Department of Water Resources will have to certify that it is consistent with the regulatory policies of the Delta Plan.  That self-certification can then be appealed to the Council, and due to the controversial nature of the California Water Fix project, an appeal is virtually certain.

SO WHAT DOES IT ALL MEAN?

Given the Conveyance, Storage, and Operations amendment is only adding recommendations and not enforceable regulatory policies to the Delta Plan, what effect do you think passage of this amendment will have on the California Water Fix, and ultimately conveyance in the Delta?

I posed this question to Randy Fiorini, Chair of the Delta Stewardship Council; and Osha Meserve, counsel for Local Agencies of the North Delta, Friends of Stone Lakes National Wildlife Refuge and other Delta interests.

Here’s what they had to say. 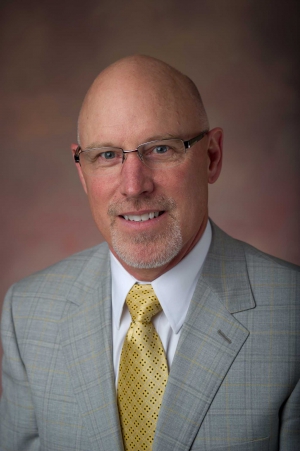 It is important to note that the Delta Plan already includes 14 policies that do have regulatory effect over projects that occur in whole or in part in the Delta, so-called “covered actions.” These regulations include requiring project proponents to prove they have reduced their reliance on the Delta; that the project meets the flow objectives of the State Water Resources Control Board’s Bay-Delta Water Quality Control Plan; protects opportunities to restore habitat; and is located to avoid or reduce conflicts with existing land uses, or those uses described in general plans. It also sets threshold requirements for project mitigation and requires the use of best available science.

The proposed Delta Plan amendment for conveyance, storage and operations (CSO) describes the types and characteristics of infrastructure that could contribute to the coequal goals (though it does not identify specific projects), and identifies recommended criteria for project proponents to use in evaluating and developing new conveyance and storage projects. For example, the draft amendment encourages new or expanded storage projects that promote the interconnectedness of surface water and groundwater supplies and helps stabilize groundwater basins; it also recommends that new projects develop operating plans to meet specific and measurable targets and objectives, and incorporate adaptive management.

The proposed amendment results from over a hundred hours of public meetings and several public drafts, and comments from individuals and entities that represent interests across California. All this reminds us once again why the Delta and achieving the state’s coequal goals is considered one of the most challenging. 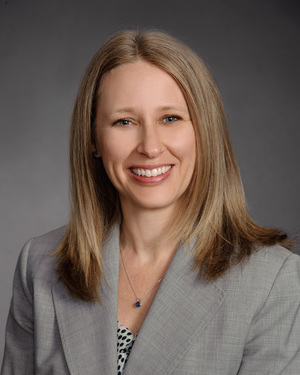 While some of the Delta communities’ and environmental organization concerns are mentioned in the proposed amendments, these weak provisions does nothing to ensure access to clean drinking water and irrigation water for the Delta’ cities and Prime Farmland, as well as fishing and water-contact recreation, or to protect local water uses generally.  So while exporter water supplies might become more reliable with the Delta Tunnels, local water supplies will become too salty, too warm, and otherwise unreliable.  The Council is doing nothing to prevent that outcome, in violation of the coequal goals.  Water supply reliability includes the Delta and the surrounding cities.

The Council’s weak, pro-Delta Tunnel amendments are a missed opportunity for the Council to positively influence conditions in the Delta.  In particular, any conveyance amendments should require preparation of a water supply analysis to show the water is actually available  for any new diversions and a cost-benefit analysis showing the project could pencil out for ratepayers.  At the water rights proceedings at the SWRCB, we have seen evidence that the Delta Tunnels would divert Sacramento river water to which DWR and BOR are not entitled, making the petition a request for a new water right that should be subject to a water availability analysis. In addition, based on the information presented at Westlands Water District last week, would-be ratepayers in the San Joaquin Valley are balking at the costs when they see no new water would be provided by the project.