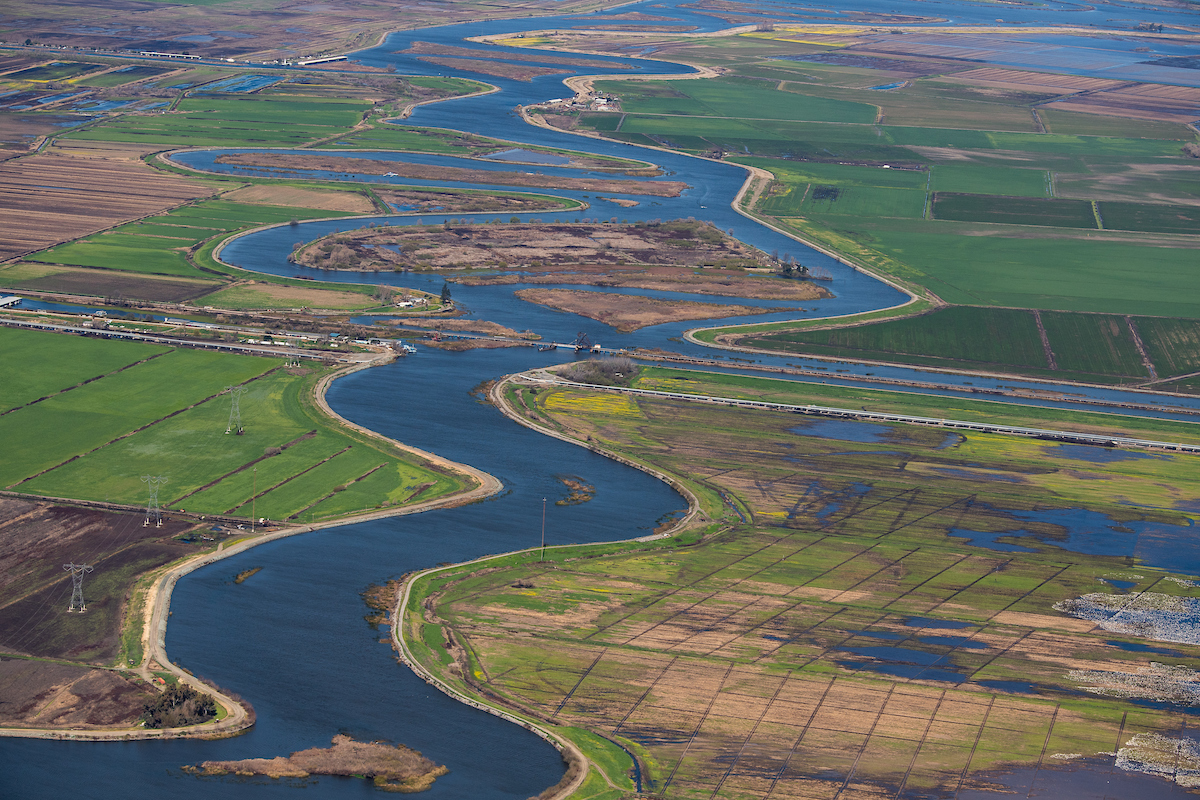 At the end of March, the Department of Fish and Wildlife issued a new “Incidental Take Permit” (or ITP) for the State Water Project.  This permit governs the operations of the State Water Project and enables DWR to operate in compliance with the California Endangered Species Act (CESA).  The approach of pursuing a separate state CESA permit is a new path for DWR, who in the past, pursued compliance with federal and state endangered species acts through a ‘consistency determination’ with the federal operating rules.

However, the new state permit that was issued is substantially different than the federal operating rules for the projects and throws into question how the two water projects, which draw from the same Delta channels, can operate under such vastly different operating rules.

After the permit was issued, the Metropolitan Water District board voted to sue the state over the permit at its April board meeting.

On April 14, Director of the Department of Fish and Wildlife Chuck Bonham and Director of Department of Water Resources Karla Nemeth sent a letter to Chair Gloria Gray and board members of the Metropolitan Water District.

In the letter, they explain their reasoning behind pursuing the separate state permit rather than a consistency determination with the federal biological opinions as a response to President Trump’s presidential memorandum shaping them and greatly accelerating their completion.

“This new approach strengthens water security for Southern California communities by ensuring the continued lawful operation of the State Water Project for the next ten years regardless of what happens in Washington, DC,” the letter states.

The letter also outlines the concerns with the federal biological opinions, which they do not see as being protective enough, therefore the state’s permit contains additional elements to increase protection for endangered species; the state is also litigating to hopefully force federal operations to more closely align with the state approach.

“[T]he State Water Project cannot be forced to absorb the burden of environmental compliance that belongs to others, and we continue to work with the federal government in an effort to resolve our differences on endangered species protections,” the letter states.

The letter closes with assurances that the state is continuing to steadfastly pursue the voluntary agreements.

April 14 Ltr to Chair Gray and Board

He pointed out that the state’s permit does not replace or eliminate the State Water Project to comply with the federal ESA and 2019 biological opinions.  He also noted that there is no technical or scientific justification to conclude that the Incidental Take Permit is more protective than the federal biological opinions simply because it does not seek to increase State Water Project exports.

“By creating two sets of operating rules for the CVP and the SWP, the ITP creates operational conflicts, with the SWP reducing exports at times that it has limited ability to change flows in Old and Middle Rivers,” the letter states.  “This is further exacerbated by shifting direction to make operational decisions from DWR to DFW without any obligation for DFW to justify those decisions … ”

Metropolitan’s letter also notes that the ITP arbitrarily reduces water supply in some year types such as dry and below normal water years without scientific justification, and while the operational criteria in the ITP does allow for some additional water to be diverted in very wet years, the majority of that water must be paid back in other water years, and that isn’t scientifically justified, either.

“It is unfortunate that the state decided to file litigation challenging the jointly proposed operations plan and federal permits for the State Water Project and the Central Valley Project,” the letter states.  “This has halted the historic voluntary agreement process which, ironically, would provide greater outflows, greater conservation, more robust monitoring, and more funding commitments shared across a broad array of diverters throughout the Delta watershed than the state has unitlaterally imposed on the State Water Project alone in the CESA permit.”

“Metropolitan urges the state to reinitiate the historic voluntary agreement discussions and commit to reconsidering this ITP.”

Read the full letter below.