Yesterday, the Metropolitan Water District Board of Directors voted to support full construction of the California Water Fix, although nowhere near unanimously with vote shaking out to roughly 61% to 39%.

The board of directors of the Metropolitan Water District of Southern California voted today to provide the additional financing necessary to allow for the construction of the full California WaterFix project.

The board authorized $10.8 billion for the project to modernize the state’s aging water delivery system, making Metropolitan the primary investor in the project and more than doubling the agency’s initially planned investment to ensure the project is completed as originally proposed and studied.

“For decades, we have sought a solution to the problems of the Bay Delta, problems that put Southern California’s water supply at risk,” Metropolitan board Chairman Randy Record said. “We finally have that solution, California WaterFix. We simply could not jeopardize the opportunity to move this long-sought and much-needed project forward.”

WaterFix will be paid for by the people and businesses that use the water it helps deliver via the retail water agencies and cities that serve those customers. Metropolitan’s financing of the full project is expected to cost households on average up to $4.80 a month, though that average cost would be reduced as Metropolitan recoups some of its investments from the agricultural sector. Metropolitan will be selling or leasing capacity in the tunnels to allow water deliveries or exchanges for other parties.

About 30 percent of the water that flows out of taps in Southern California comes from Northern California via the Sacramento-San Joaquin Delta. But the Delta’s delivery system is badly outdated, its ecosystem is in decline and its 1,100-mile levee system is increasingly vulnerable to earthquakes, flooding, saltwater intrusion, sea level rise and environmental degradation.

Attempts to help the Delta have led to regulatory restrictions that have reduced water exports from the region. California WaterFix would modernize the state’s water delivery system by building three new water intakes in the northern Delta and two tunnels to carry the water under the Delta to the existing aqueduct systems in the southern Delta that deliver water to cities and farms.

In October 2017, Metropolitan’s board initially voted to participate in WaterFix and
contribute up to 26 percent of its $17 billion cost, or about $4.3 billion.

But the majority of federal agricultural contractors who also import supplies via the Delta have yet to commit to investing in the project, leaving part of the project’s costs unfunded. In February, the state proposed building the project in stages instead–starting with two intakes and one tunnel, with a capacity of 6,000 cubic feet per second. An additional intake and tunnel would be added when funding allowed.

In today’s action, Metropolitan’s board chose between supporting this staged construction of the project or helping finance the full 9,000 cfs project all at once, with the hope of recouping the investment from agricultural interests once the project is completed. Staging the project also would result in potential permitting delays associated with the change in approach.

Under the staged approach, the cost of building one tunnel would be about $11.1 billion, with Metropolitan’s share of those capital costs coming in at $5.2 billion. The board ultimately voted to support building the full project all at once at an estimated cost of $16.7 billion, with Metropolitan’s investment at about $10.8 billion in today’s dollars.

Kightlinger added that investing in WaterFix does not change Metropolitan’s commitment to local supply development and conservation.

“This investment is just one part of ensuring Southern California and its $1.3 trillion economy has a reliable water supply in the age of climate change,” he said. “We need a diverse portfolio, including water recycling, storm-water capture, and increased conservation. We will continue to work hard and invest in those projects.”

“This is a historic decision that is good for California – our people, our farms and our natural environment.”

Governor Brown yesterday sent a letter to Metropolitan Water District board members urging them to support the project – in full. 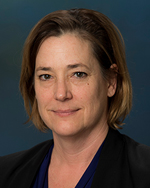 Today, the Metropolitan Water District Board (MWD) voted to 61% to 39%in support California WaterFix in its entirety. The Department of Water Resources released this statement from Director Karla Nemeth regarding the Board’s decision:

“Today’s decision by MWD’s Board is a clear demonstration that they see the public benefit and value in pursuing WaterFix. This smart investment will protect billions of dollars in ratepayer investment, provide generations of Californians with clean drinking water and address the Delta’s worsening health.

While Los Angeles and Southern California are wisely working to become more self-sufficient through local projects such as groundwater recharge and recycling, this imported supply is still critical to the region’s success especially under climate change. DWR looks forward to our continued partnership in their local efforts.

The state is eager to move forward with WaterFix to protect the Delta ecosystem and ensure a reliable water supply for the future. I am pleased that the directors of MWD, who have a long history of forward-thinking leadership in water management, are making progress to build on their local sustainability efforts by shoring up the reliability of this critical water supply.”

From Food and Water Watch:

“Food & Water Watch is outraged by Metropolitan Water District’s vote to deliver a blank check for almost $11 billion toward the wasteful Delta Tunnels project. It is appalling to raise Los Angeles families’ bills for a scheme that will needlessly make Southern California’s water more expensive, while benefiting corporate agribusiness. We thank Mayor Garcetti’s appointees on the Metropolitan board for unanimously voting against it, along with representatives from the San Diego County Water Authority and the Cities of Santa Monica and San Fernando. The tunnels project is still missing at least $7 billion of the remaining costs, not including interest payments, and remains unsecured. This fight is not over.”

“Today Met’s directors voted to saddle their ratepayers with up to $50 per month charge in order to subsidize water to almond growers in the western San Joaquin Valley. GGSA and allies are already in court challenging this project because federal fish experts have found the twin tunnels will be a disaster for salmon.”

After a week of flip-flopping between two tunnels or one tunnel for now, the Metropolitan Water District of Southern California (MWD) approved construction funding for the twin tunnels today. The twin tunnels, formally dubbed as the “CA WaterFix,” is a controversial dual conveyance system that would divert Sacramento River water through two 4,500 cfs, 35 mile-long, 40 feet in diameter tunnels dug 150 feet under the Delta to send water south.

The MWD board of directors agreed to commit $10.8 billiion (or possibly more without a spending cap) to cover 64.6 percent (or more) of the upfront construction costs of the $17 billion project.

Restore the Delta’s executive director, Barbara Barrigan-Parrilla said,
“We may have lost the battle today, but Prop 218 and Prop 26 violations will lead to more litigation where we will win the war. Today’s decision to issue a blank check to MWD General Manager Jeffrey Kightlinger for project construction marks day one of the next fifteen years of water wars in the courts where we are determined to prevail. Litigation is a form of collaboration, and we look forward to continuing this work with our partners to protect and preserve the San Francisco Bay-Delta estuary, its wildlife, and its people.

“Despite MWD’s approval to fund 64.6 percent or more of the twin tunnels total costs, it is still unclear as to who will be financing the remainder of the project after Central Valley Project contractors said they would not fund the project, and Santa Clara Valley Water District voted to only participate in a one tunnel project. Without major State Water Project and Central Valley Project contractors on board, MWD will have to recruit private investors to create a private-public partnership—a clear attempt to undo protections of California water as a public trust resource. Without private investors, MWD’s ability to spend more than $10.8 billion on project costs could further burden Southern Californians with even higher tax increases than currently presented.

“Equally disingenuous is MWD’s reference to improved water quality on its project charts that show decreased dissolved solids and bromides in their Delta water deliveries. What they failed to mention to their board is that this project would leave 4 million residents in the San Francisco-Bay Delta, fisheries, and Delta wildlife with further contaminated water. MWD has chosen to turn a blind eye to the dozens of cities in the greater Los Angeles area who are living without access to clean, safe drinking water. Instead of providing essential upgrades to the current system, they have chosen to shoulder middle-class and working-class ratepayers with tax increases for a project that does not provide new water nor does it improve water quality. This project is not for all Californians, it is for California’s financial elite.”

From the Southern California Water Coalition:

“We commend the leadership of the Metropolitan Water District of Southern California for taking the bold, historic step to advance California WaterFix. Today’s vote represents an investment in our future, and will ensure that millions of Californians continue to have clean, reliable and affordable water for decades to come.”

The diary of a confessed obsessive-compulsive California water news junkie

This website was developed, built, and implemented by Chris Austin (Maven) using the Smartline theme by Theme Zee. © Maven's Notebook, 2017

Thank you for visiting!