THIS JUST IN … Final Survey of 2017 Finds Water-Rich Snowpack: Statewide 196% of May 1st average 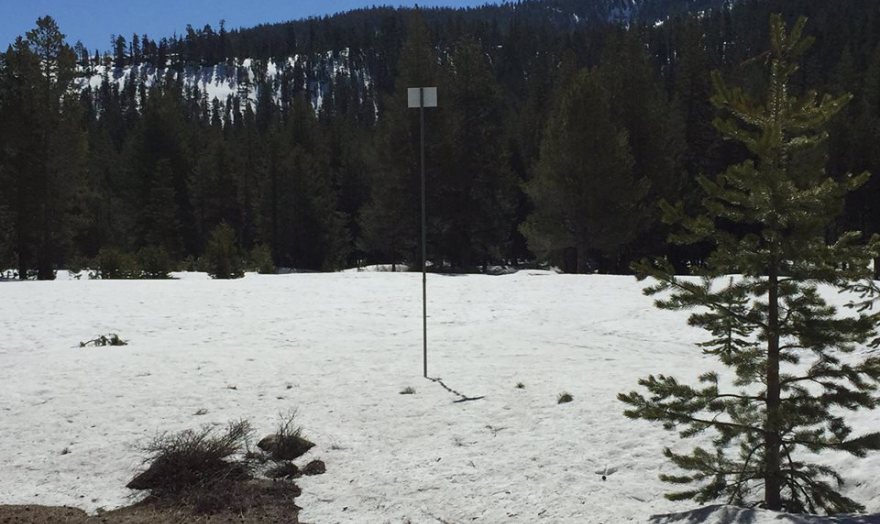 Today’s manual snow survey by the Department of Water Resources (DWR) at Phillips Station in the Sierra Nevada found a Snow Water Equivalent (SWE) of 27.8 inches, 190 percent of the May 1 long-term average there (14.6 inches).

“California’s cities and farms can expect good water supplies this summer,” said DWR Acting Director Bill Croyle. “But this ample snowpack should not wash away memories of the intense drought of 2012-2016. California’s precipitation is the most variable in the nation, and we cannot afford to stop conserving water.”

Snowpack water content is measured manually on or near the first of the month from January to May. The Phillips snow course, near the intersection of Highway 50 and Sierra-at-Tahoe Road, is one of hundreds surveyed manually throughout the winter. Manual measurements augment the electronic readings from about 100 sensors in the state’s mountains that provide a current snapshot of the snowpack’s water content.

The first of April is normally when snowpack water content is at its peak.

Frank Gehrke, chief of the California Cooperative Snow Surveys Program, conducted DWR’s survey today at Phillips and said of his findings, 2017 has been “an extremely good year in terms of the snowpack.”

Gehrke said the snowpack is encouraging in terms of surface water supplies. “The thing we’re looking out for is primarily the southern Sierra, where we have full reservoirs and in some cases a huge snowpack,” he said. “We want to make sure that we prudently manage that so we don’t cause any downstream issues.”

California’s reservoirs are fed both by rain and snowpack runoff. A majority of the state’s major reservoirs are above normal storage levels for today’s date. Lake Oroville in Butte County, the State Water Project’s (SWP) principal reservoir, is 91 percent of average for the date (74 percent of its 3.5-million acre-foot capacity). Shasta Lake north of Redding, the federal Central Valley Project’s largest reservoir with a capacity of 4.5 million acre-feet, is at 109 percent of average (94 percent of capacity).