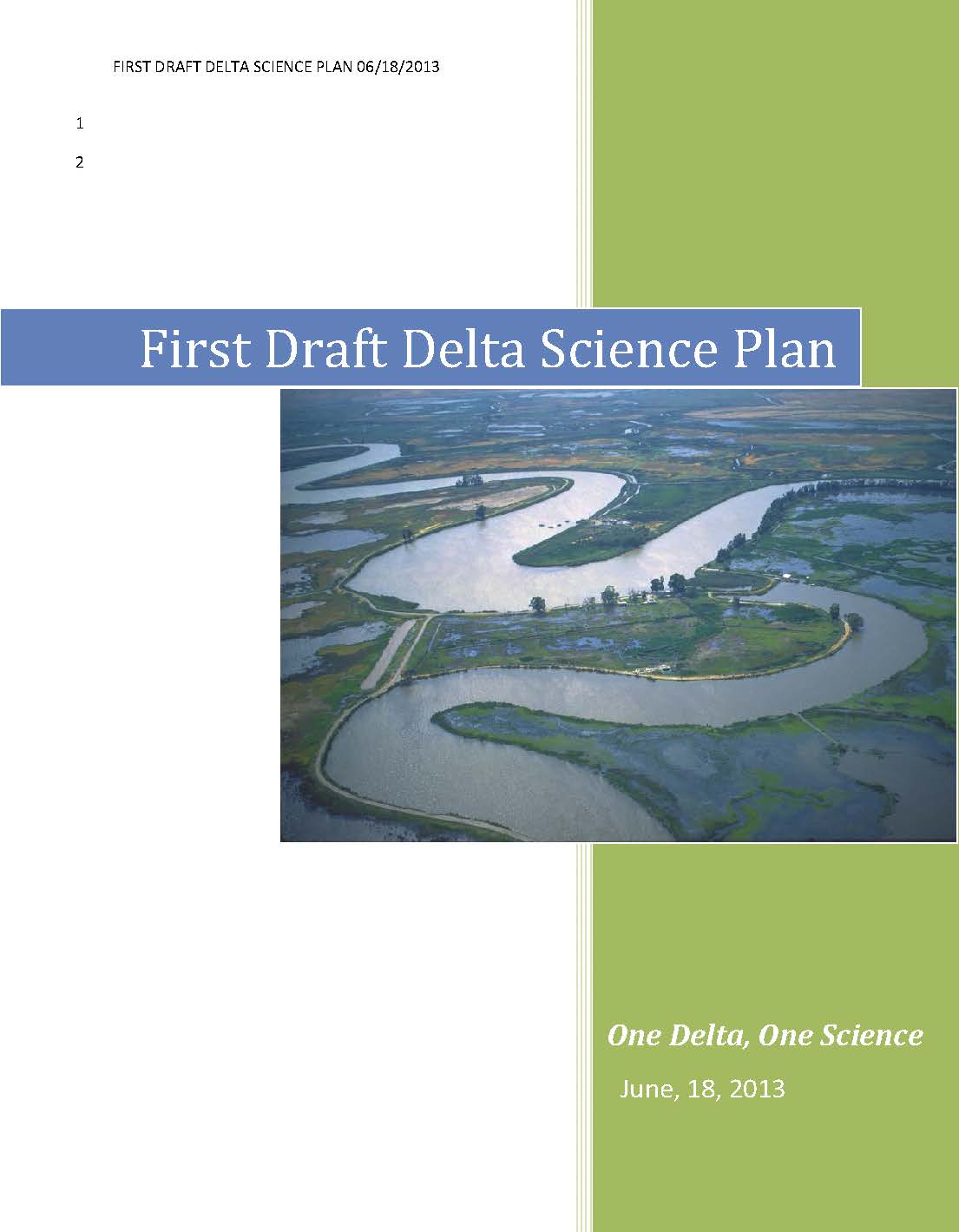 The second draft of the Delta Science Plan has now been posted at the Delta Stewardship Council website and is available for public comment.

The Delta Science Plan defines the vision for Delta science as such:

“This plan lays the foundation for achieving a shared vision for Delta science, ‘One Delta, One Science’ –  an open Delta science community that works together to build a shared body of scientific knowledge. Transitioning from a paradigm of scientists operating in agency and program silos, an open science community will have the capacity to adapt and inform future water and environmental decisions across multiple organizations and programs. It does not mean that the mandates of agencies are compromised, regulatory responsibilities are diminished, or bottom-up mechanisms for shaping the science community are lost. In fact, it is an essential intention of the Delta Science Plan to augment and build on existing efforts and improve the existing science infrastructure where synergies within the science community can be achieved.  The concept is to develop a culture that accelerates knowledge discovery through shared priorities, data, and models. Alternative hypotheses, genuine differences in scientific opinion, new technologies, and a range of modeling approaches are embraced and explored in a structured and transparent manner.”

This is the second draft of the Plan; a third and final draft of the Plan is anticipated to be presented to the Delta Stewardship Council in October.  The Delta Science Program encourages written public comments to be submitted to science@deltacouncil.ca.gov. For comments to be considered for incorporation in the Final Draft Delta Science Plan, they must be received no later than Monday, September 16, 2013.

Have a great weekend!  –Maven