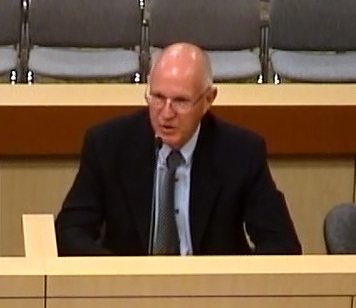 At the August 6th meeting of the State Water Resources Control Board, Delta Watermaster Craig Wilson updated Board members on the activities of his office.