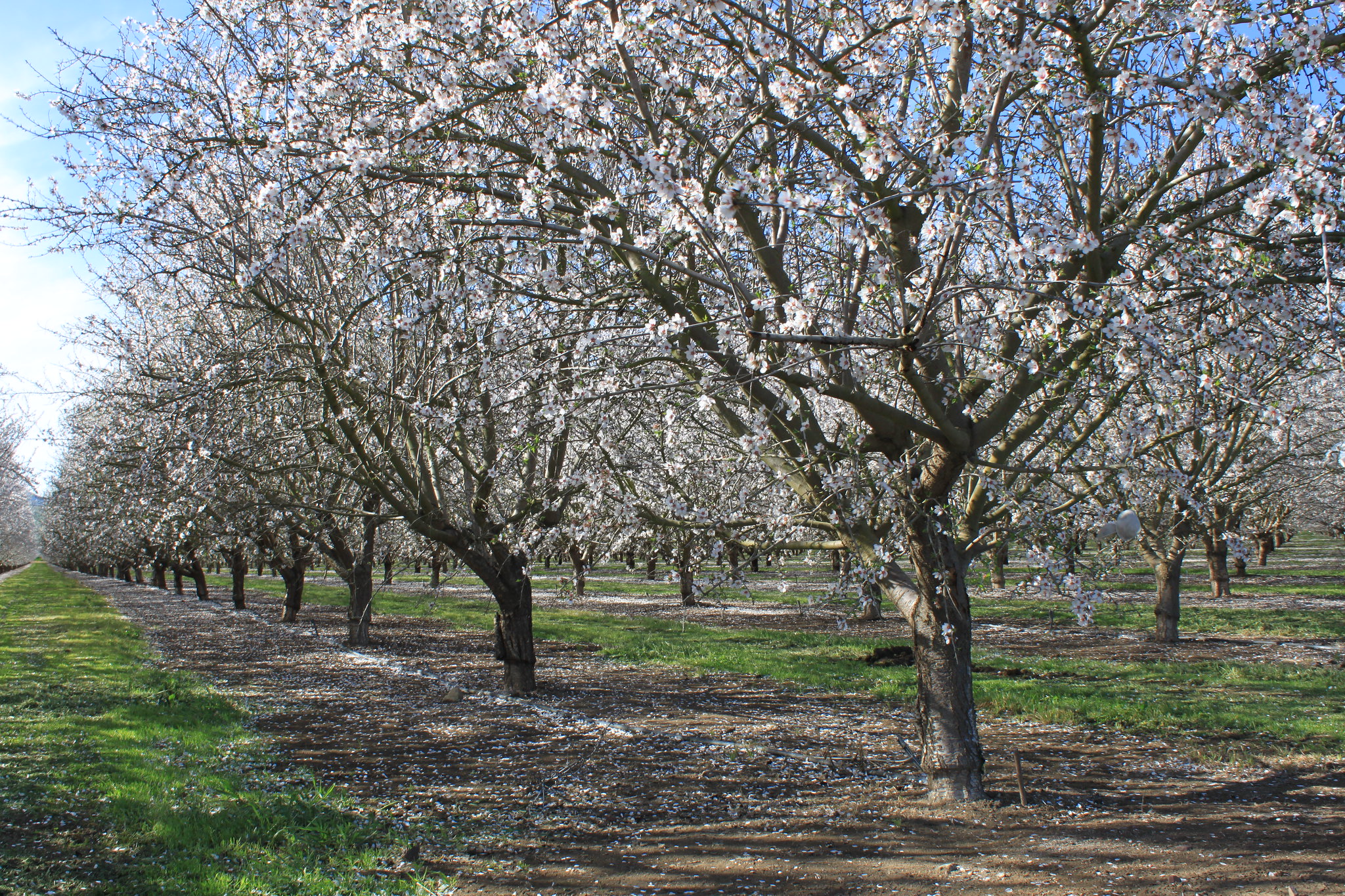 Guest commentary written by David Zeff, a native of the Central Valley, a Marin County attorney, an avid salmon fisherman and a board member of the Golden State Salmon Association:

Earlier this year, the California Almond Board released a report regarding the acreage of almond trees that have reached bearing age and another with totals including young trees.  These reports paint a stark picture of an unsustainable industry that threatens the Bay-Delta ecosystem and California’s salmon fishing jobs.

This increase is accelerating.  The growth in bearing almonds from 2014-2017 (the most recent data) was 426,309 acres.  More trees were planted during those four years than have ever been planted in any other four year period.  In fact, the total for each of those years was greater than for any previous single year – ever.

Further, this increase is concentrated where groundwater supplies are most threatened. The fastest growing counties are Fresno, Kern and Madera counties.  All of those counties are on California’s list of critically overdrafted groundwater basins.

Many of these new almond orchards represent “new” land that had never been irrigated.  And almonds are thirstier than just about every other California crop.

While this massive almond bubble was growing, the California salmon fishing industry was shut down for two years for the first time in state history.  Also, the health of the Bay-Delta ecosystem crashed.  And the California legislature passed the Sustainable Groundwater Management Act (SGMA), requiring agriculture to bring groundwater overpumping under control.

Each of these events should have been a flashing red light for the almond industry.  Unfortunately, all they did was plant more.

Where can we look for a more sustainable approach to managing an industry?  Try the California salmon fishery.

Every year, regulators set a target for the number of salmon that should migrate back to spawn in Central Valley rivers and sustain healthy runs.  Then the number of fish commercial and recreational fishermen are allowed to catch is calculated, based on estimates of the total adult fish in the ocean that year.

The system works – except for one thing.  In most years, Central Valley rivers and the Delta have been turned into death traps for downstream migrating baby salmon because of unsustainable water diversions.  What’s the biggest reason for expanding water demand?  You guessed it – almonds.

It’s hard to imagine a less sustainable approach to water management than this expansion in California almond acreage.

Whereas salmon fishing is limited to guarantee adequate spawning adults, there’s no policy to do the same with almond plantings and California water use.  Yes, SGMA is intended to do that for groundwater use, but the deadline for sustainable pumping is two decades from now.

What about the State Water Resources Control Board’s Bay-Delta flow requirements?   Those are the only standards to protect the salmon runs that fishermen rely on.  The current grossly inadequate standards are 25 years old.  And the State Board’s process to update those standards – and limit overdiversions for almonds – has been stalled for years.

Don’t take this as a criticism of almonds in general.  Northern California farmers with reliable water supplies have grown almonds for more than a century.  Almonds are delicious and nutritious.  In fact, they go well with salmon.  But too much of a good thing isn’t good.

Make no mistake – the water supply bill will come due for the massive unsustainable increase in almond acreage.  Meanwhile – year after year – almond acreage keeps growing.

When that bill comes due, don’t expect the beleaguered Bay-Delta ecosystem or the California salmon industry – with its 23,000 jobs – to balance the books.  We must not sacrifice a sustainable industry to prop up an unsustainable one.

About the Author: David Zeff is a native of the Central Valley, a Marin County attorney, an avid salmon fisherman and a board member of the Golden State Salmon Association

Please note:  The views expressed in this commentary are those of the authors and should not be attributed to Maven’s Notebook.