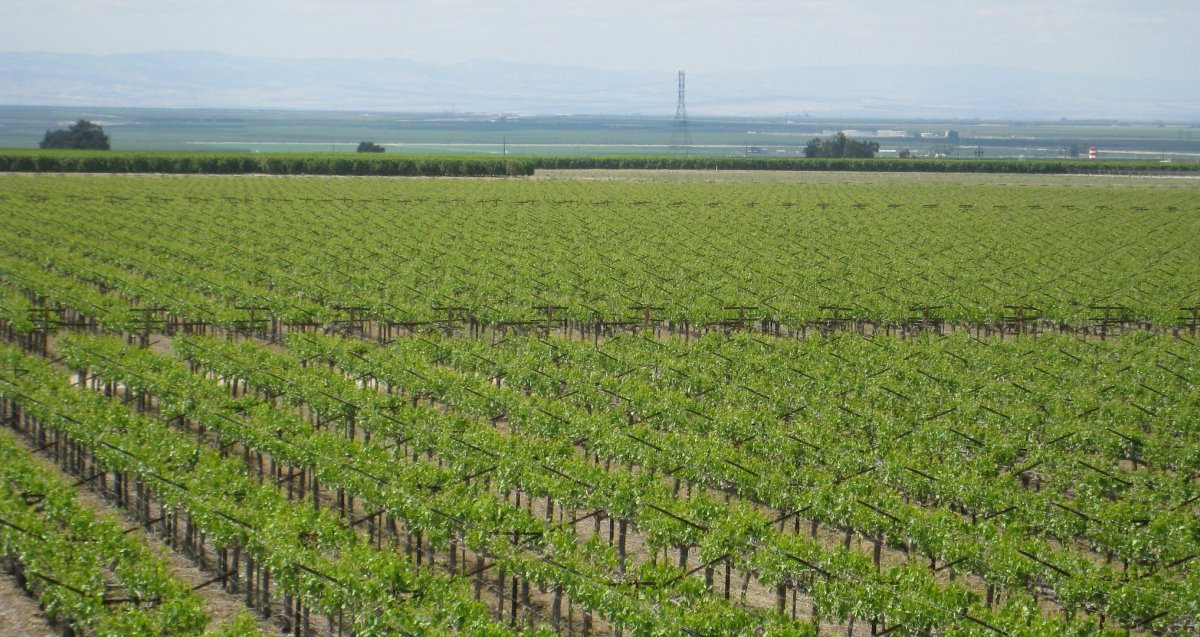 SGMA IMPLEMENTATION: David Orth gives his observations on how sustainable groundwater management is playing out in the San Joaquin Valley

David Orth is the principal of New Current Water and Land, which offers strategic planning, program implementation, and water resource development services.  At the California Irrigation Institute’s 2020 Annual Conference, he gave his observations on how implementation of the Sustainable Groundwater Management Act (SGMA) is progressing, having watched Groundwater Sustainability Agencies (GSAs) form and develop their Groundwater Sustainability Plans (GSPs) since the passage of the SGMA in 2014.

New Current Water and Land is a small strategic planning shop that combines experience in water engineering, finance, district management, and water law to create a strategic planning platform.  Their clients are from the farming community, the investment community, and the lending community.  They also work with one environmental NGO.  Over the last several years, they have monitored over 60 GSAs on behalf on that client base in over 40 subbasins, including about 15 of the 21 subbasins that are considered critically overdrafted.

“Through the course of that, we’ve provided a general risk assessment for our clients by area so they can understand where they really need to pay attention as GSPs are developed in the policy engagement arena,” he said.  “Then we extrapolated that into long-term forecasting of what individual ranch water budgets are going to look like upon full implementation of SGMA.  This has assisted our ag clients in making decisions about redevelopment or acquisition or disposition in how to deal with the new variable that SGMA creates.”

He presented a map of the basins subject to SMGA, noting that most of the San Joaquin Valley is considered in critical overdraft.  “By our estimates, there’s almost 7 million acres that are going to be subject to this significant planning exercise that’s underway,” he said.  “We have forecasted annual overdraft of somewhere in the range of 1.8 to 2.4 MAF per year that we have to address either through supply-side development or demand-side actions.  And according the Public Policy Institute, the estimate is somewhere up to 750,000 acres of land that are going to be fallowed.  So there are significant actions ahead of us.”

The formation of Groundwater Sustainability Agencies was supposed to happen by June 30 of 2017, but that didn’t go as smoothly as expected, Mr. Orth said.

“What I saw and what we observed in a lot of subbasins was what I call a retreat, where entities that had been working together and collaborating on regional water management planning process fractured and went to their respective corners to try to maintain what they thought they had in terms of groundwater and to maintain their local control of their portion of the groundwater basin,” he said.  “That resulted in a situation where we have multiple GSAs and multiple GSPs in virtually all the subbasins that are filing.”

He noted that when the language of SGMA was being negotiated in 2014, a lot of the underlying policy documents called for a single GSA and single GSP per subbasin.  That changed as the legislation was being finalized and it allowed for multiple GSAs and multiple GSPs with the requirement of a coordination agreement in basins or subbasins with multiple GSPs.

“Of the 13 subbasins in the San Joaquin Valley, only 5 of them have a single GSP situation,” Mr. Orth said.  “That means the other eight have multiple GSPs that then have to knit together under this coordination agreement.  In several cases, there are as many as six or seven GSPs for a subbasin that have to be knit together and shown that there are common data and common metrics, and that collectively those plans are going to result in sustainable management of the groundwater basin.  That’s going to prove to be a significant challenge.”

As the organization occurred, he said there also were a lot of different ways the GSAs dealt with stakeholder engagement.  “As we look back now, even those who really focused on engaging stakeholders are going to find themselves criticized for not doing enough, so I think it’s important to recognize that at this stage of the game, it’s not over,” he said.  “We’ve just started, and the stakeholders, if they feel like they haven’t been adequately engaged and represented, have certainly an opportunity with the GSAs to change that dynamic going forward.  But it takes time, a lot of time to engage in this process.”

ISSUES AND CHALLENGES OF SGMA IMPLEMENTATION

Mr. Orth presented a slide listing a handful of issues and challenges they’ve observed, listed in no particular order.

Covering the groundwater basins proved to be a problem in part because of multiple GSAs and in part because there were ‘white areas’ (or undistricted areas) that the counties were charged with the default management GSA responsibility.  He noted that groundwater management to most counties in this state is a new concept, so that was very difficult for some counties to get up to speed on.

There is still some very small overlap areas in portions of the state that under SGMA has to be resolved or it will be considered uncovered.  “How these basically uncovered areas going forward are going to be treated by DWR is a big question,” he said.  “It’s a significant issue in Kern County.  It will be interesting to see how that plays out.  A lot of folks in Kern have scrambled to cover as much of the functional white area as they think they could or as they would able to, so maybe we’ve solved that problem materially without having the entire basin covered by a GSA.”

There is at least one subbasin in the San Joaquin Valley that doesn’t have a coordination agreement that will be ready by the January 31st deadline, and two came together at the last minute.  “Disagreements over sustainable management criteria, disagreements over which data is the right data – ‘I want to use my data not your data because my data says I’ve got less overdraft,’ those kinds of conversations continued and I think they will continue.”

There are certainly significant data gaps out there that are hampering the ability of GSAs to make good decisions to quantify what they think their minimum thresholds are.  “Fortunately, I think DWR recognizes that,” said Mr. Orth.  “SGMA certainly recognizes both in the legislation and the regulations that data gaps are going to exist and there needs to be a demonstration of how the GSA is going to deal with that as they proceed.”

The quantification of safe yield quantification is where the rubber hits the road.  “It’s where people tried to figure out how much of the natural recharge of the groundwater subbasin is mine, and how much can I claim as a result of the management of the surface water that I might get, and so there was a lot of work that went on and some creative discussions and treatment of how precipitation is going to be added to safe yield to determine what you can annually or what a grower can annually pump to reach sustainability,” he said.

As for the allocation of groundwater, most of the GSAs have kicked this down the road.  “A few have discussed that if we’re going to allocate groundwater and implement pumping restrictions, do we allocate it on a gross pre acre basis? Do we allocate it based on historic pumping? Most of the San Joaquin subbasins are in critical overdraft so when you start allocating gross per acre groundwater credits to lands that have never exercised their correlative right to pump, you’re taking away from someone who has historically pumped, and that’s created a bit of consternation within subbasins.”

“In my opinion, there’s an oversubscription in the dependency on additional water supply,” Mr. Orth said.  “We have 2 MAF annual average overdraft we have to make up, and in the San Joaquin Valley, there’s only a fraction of that water that’s available for development that can be affordably captured and banked against that shortage.  So while a lot of the GSPs are saying we’re going to work on the supply side, we’re going to develop all this additional water through recharge and on-farm floodwater utilization, etc. I think we’re going to learn very quickly that we’ve oversubscribed that theory.”

There’s been a lot of discussion around pumping ramp-down rates.  He noted that a few GSAs have laid out things like incremental pumping allowances or transitional pumping that start now and then ratchet down to 2040 what the annual pumping will be in five year increments.  There’s also been a lot of discussion about markets, but so far, really short on details.  Most of the project and management action chapters mention markets as a possible action down the road, but they don’t know how to do it yet.

Dealing with the Safe and Affordable Drinking Water Act objectives and protecting the shallow disadvantaged community wells as sustainable groundwater management is achieved over the next 20 years has become a big topic of discussion, he said.  And most groundwater managers don’t know about groundwater dependent ecosystems, to the GSAs have been struggling to get themselves up to speed on that topic and what to do about them.

EXPECTATIONS AND OBJECTIVES FOR SGMA IMPLEMENTATION FOR THE NEXT TWO YEARS

Mr. Orth then gave his thoughts on what the local expectations and objectives are for those at the grower or GSA level.

“Number one, let’s try to maintain the basic objective of SGMA, that groundwater is managed locally,” he said.  “We can either reject every one of these plans as deficient and the State Water Resources Control Board will wade in and try to manage for us.  That certainly doesn’t work with the local management objective that SGMA laid out, so the expectation is GSAs are going to be given some latitude within the corners of law to figure out how to do this and maintain that local management.”

Time is needed to fill the data gaps, and the data is going to change over the next 20 years, so we need to be iterative and flexible.

“I think the expectation is that we’re going to be able to use the next full 20 year period to achieve sustainability,” said Mr. Orth.  “There is one GSA out there that surprised me that said they were going to be sustainable by 2030.  If I’m a landowner in that subbasin, I’m going to wonder why are you accelerating implementation and what’s that impact on me.  And so, we feel that the full 20 years as provided by SGMA allows for the best avoidance of the significant economic displacement that will occur if we do this wrong.”

How will the State Board enforce against bad actors versus the whole basin has been a big topic of discussion.  “Hopefully in moving forward with the State Board that they recognize the hard work that’s been done at the local level and those that are honestly trying to proceed in a good faith effort are allowed to do so,” he said.

The state needs to continue to look at investment in backbone infrastructure.  “SGMA has a provision at the very beginning that says, sustainable management of groundwater is achieved by more surface water, and that means we need to solve Delta issues, we need to solve storage issues, the state agencies have a role here rather than to just manage groundwater.  The big question that’s on everybody’s mind is, who is going to litigate first?  And what happens once that starts … “