MORE REACTIONS to the passage of HR 23, the Gaining Responsibility on Water Act: Congressmen and organizations issue statements

Yesterday afternoon, the House of Representatives passed HR 23, the Gaining Responsibility on Water Act, by a vote of 230 to 190, largely along party lines.  The bill now moves to the Senate, where Senators Feinstein and Harris have already stated their opposition.

From the House Committee on Natural Resources:

Today, the House passed H.R. 23 (Rep. David Valadao, R-CA), the “Gaining Responsibility on Water Act” or “GROW Act.” The bill addresses underlying federal policy, regulatory and administrative failures that have contributed to the mismanagement of water supplies across the West.

“Today, we take another major step forward to bring our communities the water they contract and pay for by increasing pumping and speeding up the process to approve new water projects. Water is a necessity, and with it California and the entire west will have a brighter future,” Majority Leader Kevin McCarthy (R-CA) said.

The bill builds upon the “Water Infrastructure Improvements for the Nation Act” or WIIN Act passed last Congress which included provisions from the House Committee on Natural Resources to bring drought relief for California and the West by expanding water storage and delivery.

Click here to learn more about the GROW Act.

From the Democrats on the House Committee on Natural Resources:

H.R. 23, which California Democratic Sens. Dianne Feinstein and Kamala Harris strongly oppose, seeks to transfer enormous amounts of fresh water to politically connected agricultural interests in California’s San Joaquin Valley, which is represented partially by H.R. 23 sponsor Rep. David Valadao (R-Calif.). Valadao claims in a statement that he wants only to prevent fresh water from being “flushed into the ocean,” mischaracterizing the need for sufficient flows into San Francisco bay to protect drinking water quality, threatened and endangered species, and water supplies for farms across California.

“None of the science on water or drought is reflected in this bill,” Grijalva said today. “This is all about giving multi-million-dollar companies more water at everyone else’s expense. We know how to conserve and reuse water in a dry environment, but never mind; heaven forbid we allow a river to flow all the way to its natural destination.”

Attorney General Xavier Becerra is calling on the U.S. House of Representatives to oppose legislation that would force California to accept water quality standards that are over 22 years old and give up all enforcement of its own higher state standards. The so-called Gaining Responsibility on Water Act (H.R. 23) would forbid only California from regulating the waters within its own borders.

“We have worked hard as a state to protect our rivers, lakes and waterways. They are important parts of our economic development and what makes California a great place to live, work, and raise a family,” said Attorney General Becerra. “Why should we have to accept water quality standards that are over two decades old? Why is California being singled out when our leadership on the environment is well-known and has even been acknowledged by EPA Administrator Scott Pruitt?  I hope my former colleagues see right through this extraordinarily flawed legislation and vote against it.”

That California is being singled out directly conflicts with historic principles of western water law. In California v. United States, the U.S. Supreme Court affirmed California’s right to enforce state laws and conditions on federal reclamation projects, and declared that, “[t]he history of the relationship between the Federal government and the States in the reclamation of the arid lands of the Western States is both long and involved, but through it runs the consistent thread of purposeful and continued deference to state water law by Congress.” In addition, the legislation would require state agencies such as the Department of Water Resources, the State Water Resources Control Board, and the Department of Fish and Wildlife to implement federal policies in violation of state sovereignty principles set forth in the Tenth Amendment and other provisions of the U.S. Constitution.

Attorney General Becerra is committed to ensuring California remains a leader on environmental issues. Within the last two weeks alone, he has challenged the Trump administration for unlawfully delaying the Waste Prevention Rule, which requires oil and natural gas producers to significantly cut wasteful leakage of methane on federal lands, and has taken action against the EPA due to its failure to reduce methane emissions from existing oil and natural gas operations, as is required under federal law. 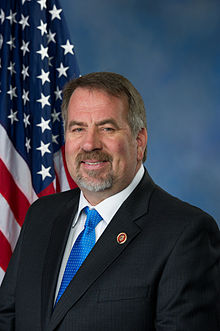 Congressman Doug LaMalfa (R-Richvale) issued the following statement after the House passed H.R. 23, the Gaining Responsibility on Water (GROW) Act, which includes both short and long-term provisions intended to restore water reliability in California, and other western states.

LaMalfa said: “In recent years, lack of rain combined with poor planning for future water infrastructure has caused California to experience severe droughts that have devastated agriculture, habitat, and the economy in general. That same lack of infrastructure has prevented us from storing enough water during a rainy season, like we’ve seen this year, to prevent flooding and save for the future. There are many potential water projects around the state that could have helped remedy this problem, but they have been trapped in bureaucratic limbo for many years, even decades. This bill would require the federal government to expedite the process of approving and completing water projects. Importantly, this legislation will also include protections for NorCal water rights and restore availability of water supply for California agriculture.”

The GROW Act will:

Included in the bill was an amendment offered by Rep. LaMalfa that allows for more efficient use of Lake Shasta by allowing water contractors to access water when they need it, not on arbitrary timelines. Current policy requires any water allocated to be used in the year it is allocated, or lost. This amendment simply ensures that water right holders may also use the rescheduling ability provided under the bill.

Restore the Delta’s letter joins the efforts of other California environmental organizations and California government officials to prevent the bill from passing in the House of Representatives. Among these efforts are a letter to Speaker Ryan from Governor Jerry Brown, a joint statement from Senators Kamala Harris and Dianne Feinstein, and a letter from California Attorney General Xavier Becerra.

Despite her opposition to Governor Brown’s controversial Delta Tunnels proposal, Executive Director of Restore the Delta Barbara Barrigan-Parilla said, “We are grateful to Governor Jerry Brown for speaking out to Congress in order to protect species and water quality laws essential to the health of the San Francisco Bay-Delta estuary, and all California waterways. We are also grateful to Senator Feinstein and Senator Harris for their clear and strong opposition to the bill as well.

“We are all Californians. Water management decisions are a state issue, and Representative David Valadao’s H.R. 23 is an end-run around state laws to benefit a small group of industrial agriculture irrigation districts at the expense of all other Californians. Water is a public trust resource.”

Over last decade, California has endured its worst drought in history, and a growing number of communities across the Western United States have experienced a similar fate. While this natural drought has wreaked havoc across the region, its destruction has been exacerbated in California, by a complex, and often contradictory, system of laws, court decisions, and regulations at the state and federal level.

In an effort to restore water deliveries for struggling communities, Congressman David G. Valadao introduced H.R. 23, the Gaining Responsibility on Water Act, also known as the GROW Act. The legislation provides relief to Californians by restoring water deliveries that have been drastically reduced over the last two decades as a result of various environmental lawsuits and illogical state and federal regulations. Rep. Valadao’s legislation requires regulators to comply with the bipartisan Bay-Delta Accord, which is consistent with the requirements of the Endangered Species Act. Furthermore, the bill will cut red tape holding back major water storage projects that have been authorized for over a decade, which will aid the entire Western United States during dry years.

Congressman Valadao stated, “For years, California’s sophisticated network of storage and delivery facilities have been sorely mismanaged, causing devastating impacts across the state. This problem has become even more apparent during the last several months. Despite record precipitation levels, families, farmers, and communities still lack access to a reliable supply of water.” He continued, “My bill, the GROW Act, will restore water deliveries, ensuring the Central Valley has access to a reliable water supply. I look forward to working with the Senate and sending this bill to the President’s desk.”

In response to the passage of H.R. 23, Gaining Responsibility on Water Act of 2017, by the U.S. House of Representatives, Western Growers President and CEO Tom Nassif issued the following statement:

“We appreciate the efforts of the House to pass the Valadao water bill, which aims to restore reliable water deliveries for countless California homes and farms. We understand this bill faces opposition from California’s Senators and several state politicians. However, as was accomplished last year with passage of the WIIN Act, we hope the Valadao legislation will spur the continued search for constructive, bi-partisan solutions to the ongoing water challenges in California and throughout the Western United States.”