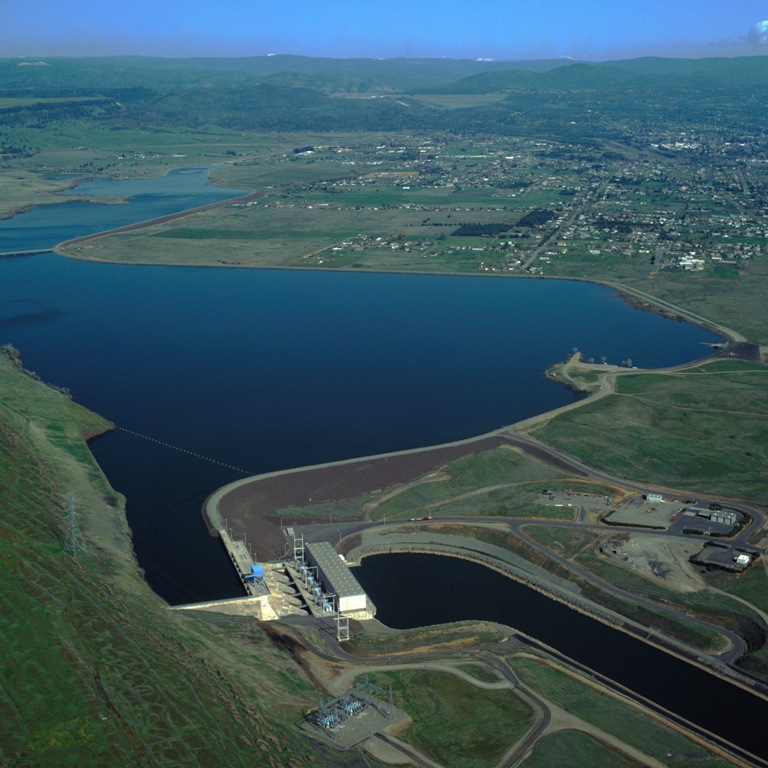 State Water Project reliability issues – It’s not all about the Delta, plus an update on the Thermalito Pumping Plant fire

Decreasing water supply reliability and increasing costs are not just about problems in the Delta.  Serious labor recruitment and retention issues within the State Water Project have cost rate payers at least $70 million in additional costs and, in one case, cost one agency 67,000 acre-feet of water.

The California Water Commission has been actively engaged in trying to solve the labor issues by writing letters to appropriate officials, discussing it in the Commission’s State Water Project annual report, and by addressing it at their meetings, most recently at the April meeting.

Carl Torgersen, Deputy Director of the State Water Project, updated the Commission on the significant recruitment and retention issues within the project.  He began by explaining that one of the unique aspects of the State Water Project is the ability to be flexible:  “Historically what that has meant is the ability to shape our pumping and generation to get the most out of the power market and reduce the cost of energy and conveyance energy to the people of California.  More recently, this flexibility has become more important in actual exports of water.  The windows of export have closed so that we really need the equipment available when the water is available to pump when we don’t have fish constraints.  It’s essential for export of water.”

Mr. Torgersen explained that Operational Availability (OA), or the percentage of time the equipment is available to operate, has declined significantly since 2004:  “The decline in OA we’ve shown is directly related with our inability to keep up with the proactive maintenance that we need to do.  We are basically in a position where we are just ‘putting out fires’ at this time,” he said, noting the pun, “this decline is definitely due to our inability to recruit and retain qualified staff.”

“The staff of the State Water Project does an outstanding job, no question about it, but we just don’t have enough of them to safely keep up with maintenance, particularly given the fact that our equipment is, in some cases, over 50 years old,” said Mr. Torgersen.

The decline in OA between 2011 and 2012 cost the water users at least an additional $70 million in additional energy costs, he said.  “More alarmingly even, this past year, Kern County Water Agency purchased some water from one or more of the Northern California entities and was going to move it in the summertime, but it got stranded in Oroville because we didn’t have enough units to move it out.  That was 67,000 acre-feet  – quite a bit of money – and that’s because of our inability to operate effectively because of OA issues.”

Mr. Torgersen didn’t mince any words as to the reason.  “This is because our salaries stink.  We define the bottom when looking at comparable public utilities in the State of California.  In some cases, our senior dispatchers are at least 65% below the median in California which is alarming, particularly given the fact that the senior dispatchers are the people who are in charge of the project about 60+% of the time – off hours, weekends,” he said, adding “I won’t go into any details about people leaving and going down the street, literally, from our Banks Facility to the San Luis Delta Mendota Water Authority and making 40% more.”

He noted that past administrations have been reluctant to address this issue and so very little has been done, but under the current administration, due to the efforts of Director Cowin, Secretary Laird, and the Commission, “we are now getting the attention of the administration and more importantly, getting some traction on this issue.”

Labor negotiations are currently underway, and although he is not in a position to give a lot of details, Mr. Torgersen said “I can say that I am more that cautiously optimistic that we’re going to have a solution in the very short-term, and I can come back and give a report as to what this solution is.”

Commissioner Anthony Saracino:  “I was intrigued by your comment that DWR is considering alternatives to state operation of the project. … Are you actively evaluating alternatives like a JPA or privatization or an ISO-type model?  What are you specifically are you doing to think about moving into the future with respect to operating the project?”

Mr. Torgersen replied:  “We are looking at the options available through different means. A JPA is a possibility, that’s one of the things that was detailed in the Little Hoover Commission, a public benefits corporation, the use of executive order, perhaps legislation – we’re trying to look at that,” he said, noting that Cooperative Personnel Services has been commissioned to do a report on critical administrative issues.  The work is currently in progress to determine what the best alternative might be.  “And when I say best alternative, it has to be the best implementable alternative, because there are a lot of complications once you start getting into the weeds on this.  Yes, we are actively looking at that and have commissioned a consultant to provide some recommendations.”

Tim Neep, Director for Bargaining Unit 12 for the International Union of Operating Engineers was next to speak.  He began by noting that he represents 551 tradesfolks within DWR, and that they have been working with the Department of Water Resources, Cal HR, and the Department of Finance for about a year and a half on resolving this issue.

“The goal of starting when we did was to keep this out of what we call main table bargaining, because once you enter into that realm, the politics do become very much thicker and hard to navigate these types of projects through,” said Mr. Neep, adding that it was still his objective to get it done and so far, things appear to be on track.  “We’re pushing very hard.  I can tell you that it is my goal to get this done in the next two to three months.  I know that’s pretty aggressive, I know the whole state is actually entering into bargaining with all the other bargaining units so we have that also to contend with.”

Mr. Neep said that it’s important to consider the amount of resources that DWR puts into it’s apprenticeship program.  “It’s about $100,000 a year to train an apprentice; you have a three-year program and you have a four-year program, so $300,000 to $400,000 to train these folks up, and then just to get them at journey status.  They will just leave, jump ship and go over to the private sector of water.  That is something we all need to be cognizant of, that there’s a lot of resources just going out the door.   It’s great for the private sector but still we’d like to keep that investment in-house.”

“I just want to stress to you folks that we’re looking for any support we can get, in my opinion,” he said.  “We’re looking at a department that we call special fund.  They get their money from the sale of water and power.  It’s not general fund money, so it’s kind of frustrating … we’re talking to every entity that we can talk to and saying hey, this is a valid issue and we need to make sure we get this recruitment and retention problem solved … The money is not coming out of the general fund of the state.”

Mr. Neep outlined some numbers of the costs involved with using outside contractors:  “I can give you one example of Oroville up here.  I took a three-month window, just this one field division; there were five contracts put in place to do the work that we do as civil service employees.  Over $100 million.  We’re just talking about a small portion of that money back to support this recruitment or retention issue, that’s just one example from one field division. … Their number one argument when I talk to the Department is that we do not have the staff, that’s why we have to contract out.”

During the public comment portion of the meeting, Robert Belgeri, business representative with the IOUE Stationary Engineers Local 39 for the Oroville Field Division, spoke about some of the difficulties facing the personnel at the Oroville facilities: “Over the last 20 years, the crew of hydroelectric plant mechanics at Oroville Field Division has gone from a high of 14 mechanics covering two power plants down to two leads and four journey people today, and that’s augmented with seven apprentices.  As you’ve heard, the apprentices are not people you’re going to be able to depend on to hang around.”

Now the mechanics are reduced to being field guides for contractors, he said:  “We are now the guides and the docents at the Oroville Field Division watching these contractors do work that we have done throughout the life of this project; taking units apart units that we have taken apart before because we had the number of trained people to do this, and now we watch them do it, make sure they are adhering to safety, and know that they are making more money that we are making right now,” he said, adding that the International Union of Operating Engineers is ready to respond to this problem.

Commissioner Daniel Curtin commented:  “There just seems to be something dramatically wrong with the situation when the people who purchase the water have to carry the freight on the cost of the water, and are prepared to carry that freight as long as it is reliable, and they’re willing to put more into the system but there’s a process that won’t allow for that to happen and for the system to run appropriately.  It’s just mind-boggling.”

“They need to once again hear that there’s millions of dollars being essentially left on the table due to the inefficiency of the system,” said Commissioner Curtin.

UPDATE ON THE THERMALITO FIRE:

Prior to the agenda item on the State Water Project, DWR’s David Duval,

Chief of the Division of Operations and Maintenance, updated the Commission on the status of the Thermalito Pumping Plant which was the scene of an extensive fire on Thanksgiving Day, 2012: