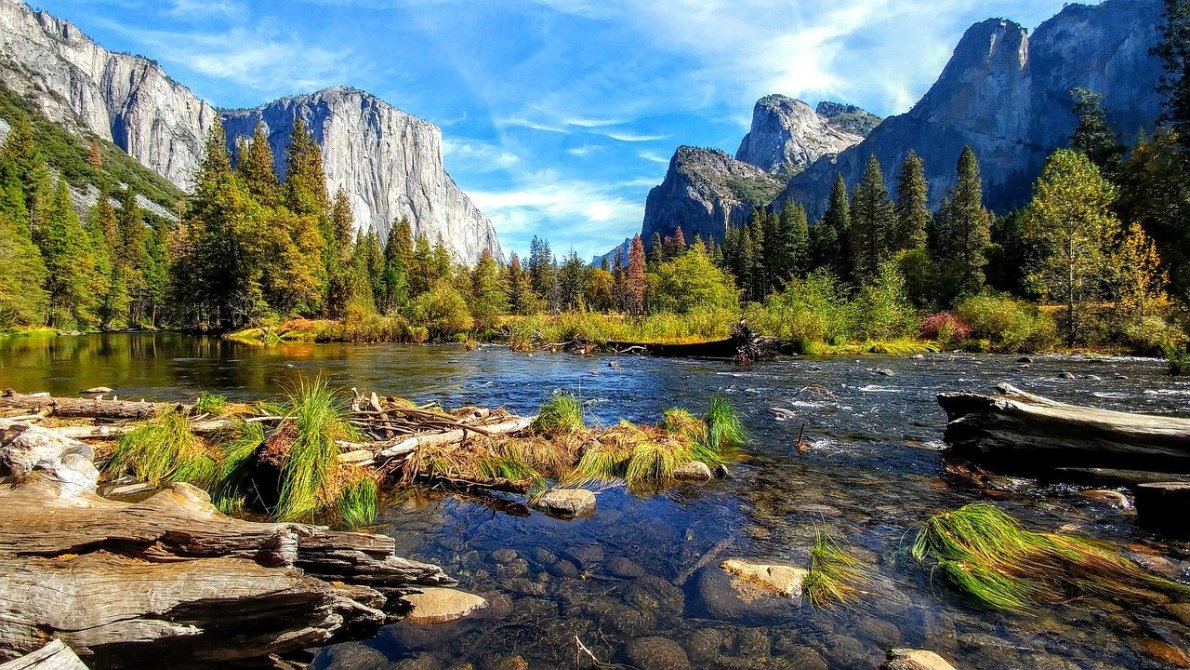 In California water news this weekend …

When rubber hits the road—and washes away

“The storm unleashed one evening in late November 2018. The first splashes of rain wet the streets of Oakland, California, with a smell like damp stone. Then, a crescendo of water pounded roofs, drops glancing off gutters with metallic pings. As the storm water sluiced over sidewalks and streets, it erased the boundary between land and sea, carrying branches, plastic bottles, motor oil, and more into San Francisco Bay.  At 10:30 that night, an industrial slough near the Oakland Coliseum roared to life. The slough wasn’t particularly noticeable hidden behind chain-link fences. But the vast surrounding parking lot made it perfect for measuring the stuff scoured from the city streets by rain. … ”  Continue reading or listen to podcast at Hakai Magazine here: When rubber hits the road—and washes away

“Hopes are rising in the southern Central Valley that the farmland expected to be fallowed in coming years because of drought and groundwater restrictions won’t sit idle but will instead be consolidated to make room for new land uses including solar power generation.  Efforts are underway locally to create a system for piecing together parcels that would allow investment at a scale large enough to support substantial photovoltaic solar arrays — or ranching or creation of natural habitat, whatever makes sense financially for landowners. … ”  Read more from the Bakersfield Californian here:  Farmland consolidations could save water, promote solar

Sunny and dry, emphasis on dry

“Sunny, cool and very dry weather is taking hold in the Bay Area this weekend and during the week, with not a drop of precipitation in the offing.  The high-pressure system over California is putting the Bay Area, and most of California, under what the National Weather Service called a “very dry air mass regime.”  Bay Area high temperatures will be in the 60s, with lows in the 30s and 40s. … ”  Read more from the San Francisco Chronicle here: Sunny and dry, emphasis on dry

“Winter is usually the wettest season in Southern California, but due to a strengthening La Niña pattern in the Pacific, this winter is looking warmer and drier than normal.  La Niña and El Niño are opposite phases of what’s known as the El Nino-Southern Oscillation cycle (ENSO). La Niña is the cold phase and develops due to below average temperatures in the equatorial Pacific. This affects weather patterns across the globe. In the U.S., high pressure in the Eastern Pacific steers storms across the northern part of the country instead of the south. … ”  Read more from NBC 4 here: What a strengthening La Niña tells us about SoCal’s winter weather outlook

In regional water news this weekend …

Along the crumbling Sonoma coast, an ambitious project paves the way for ‘managed retreat’

“A few winding turns past Bodega Bay, along foggy bluffs and coastal prairie, relentless waves pound a crumbling stretch of coastline in dire need of saving.  Here at Gleason Beach, once referred to as Malibu North, the beach gets drowned during high tide. Bits of concrete and rebar are all that remain of 11 clifftop homes that have already surrendered to the sea. A graveyard of seawalls, smashed into pieces, litters the shore. Highway 1 now hangs inches from what seems like the edge of the world. For decades, officials have scrambled to save the road from the ocean — pouring millions of tax dollars into a vicious cycle of sudden collapses and emergency repairs. Last year, this critical lifeline for the region was reduced to one lane. … ”  Read more from the LA Times here:  Along the crumbling Sonoma coast, an ambitious project paves the way for ‘managed retreat’

Victoria Brandon writes, “For many years Pacific Gas & Electric has operated the “Potter Valley Project,” a hydroelectric facility on the main stem of the Eel River consisting of Scott and Cape Horn dams and a tunnel diverting water into the Russian River watershed, where it is used to generate a small amount of electricity and for irrigation by farmers in Potter Valley and farther south in Sonoma County.  The construction of Scott Dam in 1922 completely blocked passage of critically imperiled anadromous fish including salmon, steelhead, and lamprey while simultaneously forming Lake Pillsbury, a 2,000-acre reservoir in remote northwestern Lake County used for boating, fishing and camping. … ”  Read more from the Woodland Daily Democrat here:  A second chance for Eel River salmon and steelhead?

Dan Bacher writes, “In a victory for environmental justice, indigenous, community and conservation groups, the U.S. Army Corps of Engineers announced today via public notice that it is withdrawing plans to dredge the shipping channel connecting San Francisco Bay to the Port of Stockton.  The notice states: “The U.S. Army Corps of Engineers (USACE) is issuing this notice to advise Federal, State and local governmental agencies and the public that USACE is terminating the San Francisco Bay to Stockton, California Navigation Study and withdrawing its Notice of Intent (NOI) to prepare an Environmental Impact Statement (EIS) for said study.” … ”  Read more from the Daily Kos here: Trump administration withdraws plan to deepen SF bay shipping channel for oil tankers

“Past dozens of burned playsets, cars and properties where all that remains is a single chimney, lies a geologic relic. Where most would see a mishmash of jumbled boulders, California Geological Survey scientists spot a debris flow.  “Geology tends to repeat itself,” David Longstreth said, an engineering geologist with the California Geological Survey.  This Boulder Creek debris flow occurred around 40 years ago, according to Longstreth. Measuring by geologic time, which spans more than 4.9 billion years, the historic flow is a mere seconds in time.  “Debris flows tend to occur in the same location over and over, so we’re thinking another one could come here,” Longstreth said. … ”  Read more from the Santa Cruz Sentinel here:  Geologists assess debris flow risk in Santa Cruz Mountains

“It’s easy to understand why people who rely on private wells for their water can feel powerless about the future of their supply — wells pump water from underground aquifers shared by many neighbors.  They depend on each other to manage the shared resource.  Sometimes, those neighbors include industrial-sized water users who pump water out of the ground faster than an aquifer can replenish. … ”  Read more from the Fresno Bee here: Private well owners can shape state’s water decisions

Oceanside gets $175,000 for wetlands enhancement

“Oceanside has been awarded a $175,000 federal grant for the final design of the Loma Alta Slough Wetlands Enhancement Project, which will restore about six acres with improved habitat, trails, informational signs and possibly a connection to the Coastal Rail Trail.  The slough is a coastal estuary near Buccaneer Beach that’s stagnant most of the year and sometimes floods at high tide or during winter storms. … ”  Read more from the San Diego Union Tribune here: Oceanside gets $175,000 for wetlands enhancement

“Record and near-record low flows on the Upper Colorado River this summer and fall have dramatically and abruptly worsened the outlook for the entire river and the Central Arizona Project over the next two years.  Low flows into Lake Powell led federal officials to sharply reduce their forecasts for how high Lake Mead will be next year.  That has ratcheted up the odds that the first major shortage in CAP deliveries will occur in 2022, cutting off some supplies to Central Arizona farmers. … ”  Read more from Tucson.com here: Colorado River runoff plunges, raising shortage concerns

As pandemic hammers its finances, Vail pulls out of state cloud seeding program

“Vail Resorts Inc., one of the largest financial contributors to Colorado’s cloud seeding program, has dropped out this year, leaving a major hole in the program’s budget.  Cloud seeding is a practice in which silver iodide pellets are sprayed into storm clouds in an effort to trigger more snowfall and ultimately, in the spring, more snowmelt to feed the state’s streams.  Vail has been participating in the program for more than 40 years, state officials said. … ”  Read more from the Colorado Sun here:  As pandemic hammers its finances, Vail pulls out of state cloud seeding program

In national water news this weekend …

“The Trump administration moved forward Friday on gutting a longstanding federal protection for the nation’s birds, over objections from former federal officials and many scientists that billions more birds will likely perish as a result.  The U.S. Fish and Wildlife Service published its take on the proposed rollback in the Federal Register. It’s a final step that means the change — greatly limiting federal authority to prosecute industries for practices that kill migratory birds — could be made official within 30 days. … ”  Read more from the Courthouse News Service here:  Trump Administration moves ahead on gutting bird protections

In people news this weekend …

” … Tiffany Baca is the Public Affairs Manager at the Municipal Water District of Orange County (MWDOC), an agency that provides more than 3.2 million Orange County residents with water-saving resources, water-centric education, sustainability programs, and clean drinking water. Environmental education is deeply tied to her work, especially as a member of CAELI’s leadership council. In this Q&A, Tiffany shares the importance of uplifting environmental literacy and providing career technical education programs for students, especially as a wave of lifelong water industry workers are set to retire in just a few years. … ”  Read more at the California Environmental Literacy Initiative here: A Silent Service: Why Water Workers Support Environmental Literacy and Career Technical Education

Journalist Geoff McGhee talks to Water Desk Director Mitch Tobin about how still images and video footage captured through aerial tours and drone flights can help explain water issues. Check out The Water Desk’s FREE multimedia library which offers photos and videos of key rivers and water-related locations in the Colorado River Basin and beyond. NOTE: This episode was recorded before the pandemic forced Lighthawk to shift to pilot-only flights, but we are now using mounted GoPros to capture imagery.

WATER IS A MANY SPLENDOR’ED THING PODCAST: Paradise

Steve Baker writes, “A dream I have is to visit one of the Polynesian islands located in the middle of the Pacific Ocean. It is the color of the ocean, Polynesian lifestyle and weather that is so appealing. Water plays a most important role in the life styles of the people on these islands. Water is a Many Splendor’ed Thing brings you another water relationship that has a personally significant impact to your life.” Produced by Steven Baker, Operation Unite® Bringing People Together to Solve Water Problems, Online at www.operationunite.co

Catch up on last week’s news in the Weekly Digest …

And here is Friday’s Daily Digest …