“Sediment supply is important to the health of the Sacramento-San Joaquin River Delta and San Francisco Bay (Bay-Delta) ecosystem. Sediment eroded from upland source areas in the Sacramento and San Joaquin watersheds is transported through the rivers to the Bay-Delta where it is deposited in mudflats and tidal wetlands, which in turn helps protect against the effects of sea-level rise. Sediment deposits are also vital to the preservation of wetlands and habitat for wildlife such as birds and fish. Sediment supply from the Sacramento River has been declining since at least the mid-1950s, due to trapping of sediment in reservoirs and legacy effects of hydraulic mining, among other landscape disturbances. The future sediment supply to the Bay-Delta is primarily dependent on the future climate, as sediment supply is strongly dependent on peak river flows. … ” Read more at the USGS here: Sediment transport, streamflow, and climate change: long-term resilience of the Bay-Delta

“As California weathers a punishing wildfire season, Australia is recovering from one of the most catastrophic bushfires in recorded history and large swaths of the Brazilian Amazon lay barren from last year’s blazes. With climate change driving more frequent and intense fires across the globe, wildfire has leapt to the forefront of challenges facing both humanity and Earth’s other inhabitants. Even living in water does not guarantee refuge: a fire’s damage is propagated far beyond the burn area as the ash, debris, and sediments left on the landscape make their way into the watershed and flow downstream. The influx of this material can lead to the devastating loss of aquatic species, as indicated by a recent publication discussing the incidence of fish kills in south-eastern Australia following the 2019-2020 bushfires (Silva et al. 2020). The event’s impact reached habitats and ecosystems that have never before been affected by fire, suggesting the contemporary fire regime poses a novel threat to the many unique animals and plants that evolved in the region. … ”  Read more from FishBio here:  Fire nation: Increasingly destructive wildfires threaten aquatic life

“At least 700 sub-adult and adult winter-run Chinook salmon (winter Chinook) returned this year to Battle Creek.  Although monitoring efforts were curtailed, 47 redds were also observed with juveniles now being captured in the U.S. Fish and Wildlife Service’s rotary screw trap as they emigrate out of the system. To date, more than 300 fry have been captured and monitoring efforts will continue through the fall.  Establishing another self-sustaining population in a second watershed (in addition to population in Sacramento River), such as Battle Creek, is a high priority and a major component of the Central Valley salmonid recovery plan. … ”  Read more from the US FWS here: 700 winter-run Chinook salmon return to Battle Creek

“Fish exposed to endocrine-disrupting compounds pass on health problems to future generations, including deformities, reduced survival, and reproductive problems, according to a new study.  The study, published in Environmental Science and Technology, is the first of its kind in a fish that can live in freshwater, brackish water or salt water, and suggests that compounds in pesticides and birth control that pollute waterways are not only harming fish living there now, but their offspring and the subsequent generation as well. … ”  Read more from EcoWatch here: Hormone-mimicking chemicals harm fish now—and their unexposed offspring later

“The Bay Area Science Festival is your once-a-year back-stage pass to the region’s thriving science scene.  Marking a decade of celebrating curiosity, the festival, put on by UCSF, goes virtual this year. Gone will be the dramatic and extremely well-attended finale at Oracle Park, but very much present will be 125+ events, each with their own infectious display of passion and knowledge.  “We really are trying to connect people personally to scientists, researchers and technicians even in this virtual world,” said Katherine Nielsen, festival co-founder and co-director of the Science and Health Education Partnership at UCSF. … ”  Read more from KQED here:  Bay Area science festival 2020: From black holes to sourdough, it’s all virtual

“Global sea level has been rising at a rate of 0.1 inches (3.3 millimeters) per year in the past three decades. The causes are mostly the thermal expansion of warming ocean water and the addition of fresh water from melting ice sheets and glaciers. But even as the sea takes up more space, the elevation of the land is also changing relative to the sea.  What geologists call vertical land motion—or subsidence and uplift—is a key reason why local rates of sea level rise can differ from the global rate. California offers a good example of how much sea level can vary on a local scale. ... ”  Read more from NASA here:  California’s rising and sinking coast

The secrets stored within seaweed

“It is low tide at Half Moon Bay. The tide pools are emerging. Soon, sea stars, hermit crabs, octopuses, limpets, and mussels become visible in the rocky intertidal habitat. And everywhere, there is seaweed. Emily Miller remembers tidepooling here with her mother when she was little and loving it. She never knew just how much information she was going to unlock from the seaweed when she got older.  Now a research technician at California’s Monterey Bay Aquarium Research Institute (MBARI), Miller is the primary author of a study published in June that shows how mining information from the sometimes-centuries-old tissues of pressed seaweed or macroalgae can sharpen scientists’ understanding of historical oceanic conditions, dating as far back as the 1870s. … ”  Read more from Sierra Magazine here: The secrets stored within seaweed

“On an extended research visit to a friend’s lab in Tokyo, marine biologists Amy Johnson and Olaf Ellers witnessed something they’d never seen before. The starfish in Tatsuo Motokawa’s lab weren’t content slowly gliding across the floor of their tank, they bounced and galloped, zooming around their enclosure.  For one of the most familiar animals in the sea, this was a new behavior, never before described in the scientific literature.  “It was an absolute epiphany,” said Johnson who studies how sea stars move and teaches marine biology along with Ellers at Bowdoin College in Maine. “That moment we first saw them go faster by bouncing completely transformed everything we were planning to do with our research.” … ”  Read more from KQED here:  Starfish gallop with hundreds of tubular feet

“The dramatic effect rainfall has on the evolution of mountainous landscapes is widely debated among geologists, but new research led by the University of Bristol and published today in Science Advances, clearly calculates its impact, furthering our understanding of how peaks and valleys have developed over millions of years.  Its findings, which focused on the mightiest of mountain ranges — the Himalaya — also pave the way for forecasting the possible impact of climate change on landscapes and, in turn, human life. … ”  Read more from Science Daily here:  Ground-breaking discovery finally proves rain really can move mountains

” … Through this time spent on social media I’ve began to reflect a lot on science communication and how I, as a PhD student at a large university, share my science. Thinking about my outlets for sharing my own research made me take a step back as I began to think about how I access science? How do I access scientific discovery? What are the most common ways I interact with science on a daily basis? Do I interact with science outside of my job? Science communication and improving accessibility to easily-digestible scientific discovery is one of the prominent goals of the EnviroBites community and a large part of our responsibility as scientists, so I thought exploring this idea for my post today would be a good fit. …  ”  Read more from EnviroBites here:  What does effective science communication look like? 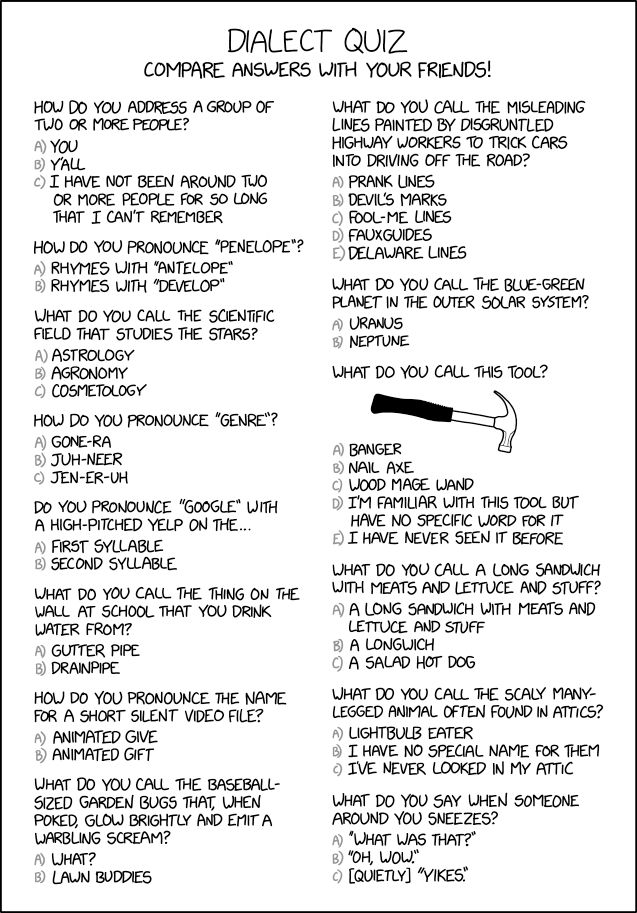