Can fish eat their way out of climate change?

“About two years ago, I wrote an article on the importance of food for foraging salmon, particularly during their early life history stages.  In that article, I suggested that food rich habitats such as spring-fed rivers, floodplains, estuaries, and lagoons would become disproportionally important for coldwater fishes under a rapidly changing climate.    The argument largely relies on bioenergetic theory: as water temperatures increase with the onset of global change, the metabolic activity of coldwater fishes will also increase.  If those increases in metabolic activity are not compensated for by either moving to cold water or increasing food consumption, salmon may experience reductions in growth, increases in stress, and higher rates of disease prevalence. … ”  Read more from The Current here:  Can fish eat their way out of climate change?

“Dry summers are a hallmark of Mediterranean climates, and animals in such regions have adapted to tolerate and even take advantage of this seasonal pattern. However, from California to South Africa to Australia, climate change is leading to more frequent drought in these already dry areas. Although climatological data make it possible to predict changing patterns in drought occurrence, predicting the resulting impacts on aquatic species is far more difficult. This is partly because not all habitats are affected by drought in the same way. Complicating things further, withdrawing river water for human use can change former fish refuges into ecological traps by causing them to dry more rapidly than they would have under historic conditions. … ”  Read more from FishBio here:  How coho cope with drought: studying summer sanctuaries

“The rivers and streams of the North Coast provide the potential for a climatic refuge for estuarine-dependent aquatic species such as coho, steelhead, and Chinook, as well as important nursery habitat for other species of cultural and economic value. The Mad River Estuary Floodplain and Off-channel Habitat and Public Access Project, located within the last few miles before the Mad River enters the mighty Pacific, is an important element of CalTrout’s Estuaries Initiative. The Project will restore an element of habitat complexity in a highly simplified estuary – providing off-channel habitat and floodplain connection. … ”  Read more from Cal Trout here:  Restoring and reconnecting the Mad River Estuary

“When you think of California and all it has to offer, what are some of your favorite natural places? Is it the forest, mountains or maybe the beach?  For me, I get the most enjoyment from our cold-water resources.  Naturally when I say, “cold water,” what comes to mind are lakes, rivers, wetlands, delta, estuaries and even reservoirs. These are the areas that I spend the most time fishing, boating, swimming, rafting etc.  However, our natural cold-water resources include a few lesser-known components that are just as important to the entire operating system. … ”  Read more from Cal Trout here:  Fall River – The gem of California’s natural springs

“From the gold rushes to the birth of Silicon Valley, the San Francisco Bay Area is known for welcoming swaths of people looking for a new frontier of culture and natural beauty. It has had a front-row seat to some of America’s most rapid industrialization and population growth for the past 200 years and is now home to over seven million people. Tourism booms as people from all around the world come to see the iconic Golden Gate Bridge and the expansive bay that lies beneath. But the bay is not just for looks. It plays an essential role in supporting modern California living–and we are not just talking about surfing. … ”  Read more from the Environmental Monitor here:  San Francisco Bay’s nutrient phenomena

Building roads to save Yosemite toads

“Each spring deep in the Sierra Nevada, Yosemite toads roam the alpine meadows in search of a mate. Biologists have been tracking the movements of these toads, and have noted that they travel surprisingly long distances for such small creatures. From breeding habitat to overwintering habitat, they journey nearly a mile, and in some places, the toads must cross busy highways to reach important habitat.  “In Mono County, Highway 108 goes right through Upper Sardine Meadow, a breeding area for one of the largest known populations of Yosemite toads on the Humboldt-Toiyabe National Forest. The road literally splits the toad breeding habitat in half,” said Chad Mellison, fish and wildlife biologist for the U.S. Fish and Wildlife Service Reno Fish and Wildlife Office. … ”  Read more from the US FWS here:  Building roads to save Yosemite toads

“Determining how climate change is affecting water supplies is difficult in a state like California that swings between floods and droughts, but a new study has found that climate models agree on key metrics that could help water managers in the Golden State.  In the new study, scientists at The University of Texas at Austin in collaboration with the Union of Concerned Scientists found that leading climate projections used by the state strongly agree that climate change will shift the timing and intensity of rainfall and the health of the state’s snowpack in ways that will make water management more difficult during the coming decades. … ”  Read more from University of Texas here:  Key Indicators Discovered of Climate Change’s Impact on California Water Supply

“The underwater video scene is full of life. A school of sinewy fish darts across the screen while a crab rummages along the seafloor. A flatfish, camouflaged like the sandy bottom, doesn’t seem to mind when the crab crawls over its back to approach an oyster.  Scientists from NOAA Fisheries’ Northwest Fisheries Science Center are collecting this video and more like it. They want to assess how marine life uses, and may even benefit from, habitat in and around farms growing oysters and other shellfish. They are teaming up with Microsoft to use computers and artificial intelligence to scan hours of video within seconds for different species of interest. … ”  Read more from NOAA here: Video research investigates effects of shellfish farming on west coast nearshore habitat

“A Florida State University researcher is part of a team that has found varying projections on global warming trends put forth by climate change scientists can be explained by differing models’ predictions regarding ice loss and atmospheric water vapor.  The work will help climate scientists reconcile various models to improve their accuracy, said Florida State University Meteorology Professor Ming Cai, one of the authors of the study published in Nature Communications. … ”  Read more from Science Daily here:  Polar ice, atmospheric water vapor biggest drivers of variation among climate models

“River systems are essential resources for everything from drinking water supply to power generation—but these systems are also hydrologically complex, and it is not always clear how water flow data from various monitoring points relates to any specific piece of infrastructure. Researchers from Cornell University and North Carolina State University have now developed a tool that draws from multiple databases to give water resource managers and infrastructure users the information they need to make informed decisions about water use on river networks. … ”  Read more from PhysOrg here:  Hydrology data tool helps users manage water resources, protect infrastructure 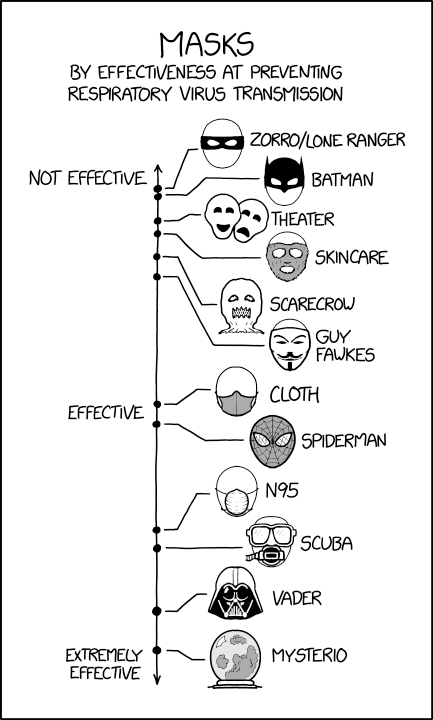