DAILY DIGEST, 8/11: Groundwater sustainability moves from planning to implementation; A warming CA sets the stage for future floods; Focus on COVID might hamper state’s push against rising seas; The best lakes in California; and more …

On the calendar today …

“The recent completion of groundwater sustainability plans for California’s most over-pumped basins was a major step toward bringing basins into long-term balance, as mandated by the Sustainable Groundwater Management Act (SGMA). As these plans move through the state approval process, the next stage is implementation. We talked to Trevor Joseph—the first SGMA employee at the Department of Water Resources (DWR), and now a member of a groundwater sustainability agency in the Sacramento Valley—about next steps and possible pitfalls.  PPIC: You’ve been involved with SGMA since its inception. What has surprised you the most about how it has unfolded?  TREVOR JOSEPH: I’m pleasantly surprised that SGMA has gone relatively well to date. … ”  Read more from the PPIC here: Groundwater sustainability moves from planning to implementation

A warming California sets the stage for future floods

“By the 2070s, global warming will increase extreme rainfall and reduce snowfall in the Sierra Nevada, delivering a double whammy that will likely overwhelm California’s reservoirs and heighten the risk of flooding in much of the state, according to a new study by UCLA climate scientists.  Warmer temperatures will increase rainfall during heavy wintertime precipitation events and reduce snowpack that usually melts throughout the spring and summer. This means mountain reservoirs that currently catch this runoff could be overwhelmed in the winter and dry in summer, said Xingying Huang, who led the study as a postdoctoral researcher at the Center for Climate Science in the UCLA Institute of the Environment and Sustainability. The research is published in Geophysical Research Letters. … ”  Read more from UCLA here:  A warming California sets the stage for future floods

Focus on COVID might hamper state’s push against rising sea

“The state will suffer dire long-term consequences if lawmakers set aside concerns about rising seas to focus solely on COVID-19, the non-partisan Legislative Analyst’s Office warned Monday.  Sea level rise will likely put at least $8 billion in property underwater by 2050, and could affect tens of thousands of jobs and billions in gross domestic product, according to studies cited by the office.  “Because the most severe effects of (sea level rise) likely will manifest decades in the future, taking actions to address them now may seem less pressing compared to the immediate pandemic‑related challenges currently facing the state,” says the new report from the office. … ”  Read more from the OC Register here: Focus on COVID might hamper state’s push against rising sea

“Congressman Josh Harder represents the Modesto area that is surrounded by almonds and walnut orchards. And he’s very keen to those growers needs. His bill Save Water Resources Act is passed the House recently with a vote of 217 to 197, providing millions of dollars.  “The Projects are essential for almonds, walnut, other nuts growers across the Central Valley. We need to focus on projects that get consensus, the 80% of projects that people can agree on,” said Harder. … ”  Read more from Ag Net West here: Essential water projects to help the nut industry

A warmer second half of August, and some tropical moisture in the mix? Plus: thoughts about (a dry?) autumn.

Daniel Swain writes, “Recent conditions across California over the past 3-5 weeks have been pretty typical by mid-summer standards. It has been pretty hot across inland valleys and deserts, relatively cool (and even occasionally chilly) along the immediate coast, with a few instances of afternoon thunderstorms activity the interior mountains. There have not been any major heatwaves recently, which is likely a welcome development for many folks.  California’s boon, however, has been Arizona’s misfortune: a near-total failure of the North American Monsoon, especially on its western fringes, has lead to truly extreme temperatures across much of the interior Southwest and rapidly worsening drought conditions. … ”  Read more from Weather West here:  A warmer second half of August, and some tropical moisture in the mix? Plus: thoughts about (a dry?) autumn.

“Plaintiff lawyers, having tried and failed to assemble class actions over Teflon pans and dental floss, are now targeting disposable plates and bowls with PFAS litigation.  A trio of lawsuits pending in California against Amazon, Kroger and other companies claim consumers were misled by claims that disposable eating items were “compostable.” While the products might break down over time, the lawsuits claim, they contained durable PFAS compounds that last for decades in the ground. … ”  Read more from Legal Newsline here: Class action lawyers sue over PFAS without needing to prove it is hazardous

The best lakes in California

“A win for state water rights came earlier this month after the Marion County Circuit Court ruled that the Bureau of Reclamation cannot release water from Upper Klamath Lake for flows down the Klamath River.  The Oregon Water Resources Department manages the water in Upper Klamath Lake and grants permits and licenses to various users of that water. Reclamation has been periodically releasing water from Upper Klamath Lake through the Link River Dam to increase downstream flows in the Klamath River, intending to improve habitat conditions for endangered Coho salmon. … ”  Read more from the Herald & News here: Court rules in favor of Klamath Irrigation District, state water rights 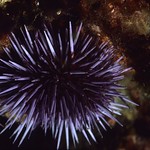 “Fort Bragg resident Patrick Downie has been diving for red urchin for 40 years. When he started, the industry was a lucrative one, offering a job he felt lucky to have, where he could make enough money to live comfortably and have a little extra to save. Now, he is barely hanging on, making as much as he is spending to keep up with maintenance on his boat and dive gear. He’s considering heading south, where red urchins are more abundant, changing fisheries, or selling his boat. But he doesn’t want to do any of these things. He loves North Coast urchin diving, which he considers more of a lifestyle than a job, and hopes to pass his boat down to his son, Grant Downie, who is also a red urchin diver. … ”  Read more from the Mendocino Beacon here:  Purple urchin has overrun kelp forests, commercial divers and conservationists have joined forces to restore the North Coast’s marine ecosystem

“County officials are seeking help from a state biologist after more than 100 dead fish floated to the top of the Civic Center lagoon.  The problem was detected Sunday, when county parks staff noticed dozens of dead fish were washed up on shore and floating on the lagoon’s still waters.  Tina Torresan, county parks media manager, said the cause is unknown pending an analysis by a biologist from California Department of Fish and Wildlife. … ”  Read more from the Marin Independent Journal here: Dead fish found in Marin Civic Center lagoon

“The state has approved a change that will give Tuolumne County more water security during drought periods.  The California State Water Resources Control Board has for many years required Pinecrest Lake to maintain a minimum water level of 5,608 feet until Labor Day. The reservoir is a major supplier for the Tuolumne Utilities District. The rule has created challenges during times of drought. For example, in 2014 TUD mandated that customers reduce consumption by 50-percent in order to ensure there is enough water to meet the needs of residents. … ”  Read more from My Mother Lode here:  Pinecrest lake can drop lower during drought years

Santa Barbara: Desalination is not the panacea, says Kira Redmond

She writes, “In response to Eberhard Brunner’s recent “Water in the West” op-ed, I’d like to share some facts about the true costs of desalinated water. Running the City of Santa Barbara’s desalination plant at its current capacity of 3,125 acre-feet per year (AFY) requires 13.8 million kilowatt hours (kWh) of electricity per year, or 4,416 kilowatt hours per acre foot. This is 42 percent more electricity than it takes to import water from the State Water Project (3,100 kWh/AF). Operating the desal facility at this capacity has alone increased the city’s electricity consumption by a full 50 percent. These figures come from the city itself. And the fact is, the desal plant is not operated on 100 percent renewable energy.  … ”  Read more from the Santa Barbara Independent here: Desalination is not the panacea

“The Santa Barbara City Council on Tuesday will hold a public review of the city’s draft sea-level rise adaptation plan.  The plan will identify actions the city can take to mitigate sea-level rise impacts, including recommendations for actions in the near-, mid- and long-term. It will provide detailed recommendations for necessary actions in the next 10 years and a structure for decision making beyond 10 years. … ”  Read more from the Santa Barbara Independent here:  Council to review sea-level rise plan

“A group dedicated to protecting the Ballona Wetlands is among the plaintiffs in a lawsuit alleging millions of dollars in public funds have been misused for what they claim is a “deceptive” plan to bulldoze the ecological reserve under the guise of being a restoration effort.  Defend Ballona Wetlands, the Animal Protection, Rescue League Inc. and three individuals filed the suit Friday in Los Angeles Superior Court against the California State Coastal Conservancy and the Santa Monica Bay Restoration Foundation. The litigation focuses on Proposition 12, a 2000 voter- approved measure which authorized a $2.1 billion bond for various land and water quality programs and includes a paragraph stating that the funds are to be used to “protect, acquire and restore” the Ballona Wetlands…. ”  Read more from KCET here: Groups challenge restoration plan for Ballona wetlands

“The once-quiet Jacumba Wilderness Area in the southwest corner of Imperial County was set aside by the California Desert Protection Act of 1994 as “an area of undeveloped federal land retaining its primeval character and influence, without permanent improvements or human habitation,” as defined by the Wilderness Act of 1964. As vehicular travel of any kind is prohibited, the area is visited by only a few hikers and an occasional Border Patrol officer. However, the construction of the border wall has brought a flurry of activity that could lead to profound and irreversible environmental changes to the area.   The requirements for public review were waived in the interest of border security, and consequently most information about the project must be obtained from a detailed online search or by physically walking into the area. … ”  Read more from KCET here:  Border wall construction trumps Jacumba Wilderness Area

FUNDING OPPORTUNITY: USDA to Invest up to $360 Million in Partner-Driven Conservation