The fish food story:  “The saying rang true when Mark Twain coined it, “Whiskey is for drinking. Water is for fighting.”  150 years later it still resonates and throughout the arid West, it is often repeated as gospel.  But in California’s Central Valley an unlikely group of partners are coming together to write a new chapter in the saga of California water. Farmers, water districts, government regulators, and conservation scientists are all putting acrimony aside and getting down to business, working alongside one another to integrate a 21st century scientific understanding of how rivers work and how fish use them into farm and water management. In so doing, they are creating multiple benefits for birds, fish, farms, and people.  The Fish Food on Flooded Farm Fields program aims to help dwindling salmon populations by recreating floodplain-like wetland habitats on winter-flooded farm fields. ... ”  Read more from The Current here: The fish food story

Rolling out the un-welcome mat:  “Over the years we have spent a lot of effort helping fish to spawn on both sides of the Pacific Ocean, yet occasionally a project comes along that requires us to do exactly the opposite. We recently completed one such project to prevent the spawning of Chinook salmon in the Sacramento River. While this may seem a bit odd, considering recent efforts to bolster salmon populations in the basin, we were tasked with preventing spawning in a small area of the river in order to facilitate the construction of a new bridge at Jelly’s Ferry near Red Bluff, California. The bridge, originally constructed in 1949, has begun to deteriorate in recent years and is currently closed to traffic. Prior to construction of the new bridge, we were charged with placing an anti-spawning mat along the river substrate in a particularly favorable-looking area of gravel downstream of the bridge, in order to ensure that potential spawning activity by Chinook salmon did not interfere with construction activities. ... ”  Read more from FishBio here: Rolling out the un-welcome mat

Humboldt County: A community effort to recover the Elk River:  “In December of 1849, eight forlorn gold hunters of the Josiah Gregg party arrived from the Trinity River goldfields at what is now Humboldt Bay, and after several days spent exploring the region, the men “pitched our camp near the bluff, on the top of which is now Fort Humboldt”, and hunted Elk for a Christmas Day feast. Thus, the Elk River, Humboldt Bay’s largest freshwater tributary joining the Bay at the south end of Eureka, got its name.  The Wiyot Tribe, present in the region for several millenia before the explorers arrived, called the river Iksori – their name for the village at its mouth. As a side-note, those same explorers also named the Mad River, the Van Duzen River, and the Eel River where they bartered with Native Americans for pacific lamprey. ... ”  Read more from The Current here: A community effort to recover the Elk River

Recovering lost Leviathans: Pyramid Lake Lahontan Cutthroat:  “Renowned for its imposing size, the Lahontan cutthroat trout (Oncorhynchus clarkia henshawi) is the stuff of fish legend. Anglers from around the world travel to Nevada’s Pyramid Lake in hopes of hooking one of these lacustrine leviathans, which can reach lengths of nearly three feet. While these remarkable giants have been only a distant memory in most of their range, recently, fish carrying the ancestral genes of Pyramid Lake Lahontan cutthroat trout migrated to the waters of the Truckee River in 2014 to spawn for the first time in 80 years. The return of these fish to the Truckee, which has continued each year since, represents the culmination of years of conservation efforts by local, state, and federal agencies, as well as the Pyramid Lake Paiute Tribe. A publication in Fisheries Magazine describes the journey these groups have taken to bring back this important population of fish, and the long road to recovery that lies ahead (Al-Chokhachey et al. 2019). ... ”  Read more from FishBio here:  Recovering lost Leviathans: Pyramid Lake Lahontan Cutthroat

Environmental DNA shows promise in estimating sport fish populations:  “Anglers often lament how hard it can be to land a fish for dinner, but the tougher job usually falls to fisheries managers, who have set sustainable catch limits for the fishes we love to harvest.  Traditionally, the size of a fish population is estimated using “mark and recapture” studies. To get those numbers, researchers must head to a body of water, pile into boats, catch a whole lot of the species of fish they're after, tag and release them, and then return later to catch another mess of fish and look for ones they had previously tagged. By comparing the percentage of marked fish to the number recaptured, they can estimate the size of a population. ... ”  Read more from PhysOrg here: Environmental DNA shows promise in estimating sport fish populations

Climate change could dramatically reduce US snowstorms:  “A National Science Foundation study led by Northern Illinois University scientists suggests that American winters late this century could experience significant decreases in the frequency, intensity and size of snowstorms.  Under an unabated greenhouse gas emissions scenario, the study projects 28% fewer snowstorms on average per year over central and eastern portions of North America by the century's last decade, with a 33% reduction in the amount of snow or frozen precipitation and a 38% loss in average snowstorm size.  “If we do little to mitigate climate change, the winter season will lose much of its punch in the future,” said Walker Ashley, an NIU meteorologist and lead author of the study, published in Nature Climate Change. ... ”  Read more from the National Science Foundation here: Climate change could dramatically reduce US snowstorms

Visualizing the deep carbon cycle:  “The carbon cycle is at the heart of Earth’s planetary evolution. We see it manifest at all scales, through new crust forming along mid-ocean ridges, eruptions circling the Ring of Fire, and coral reefs shining along continental shelves. It is as fundamental to our understanding of Earth as those foundational processes we learn about in grade school, like photosynthesis and the water cycle. The carbon cycle, quite literally, shapes the world around us. But its impacts, like most geologic processes, take place on timescales that are difficult for us to fathom.  To fully appreciate this powerful and gradual process, it’s essential to be able to visualize it, and by marrying advanced computational techniques with comprehensive geologic data, a research group based at the University of Sydney has been able to do just this. ... ”  Read more from EOS here: Visualizing the deep carbon cycle

YOUR INPUT WANTED: Contribute to the Development of the 2022-2026 Science Action Agenda

From the Delta Stewardship Council:

Collaborative development of the 2022-2026 SAA will stem from a broad list of management questions—as called for by the 2019 Delta Science Funding and Governance Initiative—to ensure science actions inform policy and management and to improve coordination across the Delta science enterprise.

You are invited to participate in an online survey that will help to identify these management questions as well as provide feedback on the 2017-2021 SAA. Responses are requested by 5:00 PM on Friday, July 17, 2020 to be considered.

Management questions received through this survey will be added to an inventory of questions that will be evaluated (based on draft screening criteria) and refined during a virtual public workshop on September 29, 2020. Workshop registration is now open.

To learn more about the document and 2022-2026 update, visit the SAA web page or e-mail SAA@deltacouncil.ca.gov. 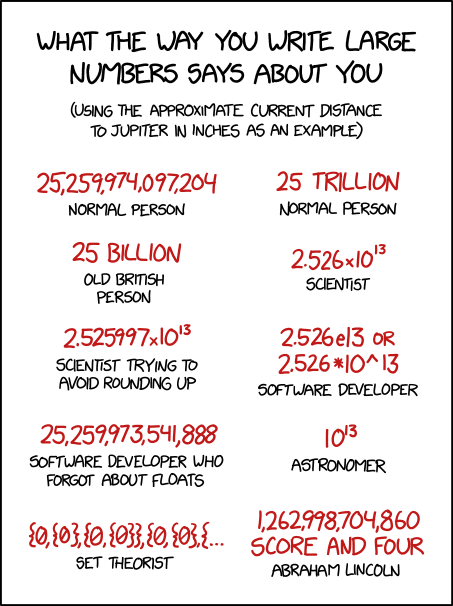 FEATURED IMAGE: Looking back in time with Herschel and Planck, by the European Space Agency:  If you put 228 old TV sets together, the poorly synced views on their screens might look a bit like what you see here. But the science behind these images – and the technology required to obtain them – is far more fascinating than what their appearance might suggest.  Rather than pixelated colourful static, the vast majority of these 228 thumbnail images shows dense ‘over-concentrations' of far-away galaxies that could be the seeds of the galaxy clusters we see in today’s Universe.