Tiny shrimp, big problem: A collaboration of science and business could rid Lake Tahoe of a major polluter:  “Lake Tahoe is known for its beautiful blue waters and remarkable transparency. But its clarity is threatened by climate change and urbanization — and billions of tiny invasive shrimp.  Researchers at the UC Davis Tahoe Environmental Research Center are dedicated to investigating the many factors facing the lake today, collaborating on solutions and educating the public.  According to the most recent Tahoe: State of the Lake report, published yearly to present data in the context of the long-term record, efforts to restore clarity have been directed at mitigating the impacts of land-use practices and urbanization. But researchers have recently identified Mysis shrimp as a previously unconsidered major cause of clarity decline in Lake Tahoe. … ”  Read more from UC Davis here: Tiny shrimp big problem

High-tech glimpse of restored wetlands:  “San Francisco Bay is the largest estuary on the West Coast, and in recent years much effort has been put into restoring tidal marsh habitat in the Bay. As people flooded to the area beginning in the mid nineteenth century, this wetland habitat was considered wasted space and was deliberately filled in, or ‘reclaimed’ for agriculture and development, which reduced the size of the Bay by a third. Today, only about 8 percent of the historic marshlands still remain, but that number is growing quickly thanks to numerous restoration projects around the Bay. FISHBIO was recently invited to tour one such project in the North Bay, where we had the opportunity to use our ARIS sonar camera to examine the fish community in the restored area. Project developers had incorporated a number of unique designs into the restoration project, including root wads and mounds that they hoped would increase the amount of sediment deposited. They were eager to see if these components had an influence on the fish community in the area. ... ”  Read more from FishBio here:  High-tech glimpse of restored wetlands

Internal compass guides salmon’s incredible journey:  “After spending their adult lives at sea, salmon famously swim upriver until they reach the exact location where they were hatched. Salmon complete this incredible journey only once—after they spawn, they die. A new study has found evidence that salmon’s homing instinct may be driven in part by tiny particles of magnetite that serve as an internal compass, a mechanism previously identified in sea turtles, bats, and birds but not yet in fish.  Long-distance animal navigation is thought to be partly guided by Earth’s magnetic field via a phenomenon known as magnetoreception. “Magnetoreception seems to be fairly universal,” having been identified in all major taxonomic animal groups, said Richard Holland, a zoologist at Bangor University in the United Kingdom who was not involved in the new study. … ”  Read more from EOS here: Internal compass guides salmon’s incredible journey

Environmental DNA: New technology, new uncertainties, and establishing best practices:  “With any new technology comes a slew of new uncertainties, requiring scientists to wrestle with questions about best practices, possible sources of error, and interpretation of results. This has been the case for environmental DNA (eDNA), a relatively new approach to ecosystem monitoring that relies on detecting DNA molecules that organisms shed into their environment. Although eDNA is being used by an increasing number of research programs, a number of challenges stand in the way of its adoption as a mainstream scientific tool. To highlight these challenges and possible solutions, leading scientists in the field came together at an eDNA symposium held by the UC Davis Coastal and Marine Science Institute in January 2020. This workshop provided insight into the current challenges of eDNA approaches, ongoing projects throughout California, the need for a consensus on using eDNA in monitoring programs, and future uses and benefits of the technology. ... ” Read more from FishBio here: Environmental DNA: New technology, new uncertainties, and establishing best practices

California’s climate refugia: mapping the stable places:  “Some landscapes can hold their own against climate change better than others. A study from the University of California, Davis, maps these places, called “climate refugia,” where existing vegetation is most likely to buffer the impacts of climate change through the end of the century.  It found that about 15 percent of natural lands in California serve as climate refugia for the state’s plants, including trees, shrubs, annuals and perennials. The mapping tool can help natural resource managers prioritize and plan climate-adaptive management efforts, such as wildlife habitat conservation and post-wildfire restoration.  The study is published in a special issue of the journal Frontiers in Ecology and Evolution devoted to the theme of climate refugia. The issue and an accompanying website, climaterefugia.org, include other refugia related to fish and wildlife, rivers and wetlands, mountains and forests. ... ”  Read more from UC Davis here: California’s climate refugia: mapping the stable places

Understanding forecast uncertainty:  “A family in California agonizes over whether to pack all their things and move out of their house after seeing that there is a 30% chance their house will be burnt in a forest fire today. A mayor pours over hurricane forecasts to determine what guidelines they should offer to people in their city. State officials sort through coronavirus forecasts to determine the best course of action for their state.  Forecasts allow us to make informed decisions about how to respond to future scenarios. However, forecasts can’t tell us exactly what will happen in the future. Forecasts often give the likelihood of a given event (e.g. 30% chance of fire) or a range of possible scenarios (150,000–200,000 deaths from COVID-19). We then use that probabilistic assessment to determine the best course of action. Understanding the range of possible outcomes—we call this the uncertainty of the forecast—gives us a better ability to make informed decisions. … ”  Read more from the EnivroBites here: Understanding forecast uncertainty

Visualizing science: how color determines what we see:  “Color strongly influences the way we perceive information, especially when that information is dense, multidimensional, and nuanced—as is often the case in scientific data sets. Choosing colors to visually represent data can thus be hugely important in interpreting and presenting scientific results accurately and effectively.  “Language is inherently biased, but through visualization, we can let the data speak for [themselves],” said Phillip Wolfram, an Earth system modeler and computational fluid dynamicist at Los Alamos National Laboratory. ... ”  Read more from EOS here: Visualizing science: how color determines what we see 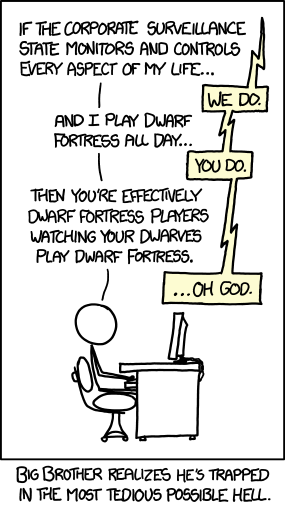