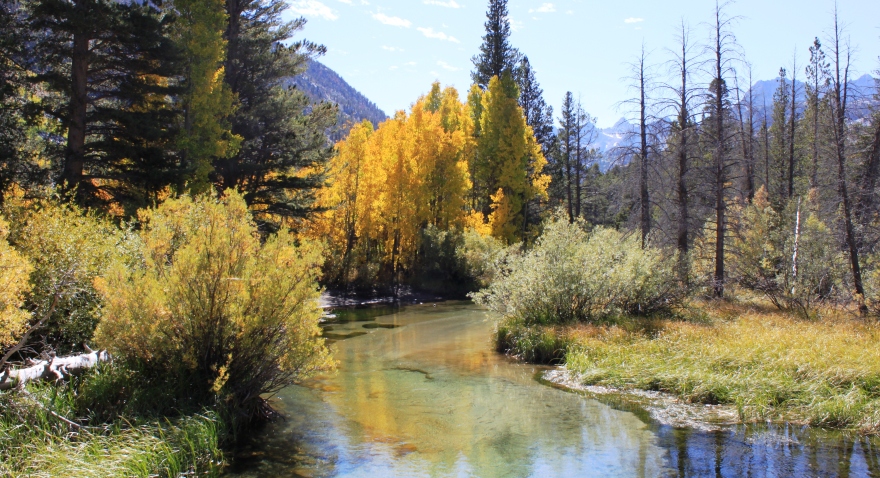 In the news this weekend …

Radio show: What Is ‘SGMA?’ A Primer On California’s Groundwater Overhaul Law:  “We in California are depleting our groundwater aquifers faster than we can replenish them. Over the last few decades in the San Joaquin Valley, that deficit has averaged close to two million acre-feet per year, a total that was exacerbated by drought conditions that may become more common as the climate continues to change. … While many hail SGMA as a success in state legislation and others say the law represents government overreach, most seem to agree: It could change agriculture and the economy in the San Joaquin Valley in a very big way. In this interview, we talk about the nuts and bolts of SGMA with Stephanie Anagnoson, Director of Water and Natural Resources with Madera County. ... ”  Read more from Valley Public Radio here: What Is ‘SGMA?’ A Primer On California’s Groundwater Overhaul Law

Envisioning and Designing the Floating Future:  “On an August day that is brutally hot by San Francisco’s foggy standards, Margaret Ikeda and Evan Jones, architecture faculty at the California College of the Arts (CCA), are on one of the campus’ back lots to present a vision of the future — though at first glance, the object they’re showing off doesn’t look like much. It’s white, roughly heart-shaped, and about the size of a sedan.  As a prototype for what the underside of a floating building — or possibly a whole floating community — might look like, however, it represents years of imagination, research, design, and testing. … ”  Read more from Undark here: Envisioning and Designing the Floating Future

Assessing Cumulative Risk From Water Pollutants:  “New research from scientists at the Environmental Working Group (EWG) shows that an approach that assesses cumulative risk from water contaminants could save lives. EWG senior scientist Tasha Stoiber spoke with EM about how the team developed the innovative new approach.  “Our organization has worked extensively on tap water over the years, and an updated version of our tap water database was just released in 2017,” explains Dr. Stoiber. “We’ve been thinking about new ways to analyze that data.” … ”  Read more from EnviroBites here: Assessing Cumulative Risk From Water Pollutants

Dan Walters: Newsom’s a mixed bag so far:  “As Gavin Newsom disposes of the last few bills from the 2019 legislative session, he more or less closes the book on his first year as governor and it’s an appropriate moment for a progress report.  Overall, he’s had a moderately successful rookie season. He made some progress on some of his campaign promises, but what he called “big hairy, audacious goals” remain elusive and probably impossible to achieve. … ”  Read more from Cal Matters here: Dan Walters: Newsom’s a mixed bag so far

Ocean overlooked when it comes to climate change, say Heidi Cullen and Aimee David:  They write, “A growing majority of Americans now understand and accept the scientific basis of climate change: The carbon dioxide and other heat-trapping gases we release into the atmosphere are making our planet warmer and our weather more destructive.  Here in California we are painfully aware that the risk of wildfires, drought and more powerful storms comes hand in hand with climate change. But there’s another side of the issue that gets too little attention. It’s the story of how, for decades, the ocean has been quietly defending us against the full impacts of climate change. … ”  Read more from the San Francisco Chronicle here: Ocean overlooked when it comes to climate change

The Salmon Cannon – Fish Passage Technology – Vince Bryan – Whooshh:  “Meet Vince Bryan – CEO of Whooshh innovations, the company behind what media has dubbed, “The Salmon Cannon”. Vince talks about the early days and origins of the device (hint – it wasn’t intended for fish passage) and why the company decided to pivot. Also learn about how the device was designed, and its current capabilities.”

US Foreign Policy and Water:  Steve Baker writes, “Virtually every major U.S. foreign policy objective is dependent on how well the U.S. addresses global water. This is important because water and sanitation issues can undermine democracy building and poverty reduction. An even greater benefit is when relationships and trust gained by solving water issues manifest into resolving other key issues of conflict. Water is a Many Splendor’ed Thing brings you another water relationship that has a personally significant impact to your life.” Steve Baker, Operation Unite®; Bringing People Together to Solve Water Problems

Can Super-Sized Aquarium Bubblers Save Oxygen-Starved Fish In Oregon?  “You’d never suspect it on a whisper-still morning, with the mountains and marsh reflecting off the water, but Upper Klamath Lake is a tough place to be a fish.  The shortnose and Lost River suckers provide a case in point. The two species of fish, which look like a big-lipped cross between a carp and cod, used to be common in this southern Oregon lake. For millennia, they were an important traditional food source for the local tribes. The federal government considers them endangered species. … ”  Read more from OPB here: Can Super-Sized Aquarium Bubblers Save Oxygen-Starved Fish In Oregon?

Court dismisses lawsuit against Crystal Geyser, Siskiyou County:  “WATER and the Winnemem Wintu Tribe said they are preparing for an appeal after Siskiyou Superior Court Judge Karen Dixon on Aug. 29 struck down their lawsuit pertaining to the Crystal Geyser facility just outside Mount Shasta’s city limits.  The court denied the petitioner’s challenge, which questioned the validity of the county’s Environmental Impact Report, according to the Statement of Decision. ... ”  Read more from the Taft Midway Driller here: Court dismisses lawsuit against Crystal Geyser, Siskiyou County

Marysville Ring Levee on track for 2024 completion:  “It’s well known that the City of Marysville and its critical infrastructure have experienced extensive and repetitive flooding in the past. That’s why the U.S. Army Corps of Engineers and its partners, the California Central Valley Flood Control Board and Marysville Levee District, have been working since 2010 to upgrade the 7.6 miles of levee that surrounds Marysville, including its population of more than 12,700 residents and the region’s largest hospital, Rideout Memorial. … ”  Read more from the Army Corps of Engineers here: Marysville Ring Levee on track for 2024 completion

Monterey: Court ruling pauses Cal Am desal plant project:  “A Monterey County Superior Court judge has called a halt to work on the California American Water desalination plant project, at least temporarily, while a California Coastal Commission appeal challenging the project’s source wells is pending.  Noting the “uncertainty” around availability of source water for the project, Judge Lydia Villarreal on Tuesday issued a “brief stay” on the operation of the county’s approval of the desal plant permit and prohibited Cal Am from “engaging in any physical construction of the desalination plant and from making any further changes to the land.” … ”  Read more from the Monterey Herald here: Court ruling pauses Cal Am desal plant project