Providing Flows for Fish:  “A reality in California and the American West is that people are competing with fish for water. We humans are winning the competition.  However, because there are moral, aesthetic, and legal obligations to provide fish with water in streams, biologists like me often get asked the question “Just how much water do the fish need, anyway?” This, of course, is the wrong question because the best reply is  “all of it!” if you consider the stream flows under which each fish species evolved, that often varied from raging torrents to gentle summer trickles across a single year.   The question may then switch to, “well, what is the minimum flow we need to provide to keep the fish alive?”  This is also the wrong question because if you keep a stream fish assemblage on minimum flows for a long enough period, most native species will likely disappear. In their place will be trout raised in hatcheries and non-native species like fathead minnows and green sunfish; these fish will live in a highly degraded habitats, signified by dead riparian trees and stagnant pools. A more useful question is “what is the optimal flow regime that will allow a diverse native fish fauna and other biota to thrive, while providing water for use by people?” … “  Read more from the California Water Blog here: Providing Flows for Fish

Managing a Non-Native Delta Ecosystem:  “The Sacramento–San Joaquin Delta has more non-native species than native ones, and its estuary is considered the most invaded in the world. We talked to Jim Cloern—an emeritus scientist with the US Geological Survey and an adjunct fellow at the PPIC Water Policy Center—about this challenge.  PPIC: How have non-native species changed the Delta?  Jim Cloern: The plant and animal communities are very different than they were 50 years ago. There are more than 200 non-native species of animals and plants in the Bay and Delta; all were introduced by people, many in the last half century. Some of these introduced species are relatively low in abundance, but some have emerged as “keystone species.” That means they now play a prominent role in the ecosystem, either by changing processes like food production for fish or by reshaping biological communities. … “  Read more from the PPIC blog here: Managing a Non-Native Delta Ecosystem

Rare California trout species returns to native habitat:  “For the first time in nearly a century, a rare California trout species will swim in a mountain creek that is its native habitat, marking a major milestone that conservationists hope will lead to a thriving population and removal of its threatened status.  About 30 Paiute cutthroat trout will be plucked Wednesday from Coyote Valley Creek in the eastern Sierra Nevada wilderness and hauled in cans strapped to pack mules about 2 miles (3.2 kilometers) west into Long Valley. State and federal researchers will be on hand as the fish are dumped into a stretch of Silver King Creek at around 8,000 feet (2,438 meters) elevation, where the shimmering species glided through the cold water for thousands of years below a waterfall before they started disappearing in the 1920s. … ”  Read more from Phys Org here: Rare California trout species returns to native habitat 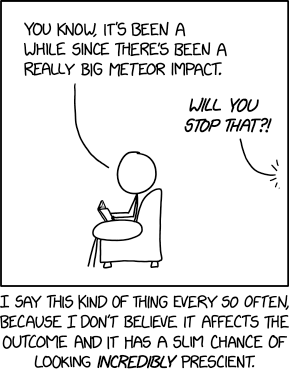