SCIENCE NEWS: The Hotel California of fossilized worms; How many bass and catfish are in the San Joaquin River?; Meet a beach worm that builds sand castles; San Diego salt marsh restoration project now a flourishing wetland habitat; and more …

NASA visualization shows the Gulf Stream stretching from the Gulf of Mexico all the way over towards Western Europe. The ocean flows are colored to show sea surface temperature data. Click on picture for more information.

In science news this week: The Hotel California of Fossilized Worms; How Many Bass and Catfish are in the San Joaquin River?; Meet A Beach Worm That Builds Sand Castles; San Diego: Turning back nature’s clock: Salt marsh restoration project now a flourishing wetland habitat; How habitat loss can destabilize ecosystems; Mapping groundwater’s influence on the world’s oceans; and more …

The Hotel California of Fossilized Worms:  “Researchers exploring cold seeps and fault activity in the deep sea of Santa Monica Bay near Los Angeles, California, are accustomed to exciting discoveries, but the sight of an undersea “city of worms” scattered like a jumble of broken pencils across the seafloor was unexpected. The trove of tube worm fossils was clustered near a cold seep, where gases and fluids escape from the seafloor.  “I’d never seen anything like it, so many fossils of one particular type of tube worm all in one place,” says Magdalena Georgieva, a postdoctoral researcher with the Natural History Museum in London, United Kingdom, who worked with a team from California’s Monterey Bay Aquarium Research Institute (MBARI). ... ”  Read more from Hakai Magazine here:  The Hotel California of Fossilized Worms

How Many Bass and Catfish are in the San Joaquin River?  “The fish assemblages in the San Joaquin River and the Sacramento-San Joaquin Delta are heavily dominated by non-native species. But we actually don’t know just how many of these non-native fishes are living in the river system. This information could be useful, given that many of these species are popular sportfish, and population sizes are a key aspect of fisheries management. In addition, predation by non-native fishes is one of many factors can affect the survival of young salmon and steelhead migrating to the ocean. Not knowing the size of predatory fish populations makes it difficult to assess the risk of predation to young salmonids, and whether this risk may be limiting salmon and steelhead recovery in the region. To help fill in this missing piece of information, FISHBIO has launched a new study to count bass and catfish in the San Joaquin River to help estimate their population sizes. … ”  Read more from FishBio here: How Many Bass and Catfish are in the San Joaquin River?

Meet A Beach Worm That Builds Sand Castles:  “If, like me, you are fortunate enough to live near the coast in Northern California, you get to visit the tidepools. And when you do, you may notice something that looks like a pile of sand in the mid-tidal zone below the mussel beds. When you venture down and touch the sand, you’ll find that it’s hard — hard enough to walk on, if you step very carefully, but also somewhat brittle.  It might look something like this ... ”  Read more from Bay Nature here: Meet A Beach Worm That Builds Sand Castles

The Salton Sea: Oasis of Opportunity to a Ticking Time-bomb:  “Once a vibrant and bustling lakefront resort destination, the Salton Sea is now a site of death and decay that frequently serves as the backdrop for post-apocalyptic movies. The waters of this lake are so salty that only a few hardy fish species can tolerate living there, the once-luxurious houses surrounding it now sit abandoned, and recreationists seldom stop by anymore. What could have gone so wrong to trigger such a calamity? Although it ended up an environmental tragedy, the Salton Sea was an accidental oasis that sprung up out of the desert almost overnight. The lake as it currently exists was born out of an engineering accident that changed the course of the mighty Colorado River. ... ”  Read more from FishBio here:  The Salton Sea: Oasis of Opportunity to a Ticking Time-bomb

How habitat loss can destabilize ecosystems:  “An international study has revealed new evidence to help understand the consequences of habitat loss on natural communities.  The research, co-authored by Swansea University’s Dr Miguel Lurgi, shows the specific ways in which human activities destroy habitat is a key factor to understanding the effects of such destruction on the stability and functioning of biological communities.  The paper, published in scientific journal Nature Communications, asks whether putting the focus solely on species diversity may overlook other facets of the way biological communities respond to habitat destruction. … ”  Read more from Science Daily here: How habitat loss can destabilize ecosystems

Seven US Species Invading Other Countries:  “Much ado is made about invasive species — and with good reason. Without local predators or disease, species from other countries can wreak havoc on ecosystems here in the United States. (Think lionfish in the Caribbean, pythons in the Everglades, Asian carp in the Mississippi, etc.)  But what about invasive species from the US? Unfortunately, several of our amazing native flora and fauna have been unintentionally (or intentionally) exported elsewhere in the world, with similar catastrophic consequences.  Here, we list seven American species causing ecological mayhem abroad. ... ”  Read more from the Cool Green Science blog here: Seven US Species Invading Other Countries

Mapping groundwater’s influence on the world’s oceans:  “Researchers at The Ohio State University have created high-resolution maps of points around the globe where groundwater meets the oceans — the first such analysis of its kind, giving important data points to communities and conservationists to help protect both drinking water and the seas.  In a study published June 3 in the journal Geophysical Research Letters, the team showed that nearly half of fresh submarine groundwater discharge flows into the ocean near the tropics. They also found that regions near active fault lines — the area around the San Andreas Fault in California, for example — send greater volumes of groundwater into the ocean than regions that are tectonically stable. And, they found that dry, arid regions have very little groundwater discharge, opening the limited groundwater supplies in those parts of the world to saltwater intrusion. … ” Read more from Science Daily here: Mapping groundwater’s influence on the world’s oceans

Tracking Opioids in Municipal Wastewater:  “By 2016, tens of thousands of Americans were dying with opioids as the primary cause of death. This has prompted officials to search for new ways to intervene, producing a need to monitor and track how and where people become addicted to opioids. However, due to legal risk and social stigma, self-reported opioid use is not always accurate, leaving public health officials hungry for good data. Moreover, the typical data sources used to monitor community drug use have serious time lags that hamper real-time decision-making.  This issue has inspired recent work into tracking opioids in municipal wastewater from researchers at Mathematica, an employee-owned company dedicated to improving public health and wellbeing. Aparna Keshaviah, Sc.M., a senior statistician at Mathematica, spoke to EM about the work. ... ”  Read more from the Environmental Monitor here: Tracking Opioids in Municipal Wastewater 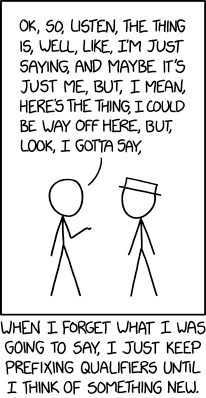