From the Golden Gate Salmon Association and the Pacific Coast Federation of Fishermen’s Associations:

The Golden Gate Salmon Association and the Pacific Coast Federation of Fishermen’s Associations applaud the State of California for acting to protect California’s economically valuable salmon fishery.  Today, the state announced it will write a permit for the State Water Project, operated by the Department of Water Resources, to continue delivering water to its contractors. The permit will comply with the terms of the CA Endangered Species Act (CESA). The action comes as the Trump administration advances its plans to seize more northern California salmon water and divert it to supporters growing almonds and pistachios in the arid western San Joaquin Valley. State officials announced plans today to develop their own protections rather than rely on the federal government to lead efforts to protect endangered Bay-Delta fish species, as has historically been the case.

This permit will allow the State Water Project to deliver water in an environmentally responsible way.  However, the Bureau of Reclamation, which operates the Central Valley Project and delivers water to farmers in the western San Joaquin Valley, is likely to refuse to comply with new CESA requirements to protect salmon and the Bay-Delta.  Instead, those water users, led by the Westlands Water District and Interior Secretary David Bernhardt (their former lobbyist), are working on a dramatic rollback to existing federal Endangered Species Act protections that have been upheld by scientific review and the federal courts.  (These CVP contractors also include unwitting urban water districts like the Santa Clara Valley Water District and Zone 7 which delivers water to urban areas in Alameda County.)  As a result, salmon advocates are calling for the passage of State Senate Bill 1 (Atkins) which would force the federal water project to comply with state established environmental protections for salmon and the Bay-Delta ecosystem.

“Governor Newsom deserves credit for drawing a line in the sand to protect California’s salmon from federal rollbacks.  This decision is appreciated by all Californians who care about balancing water for urban and ag uses with stewardship of the natural resources we’re blessed with here in California,” said GGSA president John McManus.  “This decision will help protect the tens of thousands of Californians employed directly and indirectly in the state’s salmon industry. It will also help protect the coastal and inland communities that rely on salmon as a main economic driver.  For decades, the federal and state water projects have shared the responsibility to protect salmon and the Bay-Delta.  Under former Westlands Water District Lobbyist and now Secretary of the Interior David Bernhardt, that is no longer the case.  But the legislature can solve this problem by passing SB 1, which would require the federal government to comply with the new state permit.”

“These actions by the state could remedy the Department of Water Resources’ longstanding failure to operate the State Water Project in a way that protects important salmon resources worth millions of dollars to salmon fishing families,” said Noah Oppenheim, executive director of PCFFA. “Fishery and water agencies need to coordinate their wildlife and water management activities better. Developing this CESA permit is the best way to ensure their coordination benefits fishermen, salmon-dependent coastal communities, and the seafood-loving public.”

The Golden Gate Salmon Association (www.goldengatesalmonassociation.org) is a coalition of salmon advocates that includes commercial and recreational salmon fisherman, businesses, restaurants, a native tribe, environmentalists, elected officials, families and communities that rely on salmon. GGSA’s mission is to protect and restore California’s largest salmon producing habitat comprised of the Central Valley river’s that feed the Bay-Delta ecosystem and the communities that rely on salmon as a long-term, sustainable, commercial, recreational and cultural resource.

Currently, California’s salmon industry is valued at $1.4 billion in economic activity annually in a normal season and about half that much in economic activity and jobs again in Oregon. The industry employs tens of thousands of people from Santa Barbara to northern Oregon. This is a huge economic bloc made up of commercial fishermen, recreational fishermen (fresh and salt water), fish processors, marinas, coastal communities, equipment manufacturers, the hotel and food industry, tribes, and the salmon fishing industry at large.

From the Coachella Valley Water District: 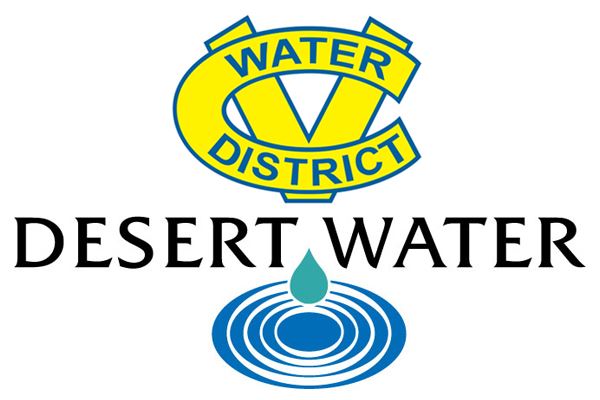 federal court announced on Friday, April 19, 2019 that the Agua Caliente Tribe was not harmed because it has always had access to as much high-quality water as it needs. The judge ruled that the Tribe does not have standing, the right to pursue a lawsuit against the local public water agencies, Coachella Valley Water District (CVWD) and Desert Water Agency (DWA). The only claim remaining in the Tribe’s lawsuit is the “narrow issue” of whether the Tribe has an ownership interest in storage space for groundwater under its reservation, the court wrote.

“Our top priority is and always has been to protect our groundwater supplies to ensure a sustainable, reliable water future for everyone in the Coachella Valley,” said CVWD Board President, John Powell, Jr. “We are part of this community and we are committed to its environmental and economic success.”

The water agencies have spent decades ensuring a safe, reliable water supply to all users in the Coachella Valley, including the five tribes in the basin. Both agencies remain committed to long-term water sustainability.

“The Agua Caliente Band of Indians is an important partner in our region,” said DWA Board President, Joseph Stuart. “We hope to resolve the single, narrow remaining issue and continue working alongside them as we manage this precious resource.”

CVWD and DWA currently deliver water to Agua Caliente hotels, casinos, golf courses, and other developments. The agencies also serve thousands of homes and businesses that lease Agua Caliente land. The agencies have never threatened to cut off or reduce water service for the Agua Caliente. Accordingly, the court wrote, the Tribe did not have standing because “there is no evidence that the Tribe will not be able to access sufficient water to fulfill any particular purpose, much less the purposes of the reservation.”

For more than 50 years, CVWD and DWA have been working together to manage the valley’s water resources. Together, the agencies have imported more than 3.5 million acre feet of water and have slowed and reversed the effects of historic overdraft in the region. The agencies have developed a variety of plans to protect water quantity and quality with the feedback of the community and stakeholders, including the valley’s tribes.

The litigation began in 2013 when Agua Caliente filed a lawsuit seeking rights to groundwater and to halt the agencies’ importation of Colorado River water to the Coachella Valley—a lifeblood of water supply to the region. Under the court’s decision, the agencies’ recharge operations are free to continue providing critical water supply. The Agua Caliente Tribe, which has approximately 440 members, has not said publicly how much water it thinks it is entitled to or what it would do with that water.

The agencies were represented in the litigation by Redwine & Sherrill LLP, O’Melveny & Myers LLP, and Best, Best & Krieger LLP. Buzz Thompson of O’Melveny commented, “We are very thankful for the time and attention the Court paid to this matter. Water cases not only require a great deal of work, but can impact whole communities—in this case, millions of people and a multi-billion-dollar economy.”

For more information about this lawsuit, visit www.dwa.org/lawsuits or www.cvwd.org.

From the US EPA:

The U.S. Environmental Protection Agency (EPA) is seeking public input on the development of an action plan to accelerate the application of water reuse as a safe, reliable, and sustainable way to meet the country’s current and future water demands.

“To meet the country’s most pressing water resources challenges, EPA recognizes the need for coordinated federal leadership,” said David Ross, U.S. EPA’s assistant administrator for the Office of Water. “Working with our federal partners, we are looking to tap the expertise of our nation’s farmers, utilities, industry, NGOs, scientists, and others to craft a Water Reuse Action Plan that helps our country better prepare for current and future water challenges and meet the water needs of generations to come.”|

EPA will accept public input for the draft Water Reuse Action Plan through July 1, 2019, online via https://www.regulations.gov using Docket ID No. EPA-HQ-OW-2019-0174. After consideration of the input received, EPA will release a draft Water Reuse Action Plan for public comment in conjunction with the 2019 WateReuse Symposium in San Diego, Calif.

Water reuse, sometimes referred to as water recycling, can be used to meet water demands and mitigate the risks posed by droughts. Recycled water can be used for a wide variety of applications including agriculture and irrigation, potable water supplies, groundwater replenishment, industrial processes, and environmental restoration.

The development of EPA’s Water Reuse Action Plan is part of a larger Administration-wide effort to address the nation’s most pressing water resource management challenges. The Water Reuse Action Plan will leverage and complement other federal efforts to advance water reuse, including EPA’s priority to finance water reuse and recycling projects through the 2019 Water Infrastructure Finance and Innovation Act Notice of Funding Availability, and the U.S. Department of Energy’s Water Security Grand Challenge.