From the Office of Congressman John Garamendi: 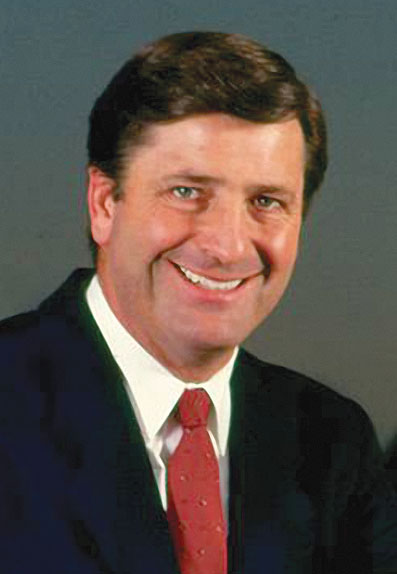 The bill provides $10 million for community-based efforts to conserve the Delta’s cultural heritage, historical landmarks, and natural beauty. Congressman Garamendi, the former Deputy Secretary of the U.S. Department of the Interior under President Bill Clinton, reintroduced this legislation in January. The bill passed the Senate on February 12, 2019 and now heads to the President’s desk for signature.

“A National Heritage Area designation will provide crucial support for the Delta, which I have called home for over 40 years. We must safeguard this iconic working landscape and the most productive watershed in the western United States, and I am pleased that Congress has finally passed my legislation to make that possible,” said Garamendi. “I thank my colleagues in the House for their strong support, and Senator Feinstein for championing the bill in the Senate.”

“I’m proud that the Sacramento-San Joaquin Delta will become California’s first National Heritage Area,” said Senator Dianne Feinstein. “This was a bill I first introduced with Senator Boxer, and I’m pleased that with Congressman Garamendi’s help it’s finally on the cusp of becoming law. The overdue heritage designation will preserve the delta’s rich culture and traditions and ensure it remains an economic engine for the region’s economy.”

As confirmed by the National Park Service, which administers the National Heritage Area grant program, designations do not affect individual property rights in any way nor do they restrict local land use decisions, water rights, landownership, or hunting and fishing within the designated heritage area.

Today officials forecast 379,632 adult Sacramento Valley salmon are now in the ocean off the West Coast, compared to 229,400 a year ago at this time.  This suggests a return to relatively plentiful salmon fishing in 2019 is likely.  In the month ahead, officials with the Pacific Fisheries Management Council will use this forecast and other information to set times and areas open to both sport and commercial ocean salmon fishing for 2019.

The reason for the uptick in this year’s salmon forecast is directly linked to the better Central Valley river conditions during the very wet spring of 2017.  Increased natural runoff from rivers in the Central Valley always boost salmon survival, as measured two years later when the fish return to spawn as adults.

In addition to the Sacramento salmon forecasts, more salmon from other Central Valley rivers and hatcheries, as well as from the Klamath and other north coast rivers, will add to ocean numbers.

“We could see the best season since 2013, which was a really good one,” said GGSA director and publisher of USA Fishing.com Mike Aughney.  “Then as now, the good times came two years after really wet winters and springs in the Central Valley.  If water managers would leave more water in the rivers during some of the drier years, we’d always have more salmon.”

Since baby salmon are considered one year old when they leave the Central Valley in the spring, and most return as three year old adults, you can always count on good fishing two years after lots of rain and snow.  (Yes, with this year’s rain and snow, 2021 should be a good year too!)

The less good news is that the number of adult salmon that returned to the Sacramento Valley to spawn in 2018 fell short of targets for the fourth year in a row.  After three years of missing the target, the National Marine Fisheries Service increased the so-called minimum escapement target from 122,000 to 151,000 fish in 2018.  They may do the same again this season which could result in a shortened season or some areas being closed.  These decisions will be made over the next month but no matter what, most expect good fishing once the season finally gets under way.

In spite of the relatively rosy 2019 forecasts, the entire Central Valley is still recovering from the last great drought which greatly reduced salmon in various Central Valley tributaries.  A few years of good returns to help rebuild the natural spawning stocks is welcome news.

“Drought could revisit us almost anytime, in fact it’s probably just a matter of when.  We need to build and fortify in the good years so we don’t get wiped out again in the bad,” said GGSA secretary Dick Pool.  “That’s why GGSA is working overtime to get salmon recovery, habitat improvements, and hatchery improvements on the new governor’s radar.”

Over diversion of the Central Valley rivers in years with less rainfall is a major reason for declines in the salmon population.  The State Water Resources Control Board is currently trying to rebalance how water is shared in the Central Valley.  GGSA is working to make sure the needs of salmon are heard in this process.

The Golden Gate Salmon Association (www.goldengatesalmon.org) is a coalition of salmon advocates that includes commercial and recreational salmon fisherman, businesses, restaurants and chefs, a native tribe, environmentalists, elected officials, families and communities that rely on salmon. GGSA’s mission is to restore California salmon for their economic, recreational, commercial, environmental, cultural and health values.

Currently, California’s salmon industry is valued at $1.4 billion in annual economic activity in a normal season. The industry employs tens of thousands of people from Santa Barbara to northern Oregon. This is a huge economic bloc made up of commercial fishermen, recreational fishermen (fresh and salt water), fish processors, marinas, coastal communities, equipment manufacturers, tackle shops and marine stores, the hotel and food industry, tribes, and the salmon fishing industry at large.  Salmon are a keystone species that reflect the health of both their fresh and salt water environments.

The Bureau of Reclamation will incrementally increase releases below Keswick Dam from 7,000 cubic feet per second to 25,000 cfs by 2 p.m. on Feb. 28.

Sacramento River levels are expected to increase downstream of Keswick Dam. Take appropriate safety precautions by avoiding the area. It is unsafe to walk or drive into or near flood waters.

The increased releases are necessary to meet flood space regulatory requirements within Shasta Reservoir. Depending on current conditions and inflow levels, operational adjustments will be made as necessary and may occur on short notice.

Midnight reservoir elevations and flows from Keswick Dam may be found at Reclamation’s Central Valley Operations Office website at https://www.usbr.gov/mp/cvo/vungvari/wtr_rpt.pdf.

Current Sacramento River conditions may be found at the Department of Water Resources’ California Data Exchange Center website at http://cdec.water.ca.gov/dynamicapp/QueryF?s=KES or by calling DWR Flood Operations Center at 916-574-2619.