From the office of Senator Dianne Feinstein:

Senator Dianne Feinstein (D-Calif.) introduced the Santa Ana Wash Plan Land Exchange Act to direct the Bureau of Land Management to exchange land with the San Bernardino Valley Water Conservation District in the Santa Ana Wash, at the junction of the Santa Ana River and Mill Creek. This bill, first introduced in 2017, is also included in a broader Senate public lands bill.

The 4,500-acre Santa Ana Wash is a patchwork of land parcels owned by the water conservation district or BLM. The land exchange would help consolidate 1,347 acres of open space to preserve and protect habitat along the river’s floodplain as part of the broader Santa Ana River Wash Plan.

The area is also occupied by two mining companies that extract materials for cement and concrete production. The bill allows these commercial operations to continue in the Santa Ana Wash in an environmentally sensitive manner.

“We must balance environmental protections with the economic needs of the surrounding communities, and this bill achieves that,” Senator Feinstein said. “The Santa Ana Wash and the entire region will benefit from this plan, which will consolidate pristine land and relocate mining operations to other, more suitable locations.”

Under the Wash Plan, new land would be set aside for conservation purposes near land already managed by BLM. This bill lets the water conservation district exchange 310 acres of pristine land for 327 acres of degraded federal land currently managed by the BLM.

In addition to the 1,347 acres of protected habitat, the Wash Plan allows the development of 15 miles of public use trails, supports the recharge of local groundwater aquifers through 77 recharge basins and allows mining operations to continue.

Bill helps to fund conservation projects at wetlands across our nation

From the office of Congressman Mike Thompson: 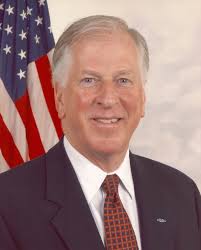 “Our nation’s wetlands contain some of our most beautiful spaces and habitats that are home to a variety of diverse species. Conserving those wetlands is also a critical part of preventing future storm damage and soil erosion,” said Thompson. “That’s why I am honored to reintroduce the North American Wetlands Conservation Act, a bill that funds conservation and mitigation projects at wetlands across our nation. We know that this works, in fact it’s one of our most cost-effective conservation projects. Since 1991, outside partners have invested more than $3 billion to match federal investments of $1.5 billion, well-exceeding match requirements. These investments create local jobs and boost local economies and I am proud to be fighting to ensure this program gets the funding it needs from Congress.”

“Washington should be doing more to identify those federal programs, like NAWCA, that have proven to be successful. NAWCA matches funding from private, state, local partners that then contribute to job creation in our communities,” said Wittman. “Protecting, restoring, and managing wetland habitats is important, and it is critical that we invest efficiently to conserve these areas for the use and enjoyment of future generations.”

“For more than 30 years, the North American Wetlands Conservation Act has been a proven, cost-effective program for conserving our nation’s vital wetland and waterfowl habitat,” said President of Ducks Unlimited Rogers Hoyt. “The introduction of this bill is a strong first step to ensure the next generation of Americans, especially waterfowl hunters, have access to the same natural resources we enjoy today. We thank Representatives Thompson and Wittman for supporting the NAWCA program and look forward to working with Congress to pass this bill.”

The North American Wetlands Conservation Act works to reduce wetlands disappearance by leveraging federal investment to raise contributions from private organizations like landowners, businesses, and state and local governments that support conservation grants. Lands protected under NAWCA offer hunting, fishing, wildlife viewing and other tourism opportunities in which over 100 million Americans participated and spent over $150 billion in 2016 alone.