SCIENCE NEWS: A sailor, a squall and a scientist; Summary of transactions of the smelt working group in Water Year 2018; Surprising changes will affect biodiversity in 2019; Building a better weapon against harmful algal blooms; and more …

A Sailor, a Squall and a Scientist:  The Northern California Water Association blog writes, “It all started in the coastal town of Santa Barbara. It is here, along California’s southern most portion of the Central Coast, where Ted Sommer was preparing to fulfil his childhood dream.  As early as he could remember, Ted had always been drawn to the ocean. And like his boyhood idol, famed sea explorer Jacques Cousteau, Ted wanted to better understand the great unknown.  “Marine biology was all I ever wanted to do, and this was going to be the first of many voyages out to the Pacific Ocean,” said Sommer. … ”  Read more from the Northern California Water Association blog here:  A Sailor, a Squall and a Scientist

Droughts boost emissions as hydropower dries up:  “When hydropower runs low in a drought, western states tend to ramp up power generation — and emissions — from fossil fuels. According to a new study from Stanford University, droughts caused about 10 percent of the average annual carbon dioxide emissions from power generation in California, Idaho, Oregon and Washington between 2001 and 2015.  “Water is used in electricity generation, both directly for hydropower and indirectly for cooling in thermoelectric power plants,” said climate scientist Noah Diffenbaugh, the Kara J. Foundation professor in Stanford’s School of Earth, Energy & Environmental Sciences (Stanford Earth) and senior author of the study. … ”  Read more from Science Daily here:  Droughts boost emissions as hydropower dries up

Western drought ranks among the worst of the last millennium:  “In the late 13th century, Native Americans living in cliff dwellings in the what is now the Four Corners region of the U.S. Southwest abandoned their homes en masse. They moved into river valleys, closer to the water that had become a scarce resource in the midst of one of the worst “megadroughts” to hit the western part of the continent in the last millennium.  Scientists who study climate history have long been concerned that rising temperatures could help tip the already dry region into megadroughts (generally defined as droughts lasting 20 years or longer) again more easily in the future—a major worry in a rapidly growing part of the country that has already had trouble meeting water needs during nearly two decades of drought. … ”  Read more from the Scientific American here:  Western drought ranks among the worst of the last millennium

Surprising changes will affect biodiversity in 2019:  “More than two dozen futurists, environmental scientists and others from around the world recently put their heads together to do a “horizon scan” of emerging trends that are getting relatively little attention but have the potential to have substantial impact on biodiversity conservation in the future.

The research team, led by William Sutherland, professor of conservation biology at Cambridge University in the United Kingdom, then narrowed the list down to 15 top trends poised to affect biodiversity for better or for worse in the months ahead. ... ”  Read more from Scientific American here:  Surprising changes will affect biodiversity in 2019

Dust threatens Utah’s ‘greatest snow on earth’:  “Utah’s Wasatch Mountains are famous for having “The Greatest Snow on Earth.” Snow-seekers in pursuit of world-class skiing and snowboarding contribute over a billion dollars annually to the economy. Snowmelt also provides the majority of water to rapidly growing populations along the Wasatch Front, including Salt Lake City. Understanding what controls snowmelt timing and magnitude is critical for Utah.  It’s more complicated than warming air temperatures; the sun’s energy and longer daylight hours in the spring are the main drivers of snowmelt. Like wearing a black shirt on a hot day, anything that darkens the snow surface — such as dust — will absorb more sunlight and accelerate melting. As humans continue to alter landscapes, dust is more likely to blow onto nearby peaks. Yet scientists are just beginning to understand the impact of dust on snow.  … ”  Read more from Science Daily here:  Dust threatens Utah’s ‘greatest snow on earth’

Building a better weapon against harmful algal blooms:  “Predicting and pinpointing which farming practices are most likely to protect against environmental harm is a complex proposition, and researchers at The Ohio State University are working to fine-tune the tools that could help farmers and others prevent harmful algal blooms.  This week at the American Geophysical Union (AGU) fall meeting in Washington, D.C, a team of scientists from The Ohio State University shared early results from a trio of studies that aim to improve models designed to guide agricultural practices for reducing the risk of nitrogen and phosphorous farm runoff. Such runoff leads to the growth of toxic algae in waterways. ... ”  Read more from Ohio State University here:  Building a better weapon against harmful algal blooms 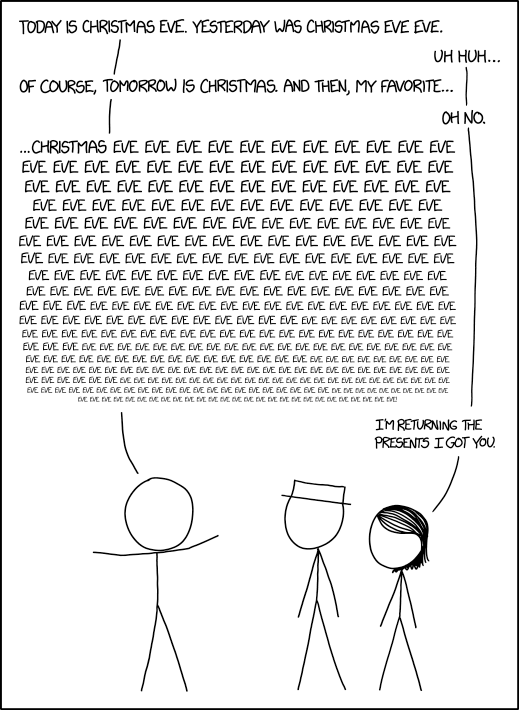