Surveying for survivors:  “Santa Rosa, California is well known for vineyards, arts, and culture. But, the locals know that one of the many benefits the city has to offer is outdoor recreation. Trione-Annadel State Park is among the area’s most popular parks, with 5,500 acres of rolling hills, streams, meadows, and woodlands. The Ledson Marsh area of the park started out as a reservoir to water eucalyptus trees, but it is now home to cattails, tules, native grasses, and a variety of critters, including salamanders, snakes, lizards, rabbits, turtles, scorpions, and frogs. The marsh’s most prized species is the threatened California red-legged frog. … ”  Continue reading at the USFWS here:  Surveying for survivors

“Upcycling” Christmas Trees to Create Fish Habitat: “Christmas can be the gift that keeps giving — to anglers and fish alike.  In the north state, CDFW fish habitat technicians oversee the collection of discarded Christmas trees, which will be used to build underwater habitat structures for local waterways. Long after they’ve brightened holiday homes, these trees will provide shelter for juvenile warmwater fish species — and ultimately will create better fishing opportunities for anglers.  According to Joseph Rightmier, a fish habitat supervisor with CDFW’s Fish Habitat Improvement Shop in Yreka, the trees are weighed down with cables and submerged, creating a refuge for juvenile fish, including Largemouth Bass and crappie. … ”  Read more from the Department of Fish and Wildlife here:  “Upcycling” Christmas Trees to Create Fish Habitat

Oroville Dam earthquakes in February 2017 related to spillway discharge: “A closer look at small earthquakes that took place at the Oroville Dam in California’s Sierra Nevada foothills in February 2017 — near the time when the dam’s spillway failed — suggest that the seismic activity was related to reservoir discharge that opened and closed fractures in the rock below the spillway.  It seems likely that fluid leaking through cracks in the main spillway altered the pressure on the underlying rock fractures, causing them to slowly open and then slam shut, over and over, according to the report in the Bulletin of the Seismological Society of America. ... ”  Read more from Science Daily here:  Oroville Dam earthquakes in February 2017 related to spillway discharge

The full story on climate change requires the long view:  “The science is clear that human activities over the last century have contributed to greenhouse-like warming of the Earth’s surface. Much of the global conversation around climate change fixates on what individual countries or regions are contributing to the problem, and what they will do (or not do) to reverse the tide.  But Colorado State University’s A.R. Ravishankara, University Distinguished Professor who holds joint appointments in the departments of chemistry and atmospheric science, says the full picture is longer and more complex than meets the eye. It involves a legacy of past actions, as well as irreversible commitments for the future. … ”  Read more from Science Daily here:  The full story on climate change requires the long view

Overcoming a climate change fallacy:  “Do you hear the words “greenhouse gas pollution” and immediately flip through a mental slideshow of billowing smokestacks and endless highways jammed with idling cars? I do. Or at least, I did, until I started digging into the growing body of climate change science that shows just how much nature – and the way people use, manage and conserve habitats around the world – is also part of the greenhouse gas pollution story, for good and for bad.  First the good, in the last year alone, Conservancy scientists, partner institutions and research universities have shown increasingly strong evidence that nature can help mitigate some of the human emissions of greenhouse gases in significant ways. ... ”  Read more from the Cool Green Science blog here:  Overcoming a climate change fallacy

The long dry: Why the world’s water supply is shrinking:  “A global study has found a paradox: our water supplies are shrinking at the same time as climate change is generating more intense rain. And the culprit is the drying of soils, say researchers, pointing to a world where drought-like conditions will become the new normal, especially in regions that are already dry.  The study — the most exhaustive global analysis of rainfall and rivers — was conducted by a team led by Professor Ashish Sharma at Australia’s University of New South Wales (UNSW) in Sydney. It relied on actual data from 43,000 rainfall stations and 5,300 river monitoring sites in 160 countries, instead of basing its findings on model simulations of a future climate, which can be uncertain and at times questionable. … ”  Read more from Science Daily here:  The long dry: Why the world’s water supply is shrinking 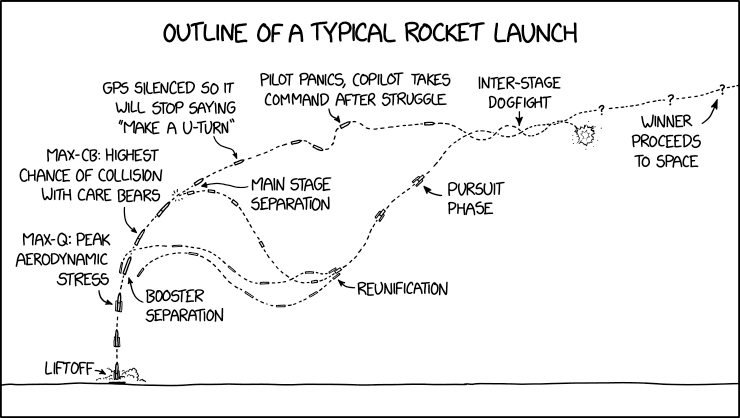