SCIENCE NEWS: The importance of our natural infrastructure; Turbulent history on the San Joaquin River; Economic analysis provides watershed moment for environmental groups; A tale of two paths to the world in 2050; and more …

The importance of our natural infrastructure:  “It’s been about a year and a half since the devastating flooding in downtown San José which tragically displaced 14,000 residents and caused over $100 million in damage. Not a day goes by when I don’t think about what nature did to prevent that tragedy from being even worse, and what more it could do to protect San José from future flooding disasters exacerbated by climate change. Yes, I said nature. The natural floodplains upstream of urban San José – known as Coyote Valley – capture, hold, and slow stormwater flows from Fisher and Coyote creeks. And the hills surrounding Coyote Valley absorb significant amounts of water too, further recharging our groundwater basin and helping to reduce flooding downstream. … ”  Read more from Bay Nature here:  The importance of our natural infrastructure

Turbulent history on the San Joaquin River:  “California’s San Joaquin River is the cause of some of the highest profile legal battles over water law in the state’s history. The saga started in 1927, when the California Supreme Court (Herminghaus v. Southern California Edison Co.) blocked a proposed dam in the exact spot where today’s Friant Dam is currently located. This ruling led to the statewide mandate that all water uses must be “reasonable and beneficial.” Today, the San Joaquin River is the site of one the largest stream restoration projects in the country, the multi-million-dollar San Joaquin River Restoration Program. This program stems from a 1988 lawsuit (Natural Resources Defense Council v. Patterson) challenging the impacts of Friant Dam, which revolved almost entirely around a single sentence in the California Fish and Game Code (§ 5937), stating that if a dam does not have a fishway, the dam owner shall “allow sufficient water to pass over, around, or through the dam, to keep in good condition any fish that may be planted or exist below the dam.” Both the landmark 1988 lawsuit and its 2006 settlement have profoundly shaped fisheries management in the Central Valley. … ”  Read more from FishBio here:  Turbulent history on the San Joaquin River

Economic analysis provides watershed moment for environmental groups: “Economists have found that in the United States, watershed groups have had a positive impact on their local water quality. The study is published in the journal Proceedings of the National Academy of Sciences. This is the first empirical evidence that nonprofit organizations can provide public goods, said Christian Langpap, an Oregon State University economist and study co-author with Laura Grant, an assistant professor of economics at Claremont McKenna College.  In economics, a public good is a commodity or service that individuals cannot be effectively excluded from using, and where use by one individual does not reduce availability to others. For these reasons, public goods can't be provided for profit and nonprofits can play an important role. ... ”  Read more from Science Daily here:  Economic analysis provides watershed moment for environmental groups

Penetrating the soil's surface with radar:  “Ground penetrating radar isn't something from the latest sci-fi movie. It's actually a tool used by soil scientists to measure the amount of moisture in soil quickly and easily.  As with most technologies, it is getting better and new ways to use it are being tested. Jonathan Algeo, a graduate student at Rutgers University, has spent his studies making ground penetrating radar better for different uses, such as measuring soil moisture.  “It's a very common tool in research, agriculture, engineering, and the military for looking at buried objects and measuring water content,” Algeo explains. “One of its main benefits is that it is very fast. … ”  Read more from Science Daily here:  Penetrating the soil’s surface with radar

Salmon migrate using earth's magnetic field:  “How animals migrate might be one of wildlife’s greatest mysteries. Salmon are no exception.  They hatch in a gravel bed in a stream somewhere deep in the wilderness, wiggle up into water current and eventually enter an overwhelmingly vast ocean. After years of swimming with whales and avoiding sharks, they travel sometimes thousands of miles back to that same little stream in that same wilderness where they reproduce and die.  But how does something with a brain the size of a golf ball know how to navigate the world’s biggest bodies of water? The answer sounds like science fiction: Salmon brains communicate with the Earth’s magnetic field. … ”  Read more from the Cool Green Science blog here:  Salmon migrate using earth’s magnetic field

Predicting an El Niño or La Niña year 17 months in advance: “Changes in Atlantic Ocean sea surface temperatures can be used to predict extreme climatic variations known as El Niño and La Niña more than a year in advance, according to research conducted at Korea's Pohang University of Science and Technology and published in the journal Scientific Reports.  The El Niño Southern Oscillation (ENSO) is an irregular, periodic variation in trade winds and sea and air temperatures in the equatorial region of the Pacific Ocean, . Its warming phase of sea surface temperatures, called El Niño, and cooling phase, called La Niña, affects weather and climate around the world. For example, El Niño conditions typically generate more typhoons in the Pacific Ocean and fewer hurricanes in the Atlantic Ocean, while La Niña conditions usually reverse the trend. … ”  Read more from Science Daily here:  Predicting an El Niño or La Niña year 17 months in advance

A tale of two paths to the world in 2050:  Cara Byington writes, “One of my first projects for the Conservancy back in 1992 was the place that would eventually come to be known as the Disney Wilderness Preserve in Central Florida. When I first knew it, though, it was a land of cow pastures, ditches, dirt roads and remnant patches of scrub, longleaf pine, and withering wetlands on the edge of Lake Russell near Orlando.  I remember visiting the property with TNC scientists and listening to them talk about the science and feasibility of restoration, and thinking, is restoration of such a place even possible? … ”  Read more from the Cool Green Science blog here: A tale of two paths to the world in 2050 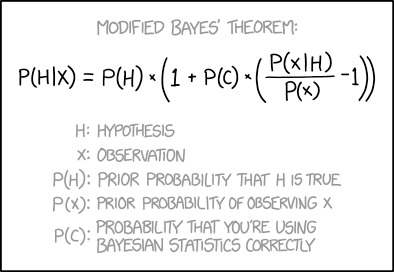