From the Office of Congressman Jeff Denham:

Today, U.S. Representative Jeff Denham (R-Calif.), along with thirteen of his California colleagues, sent a letter to Speaker of the House Paul Ryan (R-Wis.) to make sure Rep. Denham’s House-passed amendment to stop Sacramento’s water grab is included in the next spending bill that is signed into law.

“My amendment halts the disastrous Bay-Delta Plan that would see 40 percent of our water flushed out in to the ocean,” said Rep. Denham. “Congress must act to protect the Valley.”

Rep. Denham’s amendment to stop the states dangerous water grab passed the U.S. House of Representatives in July as part of a Department of the Interior appropriations bill and put a major spotlight on this issue. The amendment, currently awaiting a vote in the Senate, prohibits federal agencies from participating in the state’s plan to deplete the federally owned New Melones reservoir, which provides water for the Central Valley Project and generates hydropower. Sacramento’s plan would drain significantly more water from New Melones each year, potentially leaving it completely dry some years.

Sacramento’s planned water grab would do irreparable damage to Central Valley communities, directly interfering with the New Melones Project’s ability to store water and the Central Valley Project’s ability to deliver water. The plan would subvert the will of Congress and jeopardize a significant portion of our nation’s agricultural productivity. Following a visit to New Melones at the request of Rep. Denham, Secretary of the Interior Ryan Zinke sent a letter to the State Water Resources Control Board highlighting serious concerns with the plan and directed his agencies to propose a new plan to maximize water storage and resolve issues with the state, among other directives.

Rep. Denham will continue fighting to protect Central Valley water, support science-driven river management plans that revitalize our rivers without recklessly wasting water, and push major policies like the New WATER Act that will solve California’s water storage crisis and keep the Valley fertile and prosperous for generations to come.

To read the full letter, click here. For more information about what Rep. Denham is doing to fight for water in the Valley, visit www.Denham.house.gov/water, where you can also sign up to receive periodic updates on his work in Washington to improve local water infrastructure, storage and delivery.

From the Office of Senator Dodd: 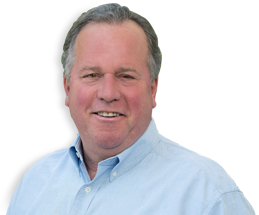 “The Delta is quite simply the lifeblood of our water system throughout the state of California,” Senator Dodd said. “It is so important that we protect it.”

“It is vital to Californians as both a natural resource teeming with abundant wildlife and fish and a vital economic driver for tourism, recreation and local Delta farmers,” Dodd said. “We must continue to protect this cherished watershed by preventing pollution and further marshland degradation and promoting its environmental health.”

Delta week kicks off this year on Sept. 10. A highlight is the annual Delta Waterway Cleanup on Saturday, Sept. 15. A list of cleanup sites and information on how to help is here: http://delta.ca.gov/recreation/cleanup/.

Senator Dodd lauded the stewardship and restoration efforts of the Sacramento-San Joaquin Delta Conservancy and Delta Protection Commission.  Both have been instrumental in protecting the 1,100-square-mile expanse, including many crucial waterways like the Sacramento and San Joaquin rivers, that support 55 fish and 750 plant species and hosts more than 12 million visitors a year.

“Delta Watershed Protection Week is a great way to highlight what a wonderful place the Sacramento-San Joaquin Delta is and help Californians understand the importance of this region in their daily lives,” said Campbell Ingram, executive officer of the Sacramento-San Joaquin Delta Conservancy. “The Delta is the hub of California’s water system. It has some of the most productive agricultural land on Earth and is an amazing recreation and tourism opportunity.”

“In the Delta, more than 660 square miles of farmland and 500,000 rural and urban residents are sustained by the watershed,” said Erik Vink, executive director of the Delta Protection Commission.  “However, the Delta watershed is vital to all Californians — providing water throughout large portions of the state, offering recreational opportunities to visitors, and sustaining a network of ecosystems. Delta Watershed Protection Week is an opportunity to celebrate our watershed and take actions to ensure its health for future generations.”

To learn more about the Sacramento-San Joaquin Delta Conservancy’s mission to preserve, protect and restore the natural resources, economy and agriculture of the Delta, visit: http://deltaconservancy.ca.gov/

The Delta watershed is your backyard playground — a short drive from the San Francisco Bay, Sacramento, and Stockton areas. Explore www.VisitCADelta.com for places to stay, eat, and play during #DeltaWatershedWeek.

From the Office of the Governor:

Just days before the world comes to San Francisco to collaborate on ways to protect the environment, Governor Edmund G. Brown Jr. today signed an executive order to safeguard California’s unique plants, animals and ecosystems which are threatened by climate change.

“The new reality of climate change requires a more thoughtful and systemic approach that considers the connections and the vast web of relationships that tie together the myriad elements of California’s ecosystems,” Governor Brown wrote in the order.

California is home to more species of plants and animals than any other state in the country.

The deserts, forests, mountain ranges, valleys, wetlands, woodlands, rivers, estuaries, marine environments, rangelands and agricultural fields of California provide refuge for a vast array of species including approximately 650 species of birds, 220 mammals, 75 amphibians, 70 freshwater fish, over 100 marine fish and mammals and approximately 6,500 native plants – of which 2,000 or more are rare.

Together, the state’s plants and animals co-exist to create the complex ecosystems upon which so much of California’s people and economy depend.

This executive order directs the Department of Food and Agriculture and the Department of Fish and Wildlife to work together to safeguard existing plants and animals while restoring and protecting habitat across both working and wild places.

The steps outlined in the executive order and complimentary California Biodiversity Initiative will improve understanding of the state’s biological richness and identify actions to preserve, manage and restore ecosystems to protect the state’s biodiversity from climate change.

The text of the executive order can be found here.