Fish-friendly flood control: Improving salmon habitat at Sacramento levees:  “It’s no secret that most of California’s waterways have been extensively modified to safeguard valuable agricultural lands, public infrastructure, and private property. In the Sacramento Valley, the transformation from frequently flooded grasslands and marshes into farmlands and cities fortified by levees began in earnest about 100 years ago with the passage of the Flood Control Act. Now, about 1,000 miles of largely monotonous, riprapped levees shield the fertile valley floor from destructive flood waters, and constrain most of the large rivers to a relatively narrow riparian corridor. The majority of these levees were constructed with little or no consideration of their resulting impacts on fish populations. ... ”  Read more from FishBio here:  Fish-friendly flood control: Improving salmon habitat at Sacramento levees:

Tuning into Klamath Basin suckers:  “Chris Derrickson tilts his head slightly, listening to the faint bird-like ‘chirping’ sound through his earphones while standing in a slowly moving boat. He concentrates on a digital scanner as the chirp grows stronger, closing in on his target. But rather than look to the sky for a bird, Derrickson leans over, peering into the murky waters of Upper Klamath Lake.  His target is a fish, more precisely a juvenile endangered sucker fish with an implanted radio transmitter.  Derrickson and Jordan Ortega, both interns at Oregon State University, are spending the summer tracking two-year-old Lost River and shortnose suckers. As part of a pilot project, their mission is to determine where the young fish hang out, and more importantly, if they are surviving. … ”  Read more from the US FWS here:  Tuning into Klamath Basin suckers

Does rain follow the plow?  “What makes it rain? Many people joke it only takes washing the car or forgetting an umbrella to make rain fall, though in reality, those things are two of many rain-making myths that have been perpetuated throughout the years.  In the 19th century, the “rain follows the plow” myth was used to justify settlement of the Great Plains. The cultivation of semi-arid to arid land was said to increase rainfall by moistening the soil and humidifying the atmosphere. Subsequent research debunked the myth, though large discrepancies still existed between model representations and actual observations. ... ”  Read more from Science Daily here:  Does rain follow the plow? 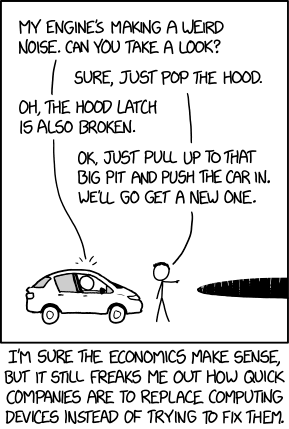