As part of the construction of the State Water Project, the Department of Water Resources (DWR) in the 1960s entered into water supply contracts with public water agencies located in northern California, the Bay Area, San Joaquin Valley, Central Coast and Southern California to provide water service to the contractors in exchange for payments that recover the water supply cost of providing the service.  There are 29 contractors for water from the State Water Project who hold contracts with expiration dates that range from 2035 to 2042.

With most contracts expiring in 17 years, financing for California Water Fix and other capital upgrades and repairs to SWP facilities cannot be financed by issuing 30-year revenue bonds, resulting in shorter-term bonds which increases annual repayment costs to the contractors.

In 2013, the Department of Water Resources began the contract extension process, holding 23 negotiation sessions over a one year period that resulted in a set of Agreements In Principle for the contract extension which was signed by 25 of the 29 contractors.  The Agreements in Principle provides for the extension of the expiration dates on all contracts to December 31, 2085; makes changes to billing procedures, reserves and other financial changes; and establishes a finance committee of both DWR staff and contractors. An Environmental Impact Report was then prepared from the Agreements In Principle and released on August 17, 2016.  The draft EIR determined that the extension amendment to the contracts would not result in any physical environmental impacts since it addresses only the financial provisions of the contract.

The Planning and Conservation League, the Sierra Club, Restore the Delta, California Sportfishing Protection Alliance and other interest groups following the negotiations have submitted a letter, alleging among other things, that the AIP does not mention new proposed amendment changes that would enlarge the water selling market and are likely designed to fund Kern County and other agricultural users’ participation in Cal Water Fix; they allege these changes could cause substantial impacts from transfers, exchanges and sales of water both to the environment and downstream users.  An updated environmental impact analysis is legally required for the substantive changes contemplated under the present contract amendment negotiations, they say.  (Read the full text of letter by clicking here).

In recent months, the contract extension negotiations resumed, and on May 10th, DWR Director Karla Nemeth sent a letter to Senator Holly Mitchell requesting that an Informational Hearing be scheduled before the Joint Legislative Budget Committee regarding the SWP Water Supply Contract Extension.  Water Code Section 147.5 requires an informational hearing with the legislature at least 60 days prior to final approval of the contract extension.  The request was accompanied by the Proposed Contract Extension Amendment, dated February 13, 2018. 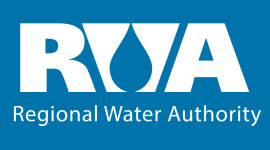 John Woodling, Executive Director of the Regional Water Authority, which represents 21 water providers serving 2 million people in the Sacramento region, issued the following statement regarding bills AB 1668 by Laura Friedman (D-Glendale) and SB 606 by Robert Hertzberg (D-Van Nuys) sent to Gov. Jerry Brown for signature. The legislation would, in part, authorize the State Water Resources Control Board to adopt a variety of enforceable water use standards, including standards for outdoor residential use, and contain new requirements for drought planning.

“Over the past two years, the Regional Water Authority has been working with a broad coalition of water suppliers, associations and business groups to develop and shape legislation on long-term water efficiency and drought planning that strikes the right balance between making water efficiency a California way of life and maintaining local control over water management decisions that impact our economy and quality of life.

“AB 1668 and SB 606 establish a water use efficiency and drought preparedness framework that assigns appropriate roles for the state Legislature, state agencies and urban water suppliers.

“The legislation retains local authority to define water conservation measures that are appropriate for our community and requires state regulatory agencies to adopt variances that account for unique local conditions rather than handing permanent, unchecked power to regulators to set and enforce water use targets.

“The bills also strengthen drought planning while recognizing the need to protect and incentivize investments by local water providers and their customers in building reliable water supplies rather than mandating a one-size-fits-all approach that would ration water even when local supplies are secure.

“The Sacramento region is committed to supporting long-term water efficiency as an important part of a comprehensive approach to creating a reliable water supply for California. AB 1668 and SB 606 create the right framework and path forward.  We commend the bills’ authors for their efforts, and especially want to recognize Assemblymember Blanca Rubio who was critical to getting key amendments across the finish line.

“Now that the lengthy process to develop legislation is near its end, we look forward to working with the State Water Board and Department of Water Resources to define the details of implementation.”

John Woodling is Executive Director of the Regional Water Authority, a joint powers authority representing two dozen water providers and affiliates in the greater Sacramento area. Its primary mission is to help its members protect and enhance the reliability, availability, affordability and quality of water resources.

From the California Water Alliance:

The California Water Alliance (CalWA) Board of Directors today voted to oppose Proposition 68, a statewide legislative initiative titled the Parks, Environment and Water Bond, appearing on the ballot in June’s Primary Election.

“All too often, Californians are fooled when they cast their ballots by believing misleading language like that used by California’s Attorney General to describe Proposition 68,” said Erik Hansen, Chairman of CalWA and a San Joaquin Valley farmer.

“Proposition 68 is a highly deceptive measure written by special interests that cloaks what really is a local-parks-and-recreation bond measure billed as a vital state water bond; it utterly fails to give Californians a single drop of new water or solve any of the state’s long-term water problems,” he said.

“Voters reading the state Attorney General’s initiative title and summary will learn little about how its four billion dollars will be spent,” he continued. “To help it pass, they called it a water bond. Nothing could be further from the truth.”

“Local projects like those in Proposition 68 should be paid for by those who use the local and regional parks, not by the entire state’s taxpayers,” Hansen continued. “Pork-barrel spending to benefit environmental and conservation groups will keep our grandchildren paying interest and principal on these bonds for decades into the future.”

“When Californians vote in June, they should remember: Proposition 68 is not a water supply or reliability fix. It gives hundreds of millions of dollars to state conservancies, consultants and advisors without addressing real water problems facing real people,” Hansen continued. “We’ve been fooled before. Don’t let them fool us again.”

“The California Water Alliance’s mission is to promote legitimate water infrastructure policy not to lend credibility to yet another bond initiative that deceives fiscally responsible voters,” Hansen concluded.