New study verifies more paths to survival for endangered winter-run Chinook salmon:  “The most treacherous journey of any salmon’s life is from its natal river to the ocean when it is still a juvenile, usually when they are only a few months old. For endangered salmon, this early journey is a matter of life and death for the whole population.  In a new study from the Metropolitan Water District (MWD), University of California, Davis , the NOAA Fisheries Service and Lawrence Livermore National Laboratory (LLNL), researchers trace this journey in the bones of endangered adult Chinook salmon that return from the ocean to spawn and renew the cycle. The surprising finding was that in their youth, on average, half of these successful adult salmon had wandered beyond their natal reach of the Sacramento River to feed and grow before making their way to the ocean. Many of these salmon used unexpected rivers along the way. … ”  Read more from PhysOrg here:  New study verifies more paths to survival for endangered winter-run Chinook salmon

Who made this redd?  Using eDNA for spawning surveys:  “Keeping tabs on salmon spawning is important for tracking the health of a population, but can present challenges when multiple species spawn in the same location at the same time. Salmon and trout build nests called redds to lay their eggs in the gravel of rivers and streams, and biologists survey these redds several times throughout the spawning season to estimate population sizes and gather environmental information. Inaccuracies can result if a surveyor fails to spot a redd or misidentifies which species created it (Muhlfeld et al. 2006), and it can be difficult to visually distinguish between the redds of different species. However, researchers may one day be able to identify the owner of a redd by analyzing traces of DNA that fish leave in the water, also known as environmental DNA (eDNA).  … ”  Read more from FishBio here:  Who made this redd?  Using eDNA for spawning surveys

Enhancement projects weed out invasives in Marin County:  “Sandy dunes along the California coast often feature hardy European beachgrass and a succulent, freeway iceplant, that many assume is part of the native flora. However, these groundcover plants were originally introduced in the 1800s by Gold Rush settlers who were hoping to keep sand from moving to the nearby roads, railroads and land. Today, they are invasive species that out-compete the native plants and the animals that live there.  Over the years, the invasives took over the native Tidestrom lupine and beach layia, causing them to be placed on the federally endangered species list. The endangered Myrtle’s silverspot butterfly and the threatened snowy plover are dependent on native plants like these, and today, they too are in jeopardy of disappearing from the area. ... ”  Read more from the Department of Fish & Wildlife here:  Enhancement projects weed out invasives in Marin County

Sturgeon sightings in the San Joaquin basin:  “Sturgeon are impressive, prehistoric-looking beasts lurking in the shadows of river-bottoms. Two species of sturgeon are native to California, the white sturgeon and the green sturgeon. The green sturgeon was listed as a threatened species under the Endangered Species Act in 2006, but both species have been in decline since the late 1800s. Sturgeon are slow growing and long lived, especially white sturgeon, which can live up to 100 years and grow up to 20 feet long. Sturgeon live throughout San Francisco Bay, and are known to come into the Sacramento-San Joaquin Delta to lay eggs.  … ”  Read more from FishBio here:  Sturgeon sightings in the San Joaquin basin

Central California is losing $3.7 billion in crop yield per year due to soil salinization:  “From 2011 to 2014, the state of California experienced the worst drought in its recorded history. With that drought came a shortage of agricultural water supplies—in a state that produces nearly half of the fruits, nuts, and vegetables grown in the United States. Though the area has since seen a slight rebound, the central California region is still experiencing a significant loss of agricultural yield and revenue. The primary culprit? Soil salinity.  “Soil salinization is a global phenomenon that threatens the sustainability of agricultural production,” says EPP Assistant Professor Meagan Mauter, “at a time when food demand is increasing.” … ”  Read more from PhysOrg here:  Central California is losing $3.7 billion in crop yield per year

California’s dry regions are hotspots of plant diversity:  “The first “big data” analysis of California’s native plants, using digitized information from more than 22 herbaria and botanical gardens around the state, provides some surprises about one of the most thoroughly studied and unique areas in the country.  For one, the state’s arid regions, including deserts such as Death Valley, are hotspots for originating new plant species and providing refuges for older plants that have disappeared elsewhere.  The goal of the study was to locate places with a high number of endemic plants—those with very small ranges—to prioritize California’s conservation efforts as human development encroaches on wildlands. … ”  Read more from PhysOrg here:  California’s dry regions are hotspots of plant diversity

Climate connection: The surprising ecology of dust:  “High in the snowfields atop the Rocky Mountains in Colorado, things are not as pristine as they used to be. Dust from the desert Southwest is sailing into the Rockies in increasing quantities and settling onto the snow that covers the peaks, often streaking the white surface with shades of red and brown.  The amount of dust that settles on snow varies from year to year. From 2005 to 2008, about five times as much dust fell on the Rockies as during the 1800s, and those years are characterized by researchers as moderately dusty, according to a recent study. In 2009 and 2010, however, the Rockies saw an extreme dust scenario, with the amount of dust blowing onto the mountains mushrooming to five times more than those moderate years. The cause, scientists say, was increasing drought — linked to a warming climate — and human development. ... ”  Read more from Yale 360 here:  Climate connection: The surprising ecology of dust 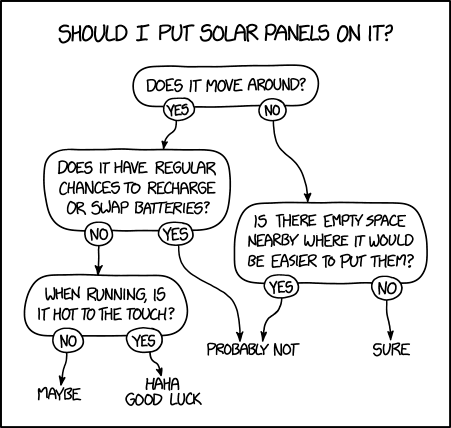