From the Palo Verde Irrigation District: 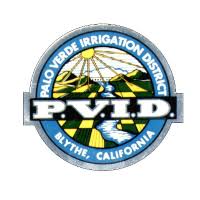 “Palo Verde Irrigation District has taken action to protect the agricultural lands in its service area that sustain the local economy and feed so many families throughout the world,” said Ned Hyduke, General Manager at Palo Verde Irrigation District. “To recognize MWD’s scheme, one need only follow the money, which in this case is more than a quarter billion dollars to fund a land deal that closed in three weeks without any appraisal. The purchase, followed immediately by secretly negotiated farm leases, represents the most predatory water practices since MWD member agency Los Angeles Department of Water and Power drained the Owens Valley in the early 1900’s.”

The 30-page legal filing details how MWD, a junior water rights holder in the Colorado River, engineered an extraordinary three-week purchase of nearly 13,000 acres in 2015 and then secretly negotiated leases with farmers that drastically limited agricultural water use. This was done to bypass PVID and other senior water rights holders to maximize the amount of excess Colorado River Water that could be available for urban regions MWD serves. MWD funded the purchase with $264 million in public funds, more than twice the estimated market value at the time, without a formal appraisal. This action constitutes an illegal gift of public funds of more than $125 million and violated the California Constitution and MWD’s own Administrative Code.

PVID and MWD entered into a Fallowing Agreement in 2004 that allowed landowners to save water and make it available for purchase by MWD. The Agreement prohibited more than 29 percent of PVID land from being fallowed to protect the agricultural and environmental resources within PVID’s boundaries. The 2015 MWD purchase and subsequent farm leases violate terms of this long-standing partnership which, among other provisions, stated that land must be used to the mutual benefit of both agencies and remain compatible with agricultural operations in PVID.

PVID contends that any water saved through additional conservation requirements falls outside of the PVID Program and would not become MWD’s. Further, PVID alleges that MWD did not disclose pertinent information to the public regarding the potential impacts of the new farm leases on the environment and is putting the agricultural character and environment of the PVID area at significant risk.

PVID’s boundaries include more than 131,000 acres, many of which are currently in agricultural production growing a range of feed and specialty crops. The water used to irrigate lands within PVID comes from the Colorado River, and PVID has first priority to use this water with respect to other California water districts. The action includes MWD’s farm leases consisting of 20,435 total irrigable acres, and the additional 12,782 gross acres of farmland purchased in 2015.

Formed in 1923, the Palo Verde Irrigation District serves about 189 square miles of territory in Riverside and Imperial Counties in California.  The District contains approximately 131,298 acres in the Palo Verde Valley and a portion of the Palo Verde Mesa.  The Colorado River forms the eastern and southern boundaries of the District and provides irrigation water to the acreage within the District.  The Palo Verde Valley, with its long, hot growing season is ideal for agriculture, allowing crops to be grown and harvested year-round.  Mild winters, with minimal frost, permit cultivation of many crops not suitable for production in other areas.

From the North Coast Regional Water Quality Board:

The California Attorney General’s Office, on behalf of the North Coast Regional Water Quality Control Board, filed a civil complaint in Trinity County Superior Court against Clay Tucker and several corporations he is associated with, alleging they developed properties in the Indian Creek Watershed in Trinity County in violation of federal and state law.

The complaint, filed Sept. 11, 2017, names Tucker, Independence Corporate Offices, Inc., and Rincon Landholdings, LLC as defendants. It alleges the defendants conducted site development and road-building activities without proper permits on properties near Indian Creek, a tributary to the Middle Fork of the Trinity River, causing harmful and unlawful discharge of pollutants and dredge and fill material into the watershed.

Once developed, the properties were either leased or sold to other parties for cannabis cultivation. The complaint seeks civil liability and a preliminary and permanent injunction against the defendants, requiring that they take immediate action to correct the conditions created by their activities.

“Unpermitted and irresponsible land clearing and development activity associated with cannabis cultivation is a serious and significant threat to water quality in the North Coast. This action highlights the Regional Water Board’s commitment to focusing its enforcement efforts on those causing the most environmental damage.” said Matt St. John, Executive Director of the North Coast Regional Water quality Control Board.

The civil complaint is available here.