From the Office of Public Accountability/Ratepayer Advocate (LA DWP): 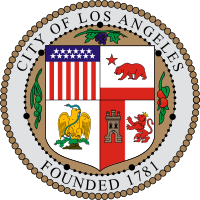 The analysis in this report finds that under a wide array of cost and water demand possibilities, the WaterFix to upgrade the Sacramento Delta water export system is affordable to City of Los Angeles households. Specifically, the WaterFix is estimated to cost the median single family resident household an average of $1.73 per month. The current City median single family resident household water bill is approximately $60 per month. This analysis also finds that long-term City policies to expand local water supplies, while maintaining access to imported water from the Metropolitan Water District of Southern California (MWD), will minimize the WaterFix costs to Los Angeles ratepayers.

From the Central Valley Flood Protection Board:

The Central Valley Flood Protection Board (Board) today adopted the 2017 update to the Central Valley Flood Protection Plan (CVFPP). Developed in partnership with the Department of Water Resources (DWR), the update incorporates the latest information and science to improve flood risk management throughout California’s Central Valley, which includes the Sacramento and San Joaquin River basins. The plan focuses largely on making statewide system recommendations to improve public safety, ecosystem conditions, and economic sustainability.

The 2017 CVFPP emphasizes the importance of investing in long-term, multi-benefit actions to improve flood risk management while improving ecosystem functions, modernizing operations and maintenance practices and strengthening institutional support for flood management. It identifies the need to invest $17 billion – $21 billion in the Central Valley flood system over the next 30 years.

“California cannot afford to ignore our aging flood management systems. While we have made significant investments over the years, we need to push the limits to ensure a resilient and sustainable flood system,” said DWR Director Grant Davis. “This comprehensive plan will have a lasting impact on the entire state and is a result of a strong partnership between state agencies and the stakeholder community.”

Development of the 2017 update to the CVFPP was a cooperative effort involving engineers, scientific and planning experts, counterparts in state, local and federal agencies and a robust network of stakeholders that includes residents, businesses owners, and government officials. The next update to the plan will occur in 2022.

Senate Bill 5, The Central Valley Flood Protection Act of 2008, requires DWR and the Board to update the CVFPP every five years to address new information about flood management needs, advancements in the best available science and new policy considerations.

Under DWR’s leadership, California has invested billions of dollars in voter-approved bonds in flood management and programs to plan and prepare for the impacts of extreme weather driven by climate change. Since 2007, DWR has spent or committed $4.4 billion, leveraged by local and federal resources, to fund over 100 projects under the Local Levee Assistance Program, the Yuba-Feather Flood Protection Program, the Flood Corridor Program and Flood Control Subvention Programs.

Over 250 miles of levees have been evaluated and improved, reducing flood risk for more than half a million Californians. Floodplains have been expanded in key areas to accommodate flood waters, and flood protection has been enhanced along major interstates and hundreds of miles of the Sacramento-San Joaquin River Delta.

On August 25, the Central Valley Flood Protection Board is anticipated to chart a dramatically new course to reduce the risk to the public posed by catastrophic flooding, by adopting the 2017 Central Valley Flood Protection Plan Update. The CVFPP is designed to improve flood protection for over one million Californians and $70 billion in homes, businesses and infrastructure with the objective of providing 200-year flood protection to urban areas while reducing flood risks to small communities and agricultural lands. The meeting agenda, location and webcast link can be found here.

For the past three decades, the central strategy in the state’s effort to reduce flood risk has been to “strengthen in place” – simply building larger and higher levees. That approach provides unreliable flood protection and results in a wide range of impacts, including reduced groundwater recharge and damage to ESA listed species, the state’s most important salmon runs and jobs in the fishing industry. The plan that the Flood Board is expected to adopt includes a dramatically new flood management approach.

This new approach, called multi-benefit flood management, is explained in detail in the Conservation Strategy, which will be adopted as part of the Flood Plan. In short, the multi-benefit approach recognizes that by strategically expanding floodplains, floodways and flood bypasses, we can reduce flood risk to people and property while providing a host of additional benefits.

According to John Cain, Director of Conservation for California Flood Management at American Rivers, “Giving rivers and floodways more room to carry flood waters is the best way to protect communities from dangerous floods, and giving rivers more room provides multiple benefits including clean water, parks, and habitat for fish and wildlife. Giving rivers more room is a proven flood management strategy that has been implemented successfully around the world, including in the Netherlands, where the Dutch are implementing an ambitious “Room for the River” program.”

The new CVFPP’s emphasis on expanding floodways to achieve multiple benefits builds on the successful flood bypass system first implemented in California a century ago. After severe floods in the early twentieth century, decision makers agreed on a plan to expand Central Valley floodways, including the Yolo Bypass, which protects Sacramento and neighboring communities. This bypass system has been highly successful, but has not been expanded for more than half a century. Instead, flood managers focused solely on building bigger and stronger levees. This approach failed catastrophically in New Orleans, forcing engineers to rethink their approach. The new CVFPP proposes new multi-benefit projects, including expanding the Yolo Bypass and creating a new flood bypass along the lower San Joaquin River at Paradise Cut.

Expanding floodways is essential to accommodate the larger floods that are expected to arise from a changing climate. Analysis developed to inform the plan determined that the risk of catastrophic flooding is increasing as a result of climate change. For example, peak flood events along the rapidly urbanizing lower San Joaquin River are projected to increase by as much as 80% in the future and would be twice as large as the disastrous 1997 flood. The warming climate will result in increased storm intensity and more precipitation falling as rain, rather than snow.

Even while the CVFPP was being developed, more than a dozen multi-benefit projects were being planned or built across the Central Valley. Some of these projects are already providing a broad range of benefits to Californians and the state’s natural resources. At Friday’s meeting, the board will also vote to permit a project to place a small notch in Fremont Weir, the weir that controls flow into the Yolo Bypass, to enable adult fish passage by endangered salmon and sturgeon.

This dramatically new approach to flood management has been supported by a wide range of stakeholders, including consensus recommendations from an Advisory Committee that includes agricultural interests, local flood agencies, scientists, environmental and fishing representatives and more.

“Multi-benefit projects that simultaneously enhance the river ecosystem and improve flood safety are key to building a water system that works for both fish and people,” said Jacob Katz, senior scientist with CalTrout. “That’s why this new direction is broadly supported by farmers, flood agencies, scientists, conservationists and fishing groups. It’s rare and powerful for such a dramatic change in California water policy to be driven by a consensus in the stakeholder community. ”

Rene Henery, California Science Director for Trout Unlimited, stated that, “The new Flood Plan is an ambitious, science-based, collaborative effort that maps out the path to a more integrated and resilient California; it serves as a model for the nation on how we can adapt to climate change and reduce flood risk with carefully designed multi-benefit projects.”

The California Department of Water Resources (DWR) has released the third phase of a study evaluating potential options for the reoperation of the state’s existing flood protection and water supply systems to provide increased benefits.   The Phase III report, titled Assessment of Reoperation Strategies, concludes that potential benefits to water supply, ecosystem, and flood management are limited, but more significant benefits could be achieved with investment in new infrastructure.

Following are the key findings of the study:

For this study, DWR developed an analytical framework to guide the formulation and evaluation of various combinations of reoperation strategies. Water agencies and system owners and operators can apply this reoperation framework to formulate their own range of reservoir and system reoperation scenarios to evaluate features such as:

Following are the recommendations for the next phase of the study:

The analytical framework developed in this study will be useful for water agencies and reservoir owners and operators interested in evaluating opportunities for potential benefits through reoperation of their water systems.  Phase III of the study can be accessed here.