From the Delta Stewardship Council: 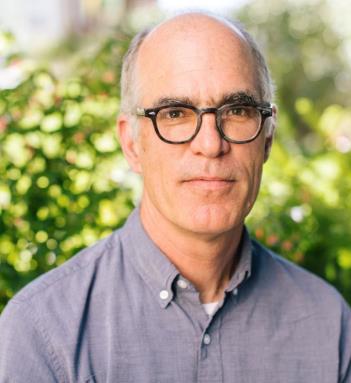 Dr. John Callaway, an internationally recognized expert in wetland restoration, specifically wetland plant ecology and sediment dynamics, was unanimously appointed by the Council on Thursday (July 27) as Lead Scientist. Most recently, Dr. Callaway has served as the director of the Master’s Program in Environmental Management at the University of San Francisco.

In making the appointment, Council Chair Randy Fiorini said, “With his broad understanding of water-related science, his research into carbon dynamics in tidal wetlands, as well as the potential impacts of climate change on tidal wetland ecosystems in the San Francisco Bay John will provide crucial knowledge and scientific leadership as we implement both the Delta Plan and the Delta Science Plan.”

“I look forward to the continuing efforts of building a collaborative scientific community with its search for common truths on the many critical issues that face the Delta,” Dr. Callaway said. “The development of One Delta-One Science is clearly a project of critical importance to California that is helping set standards of how the best available science can more effectively inform the making of policy.”

Callaway’s appointment was the result of a nationwide search and is effective Aug. 2. He replaces Dr. Clifford Dahm, an internationally recognized expert in aquatic ecology, climatology, restoration biology, and a professor emeritus of biology at the University of New Mexico who served two terms in the post of Lead Scientist.

Prior to his position at USF, Callaway was the Associate Director of the Pacific Estuarine Research Laboratory at San Diego State University. He is a member of the Board of Directors of the San Francisco Estuary Institute and has served on a number of advisory panels on wetland management issues including for projects in Louisiana, Venice Lagoon (Italy), San Francisco Bay, and Southern California.

A biology graduate from the University of California, Berkeley, Callaway received his master’s degree in biology from San Francisco State University and his Ph.D. in oceanography and coastal sciences from Louisiana State University. When not working, Callaway and his wife, Patricia Cruse, enjoy biking, hiking, and canoeing throughout California.

Yet another statewide public opinion survey shows Californians overwhelmingly support building more seawater desalination plants to address the state’s ongoing water needs. In a survey released yesterday by Public Policy Institute of California (PPIC) of over 1,700 Californians, 67 percent of adults are in favor of desalination. The poll showed majority support across parties and regions, and across age, education, income and racial/ethnic groups.

“In the wake of the historic drought, most Californians favor building desalination plants on the California coast, and most think that their local government is doing enough to conserve water,” Mark Baldassare, PPIC president and CEO.

The state is currently considering a large-scale seawater desalination project in Huntington Beach that would produce 56,000 acre feet per year (50 million gallons per day) of locally controlled, drought-proof drinking water. That’s enough drinking water for 400,000 residents.  The facility would be a public-private partnership between the Orange County Water District and Poseidon Water.

In a separate poll conducted earlier this year by Tulchin Research and commissioned by the William C. Velasquez Institute, Californians overwhelmingly (87 percent) said they would pay a few dollars more a month for desalinated water.

The Huntington Beach project will be the first large-scale desalination facility in the world in an open ocean setting to include passive 1.0-mm slot wedgewire intake screen with a through-screen water velocity of less than 0.5 ft/sec.  In addition, the plant will use the latest reverse osmosis purification technology, include a state-of-the-art diffuser to ensure low salinity levels, and will be the first large-scale water treatment plant in California to be 100% carbon neutral.

Poseidon Water has also proposed a plan to offer funding to restore and maintain the Bolsa Chica Ecological Reserve, providing much needed funding for the restoration and maintenance of one of California’s last remaining large-scale wetlands.

Today, a statewide coalition of more than 25 community, equity and environmental leaders, and local experts submitted comment letters identifying significant problems with the proposed $1 billion Brookfield/Poseidon Water desalination plant in Huntington Beach. The groups say that while desalination facilities may be appropriate for some California communities, the Brookfield/Poseidon plant – a mega-facility that would continue the industrial use of Southern California’s coast and has been flagged for support from the Trump Administration – is not consistent with California’s science-based, progressive approach to water sustainability, climate change and ocean conservation. The coalition argues that the plant would:

On the basis of these shortcomings, the coalition urges California policy makers and regulatory agencies to deny the project as proposed and instead pursue innovative solutions that showcase California’s leadership in technology, sustainability and ocean conservation.

“We don’t need the water. Orange County sits on one of California’s largest aquifers, which is recharged by our world-renowned Groundwater Replenishment System,” says Ray Hiemstra, associate director of programs for Orange County Coastkeeper. “We know we can conserve at least 25 percent of our water use. That’s equal to three Poseidon plants right there – and it’s free.”

Several of the coalition members also filed comments detailing extensive shortcomings in a draft Environmental Impact Report that the State Lands Commission, a state agency responsible for coastal resources, prepared for the project in May. The State Lands Commission must authorize a lease of state-owned tidelands for the project to advance, but the groups argue that the agency has unlawfully truncated its review of the project.

“Instead of doing its due diligence to analyze the full impact this plant would have on our marine waters and public trust resources, the State Lands Commission is proposing to patch together a partial review process, and trying to avoid consideration of the whole project as the law requires,” says Deborah Sivas, director of the Stanford Environmental Law Clinic.

A study by the Pacific Institute, an independent nonprofit with expertise on water issues, shows that desalinated water is the most expensive supply option available to Californians. If the Brookfield/Poseidon Water plant is approved, Orange County would be locked into an agreement to purchase every gallon of the desalinated water for 50 years – whether it is needed or not.