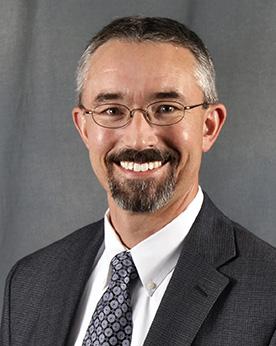 Similar to his prior position as the deputy operations manager, Rieker will oversee the day-to-day water and power operations of Reclamation’s Central Valley Project, one of the largest water storage and transport systems in the world. The CVP is comprised of 20 dams and reservoirs, 11 powerplants and more than 500 miles of canals and aqueducts within California’s Central Valley.

“Jeff has been doing an outstanding job for Reclamation for nearly 20 years,” said deputy director, Pablo Arroyave. “I have every confidence in him as our operations manager here, and I expect his continued success in overseeing one of the Nation’s premier water conservation and delivery systems.”

Rieker began his career with Reclamation in 1999 as a student and hydraulic engineer in Denver. Since that time, Rieker has served as a hydrologic modeler, a river and reservoir operations forecaster, and has overseen a variety of water resource planning and management issues for Reclamation in Carson City, Sacramento and in Washington D.C., where he served as the Region’s liaison and representative in the Commissioner’s Office.

From the US EPA:

The U.S. Environmental Protection Agency has reached an agreement with two Southern California plastic product manufacturers to resolve federal Clean Water Act violations. Both companies have corrected the deficiencies and have returned to compliance.

In December 2015, EPA inspections at the two facilities found violations that likely resulted in plastic pellets, known as “nurdles,” entering storm drains that discharge to the Tujunga Wash, which flows into the Los Angeles River. Nurdles are plastic beads about 1/5 of an inch in diameter. They are widely used in manufacturing and contribute to plastic debris in the nation’s inland and coastal waters.

“The Los Angeles River provides vital habitat to birds, fish and other organisms that depend on the river for survival,” said Alexis Strauss, EPA’s Acting Regional Administrator for the Pacific Southwest. “It is essential that manufacturers take proper steps to prevent nurdles from polluting surrounding waterways and harming local wildlife.”

EPA inspected the facilities at the request of the California Environmental Protection Agency and the Regional Water Quality Control Board in support of the state’s environmental justice enforcement initiative in the Pacoima/Sun Valley neighborhoods in the city of Los Angeles.

Direct Pack, located in Sun Valley, Calif., uses nurdles to manufacture plastic packaging products. EPA inspectors discovered the facility was discharging industrial wastewater without the proper permit. The inspection also found that the facility did not use proper capture devices, such as pans or tarps in loading areas, and did not have necessary containment systems to trap plastic material and prevent releases to local waterways.  Additional deficiencies included improper storage of chemicals and industrial wastes. Finally, the company failed to promptly repair or maintain equipment and did not accurately report monthly inspections.

Nurdles that wash into storm drains and out to open water can be eaten by fish, birds and other wildlife. Ingested plastic can displace food in an animal’s stomach, and may lead to starvation. In the marine environment, plastic debris has been found to absorb persistent toxic chemicals that are harmful to humans and have been shown to travel up the food chain.

Under the Clean Water Act, plastic manufacturers are required to obtain a stormwater permit from the state to discharge industrial stormwater to surface waters. The permit requires the installation of controls and use of best management practices to prevent or minimize the discharges of pollutants in runoff from their operations. Such discharges may contain pollutants such as plastic resin pellets, flakes or powders.

For more information on the stormwater permits under the Clean Water Act, please visit: https://www.epa.gov/npdes/npdes-stormwater-program

The map of the Quick Drought Response Index (QuickDRI) indicates areas of short-term dryness and regions experiencing a “flash drought.” Eastern Montana and the Dakotas are having a rapidly-developing drought emergency, according to the National Drought Mitigation Center. The governors of all three states have declared a drought emergency to provide services to agricultural producers. The USDA has authorized emergency grazing on Conservation Reserve Program (CRP) lands in the hardest hit counties in these states.