Innovative program builds partnerships, provides wildlife habitat:  “As Rob Crawford drove around his property, something caught his eye. He suddenly stopped his pickup truck and grabbed his binoculars.  “See?” he asked. Everyone turned to the right side of the truck, straining to see what Crawford was talking about. In a just a few seconds, it became clear. A group of deer were grazing on Crawford’s soon-to-be flooded field.  “I think my father would be proud,” he said with a smile, his pride difficult to mask. “He loved wildlife and he was a conservationist.”  The same can be said about Rob. He is a lifelong farmer who, with the help of his neighbor, the U.S. Fish and Wildlife Service, has implemented conservation practices that have improved everything from soil quality to wildlife habitat on his farm.  “What you’re seeing here, what we’re a part of is real,” he said. “It’s not for the ducks; it’s not for the fish. It’s for everything.” … ”  Read more from the US Fish and Wildlife Service here:  Innovative program builds partnerships, provides wildlife habitat

The ecology of non-native fish in the San Joaquin River:  “Very few juvenile salmon survive the harrowing journey through the Sacramento-San Joaquin River Delta to the ocean. While scientists and managers have long been concerned by these low survival rates, little research has attempted to understand the role predation plays in salmon survival, and the behavioral and ecological influences that shape interactions between predatory and prey fish. A recent review of predation in the Bay-Delta (Grossman 2016) noted that data on predators and their fish prey are neither extensive nor thorough. This review analyzed more than 30 published and unpublished studies of predation in the Delta, and found the most prominent datasets focused on striped bass, largemouth bass, and Sacramento pikeminnow predation. Only limited conclusions could be drawn from the datasets, as most fish predators were found to prey upon a variety of both native and invasive species. The review ultimately recommended that rather than focusing on just prey consumption, long-term dietary studies should be combined with prey availability and behavioral and experimental studies, which will would help better understand whether predatory fish have dietary preferences, and what behaviors young salmon exhibit to avoid predators. … ”  Read more from FishBio here:  The ecology of non-native fish in the San Joaquin River

Turtles die in Southern California lake following drought and fire:  “Almost all of the turtles living in a southern California lake died following a large fire and years of drought, according to a new U.S. Geological Survey report published in the journal Knowledge and Management of Aquatic Ecosystems.  This study is the first to examine the interaction of fire and drought on the survival, behavior and health of a semi-aquatic turtle population. Given the likelihood of increasing drought frequency in California’s future, conservation of the southwestern pond turtle (Actinemys pallida), along with other sensitive aquatic organisms, will become an even greater challenge. The southwestern pond turtle is a California Species of Special Concern.  Scientists from the USGS Southwest Biological Science Center documented the significant mortality event in Elizabeth Lake, located in the Angeles National Forest of northern L.A. County. … ”  Read more from the USGS here:  Turtles die in Southern California lake following drought and fire

Scientists link California droughts to distinctive atmospheric waves:  “The crippling wintertime droughts that struck California from 2013 to 2015, as well as this year’s unusually wet California winter, appear to be associated with the same phenomenon: a distinctive wave pattern that emerges in the upper atmosphere and circles the globe.  Scientists at the National Center for Atmospheric Research (NCAR) found in a recent study that the persistent high-pressure ridge off the west coast of North America that blocked storms from coming onshore during the winters of 2013-14 and 2014-15 was associated with the wave pattern, which they call wavenumber-5. Follow-up work showed that wavenumber-5 emerged again this winter but with its high- and low-pressure features in a different position, allowing drenching storms from the Pacific to make landfall.  … ”  Read more from Climate.gov here:  Scientists link California droughts to distinctive atmospheric waves

Rivers, dams, and drive-by truckers:  “When it comes to hydropower dams, the world is a pretty polarized place. Many non-governmental organizations — environmental groups and those that advocate for the rights of dam-affected people — oppose nearly all dams due to their often serious environmental and social impacts. On the other hand, developers and funders counter that hydropower dams are the world’s most important source of renewable energy, that they drive economic growth and alleviate poverty, and that their impacts can be effectively mitigated.  As with many contentious issues, the most durable solutions are likely to emerge from some middle ground. Charting a balanced course across a polarized sea requires some guiding stars. While recent advances in science and policy can certainly help lead the way, art and culture can also help light the path and may, in fact, be a better source of illumination for people new to the field. So, if you want to understand the challenges and contradictions of hydropower, and catch a glimpse of a middle way forward, let’s spend some time with Drive-By Truckers. ... ”  Read more from the Cool Green Science blog here:  Rivers, dams, and drive-by truckers

US streams carry surprising mixture of pollutants:  “Many U.S. waterways carry a variety of pollutants, but not much is known about the composition or health effects of these chemical combinations. A new in-depth study, however, is providing insight as it shows the mixtures are more complex than expected and contain compounds that could potentially harm aquatic species. They say the findings, reported this week in Environmental Science & Technology, could have implications for human health.  In previous work that built on European research, scientists at the U.S. Geological Survey (USGS) tested streams across the U.S. for organic, or carbon-containing, contaminants. They found some evidence that these waterways contained complex blends of these pollutants. Paul M. Bradley and colleagues are now releasing results from a much broader follow-up study conducted by the USGS and the U.S. Environmental Protection Agency. The researchers involved in this new investigation checked water samples from 38 streams for 719 organic chemicals. ... ”  Read more from Science Daily here:  US streams carry surprising mixture of pollutants

Fish migration tracked by testing DNA in seawater:  “A bucket of seawater contains more than meets the eye — it’s chock-full of fish DNA. Scientists are now putting that DNA to good use to track fish migration with a new technique that involves a fraction of the effort and cost of previous methods.  DNA strained from samples drawn weekly from New York’s East and Hudson Rivers revealed the presence or absence of several key fish species passing through the water on each test day. Published in PLOS ONE, the findings correlate with knowledge from migration studies conducted over many years with fishnet trawls. … ”  Read more from Science Daily here:  Fish migration tracked by testing DNA in seawater

An electric fix for removing long-lasting chemicals in groundwater:  “Without knowing it, most Americans rely every day on a class of chemicals called per- and polyfluoroalkyl substances, or PFASs. These man-made materials have unique qualities that make them extremely useful. They repel both water and grease, so they are found in food packaging, waterproof fabric, carpets and wall paint.  PFASs are also handy when things get heated. Consumers value this property in nonstick frying pans. Government agencies and industry have used them for decades to extinguish fires at airports and fuel storage facilities.  However, widespread use of PFASs has led to extensive contamination of public water systems. … ”  Read more from The Conversation here:  An electric fix for removing long-lasting chemicals in groundwater

Understanding Earth’s climate:  “Volcanos erupt. Wildfires rage. Floods swell and droughts parch. Weather events may be extreme, but over time affect Earth’s climatic system. Changes in atmospheric circulation, for instance, can directly affect human life, from low-lying ozone and airborne dust-driven increases in respiratory distress among vulnerable populations, to alterations in precipitation patterns that affect crop yields, to wind-forced tidal surges.  Langley has been working for nearly 50 years to understand the complex systems driving changes to Earth’s atmosphere and the environment that it sustains, devising better ways to measure and monitor those changes so that the resultant data can be translated into meaningful knowledge. … ”  Read more from NASA here:  Understanding Earth’s climate 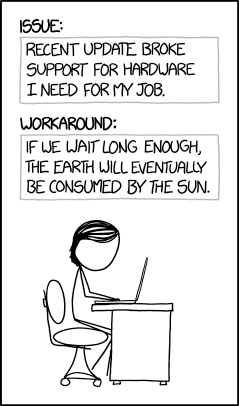