Dos Rios Ranch: A model for restoration:  “While attending this year’s biennial Bay-Delta Science Conference, we were inspired by all the ongoing work to restore habitat throughout the Sacramento-San Joaquin Delta region. Many presentations focused on the significant reduction of California’s historical wetlands, with Julie Beagle of the San Francisco Estuary Institute noting that as much as 98% of the marshland in the Delta have been lost. This significant loss has coincided with the reduction of floodplains throughout the state that serve as crucial rearing habitats for juvenile fishes. Restoration projects, like those currently underway at Liberty Island, are an integral effort to mitigate for these losses and to help restore struggling fish populations throughout the region. We wanted to highlight another restoration project working to return reclaimed farmland in the southern Delta to its natural form at the Dos Rios Ranch. ... ” Read more from the FishBio blog here:  Dos Rios Ranch: A model for restoration

Drought strikes centuries-old oaks:  “The most severe drought in living memory did a number on California’s blue oaks. A new study by UC Berkeley researchers shows how even centuries-old trees struggled when landscape water disappeared between 2012 and 2015.  Some showed stress by producing miniature leaves, some by shedding leaves, and some simply died. The study’s findings will help refine our ability to manage water resources in coming decades—a measure critical for conserving the state’s beloved oak woodlands as climate change effects intensify.  “Plants we thought were probably more resilient to the drought, weren’t. We saw them pushed to their limits,” says UC Berkeley professor Todd Dawson, a principal investigator of the study. ... ”  Read more from Phys Org here:  Drought strikes centuries-old oaks

Rock layers preserve record of ancient sea tides near Blythe, California:  “Five million years ago, the Colorado River met the Gulf of California near the present-day desert town of Blythe, California. The evidence, say University of Oregon geologists, is in the sedimentary rocks exposed at the edges of the valley where the river flows today.  The layers vary rhythmically in thickness, reflecting the influx of sea current during strong spring and weak neap tides, and point to 330 meters (1,082 feet) of uplift of the seafloor in roughly the past 5 million years, said UO graduate student Brennan O’Connell, lead author on a paper online ahead of print in the journal Geology.  The findings provide compelling evidence that this region—the southern Bouse Formation that is rich in tidal features—once was under a northern-reaching, marine water arm of the Gulf of California. … ”  Read more from PhysOrg here:  Rock layers preserve record of ancient sea tides near Blythe, California

Saving a Rare Desert Fish on the Brink of Extinction: “There is a rare species of desert fish fighting for its survival in a fresh water pond in the desert landscape of southern Nevada — the Pahrump poolfish.  According to biologists monitoring the tiny fish, one of the last remaining populations of the endangered Pahrump poolfish, Empetrichthys latos, is at an alarmingly low number, below 1,000, compared to the 10,000 recorded in 2015. Throughout the month of October 2016, U.S. Fish and Wildlife Service biologist James Harter and Nevada Department of Wildlife (NDOW) biologist Kevin Guadalupe are rescuing the Pahrump poolfish from Lake Harriett at Spring Mountain Ranch State Park outside of Las Vegas, Nevada, and moving them to the NDOW’s fish hatchery at the Lake Mead National Recreation Area.  The poolfish are being taken to the hatchery to protect the species from extinction. … ”  Read more from the USFWS here:  Saving a Rare Desert Fish on the Brink of Extinction

Environmental DNA effectively monitors aquatic species populations:  “Environmental DNA (eDNA), the nuclear or mitochondrial DNA shed from an organism into its environment, is a rapidly evolving tool for monitoring the distribution of aquatic species. A new study published in Transactions of the American Fisheries Society discusses the ability of eDNA to accurately predict the presence, relative abundance, and biomass of wild Brook Trout (Salvelinus fontinalis) populations. The study concluded that eDNA was an effective way to measure aquatic singles-species populations. eDNA correctly predicted the presence/absence of Brook Trout in 85.0 to 92.5 percent of the 40 streams where fish populations were surveyed.  The study’s lead author, Barry Baldigo, a research biologist at the US Geological Survey’s New York Water Science Center, said eDNA has become an increasingly important tool for quickly and accurately assessing biodiversity in aquatic habitats. ... ”  Read more from PhysOrg here:  Environmental DNA effectively monitors aquatic species populations

NASA releases eye-popping view of carbon dioxide:  “A new NASA supercomputer project builds on the agency’s satellite measurements of carbon dioxide and combines them with a sophisticated Earth system model to provide one of the most realistic views yet of how this critical greenhouse gas moves through the atmosphere.  Scientists have tracked the rising concentration of heat-trapping carbon dioxide for decades using ground-based sensors in a few places. A high-resolution visualization of the new combined data product – generated by the Global Modeling and Assimilation Office at NASA’s Goddard Space Flight Center in Greenbelt, Maryland, using data from the agency’s Orbiting Carbon Observatory-2 (OCO-2) satellite build and operated by NASA’s Jet Propulsion Laboratory in Pasadena, California – provides an entirely different perspective. ... ”  Read more from NASA here:  NASA releases eye-popping view of carbon dioxide

Mapping long-term global surface water occurrence:  “In an article published in Nature on 7 December 2016, JRC scientists describe how, in collaboration with Google, they have quantified changes in global surface waters and created interactive maps which highlight the changes in Earth’s surface water over the past 32 years.  Based on over three million satellite scenes (1 823 Terabytes of data) collected between 1984 and 2015, the Global Surface Water Explorer was produced using 10,000 computers running in parallel. The individual images were transformed into a set of global maps with a 30-metre resolution, which enable users to scroll back in time to measure the changes in the location and persistence of surface water globally, by region, or for a specific area. The maps are available for all users, free of charge. … ”  Read more from Science Daily here:  Mapping long-term global surface water occurrence

December 2016 La Nina update: Weeble wobbles:  “La Niña’s clinging on by her fingernails! If last year’s big El Niño was likened by some (not us) to a certain monster lizard, this La Niña is more like a gecko. Weak La Niña conditions were present during November, and are favored to continue through the mid-winter. It’s looking more likely that the tropical Pacific will transition to neutral conditions by the January – March period.  The temperature of the ocean surface in the Niño3.4 region in the east-central tropical Pacific was about 0.9°C below average during November using the ERSSTv4 data set, and the September – November period was about 0.8°C below average. This is the third three-month period in a row below the La Niña threshold of -0.5°C—this has to last for at least five consecutive three-month periods in order to qualify as a La Niña event by this indicator. Forecasters think we’ll just barely make it. ... ”  Read more from the ENSO blog here:  December 2016 La Nina update: Weeble wobbles 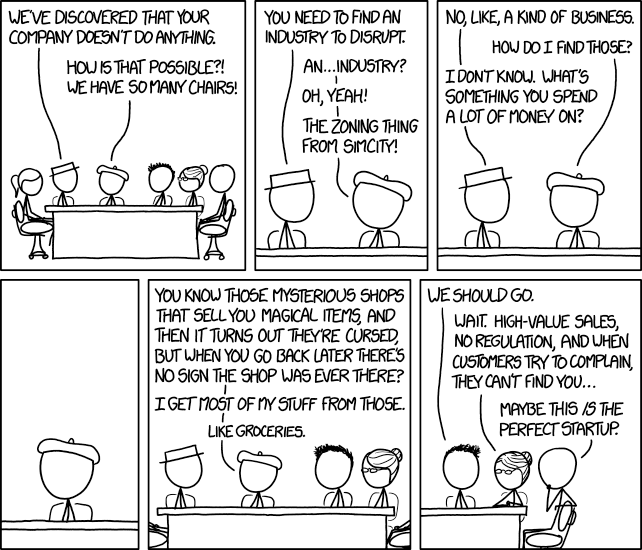