The Sustainable Groundwater Management Act (SGMA) directs the Department of Water Resources (DWR) to identify Best Management Practices (BMPs) for the sustainable management of groundwater basins. The DWR Sustainable Groundwater Management Program is hosting a series of required public meetings (listed below) to solicit input regarding the planned BMP topics, as well as other potential GSP guidance information. The meetings are an opportunity to discuss BMPs and GSP guidance information and to provide feedback to DWR. The draft BMPs will be posted on DWR’s website prior to the public meetings at the following link: http://water.ca.gov/groundwater/sgm/bmps.cfm

Comments can be submitted at the public meetings, or by emailing to SGMPS@water.ca.gov.

State and Local Elected Officials, Regional Water Managers, and Leaders from Agriculture, Labor and Business Join in Celebration of Significant Milestones in the Development of Sites Reservoir

From the office of Assemblymember James Gallagher:

Today, a diverse and bi-partisan group of state and local elected officials, regional water managers, agriculture, labor and business joined to mark the significant milestones achieved in the development of Sites Reservoir, and to acknowledge the momentum gaining for this important water storage project.

“Sites is an incredibly important project for the State of California that meets many of the public benefits required by the Water Bond” said Assemblyman James Gallagher (R –Yuba City). “Californians are frustrated that no new major water storage project has been built in decades, and the progress made by the Sites Project shows both momentum and viability for this project.”

Milestones being celebrated at the event include:

• AB 2551 was signed into law: a bi-partisan measure that gives flexibility in construction methods to help ensure the project gets done on time and on budget
• New agencies have joined Sites, with 34 agencies now participating, showing a high level of interest and demonstrating project viability
• The new Sites information portal launched: new website, logo and social media
• The Sites Project moved into a new office, located in Maxwell, CA
State and local officials applauded Governor Brown for signing Assembly Bill 2551, and noted that the new law is evidence that water storage is a priority for the state.

“Many of us worked hard to write and pass the Proposition 1 Water Bond. The people are promised the first significant surface water storage since the State Water Project was initiated with the building of the Oroville Dam and conveyance systems. Now we can take the next step to assure an ample and quality supply of water for the generations to come by building Sites Reservoir,” said Senator Nielsen, a co-author of AB 2551.

“California needs to better manage our water supply, and storage is a key to meeting our state’s environmental, agricultural, and domestic water needs,” said Assembly Member Bill Dodd. “This is an issue that’s critical to our region, and I’m grateful for the bipartisan work to carry out the will of the voters who overwhelmingly passed Proposition 1.”

Vann added that, “There is a lot of excitement brewing about Sites—with our new members, new office, and new website—we are ready to work as a community and move this project forward.”

Other event participants stressed both economic and environmental benefits of Sites, locally and statewide.

“Sites is a critical project for both the local and statewide economy,” said Robbie Hunter, President of State Building and Construction Trades Council of California. “A project of this magnitude will help stabilize water supplies and provide much needed economic development in the North State region while also creating thousands of jobs and apprenticeship opportunities for local young men and women.”

“The North State has embraced a new and different conversation about water that will more effectively serve the needs of the environment,” said David Guy, President of the Northern California Water Association. “Sites is one of only a handful of water storage projects that can truly deliver the public benefits of environmental flows and water quality.”

“Family Water Alliance, Inc. and their Sacramento Valley Fish Screen Program have worked to protect and save California fish species for over 20 years,” said Nadine Bailey with Family Water Alliance. “Our organization supports the Sites Project because it is a solution that will protect California family farms and our fishery resources.”

“Building Sites Reservoir is vital the Sacramento Valley,” said Tim Johnson, President & CEO of the California Rice Commission. “We need additional surface water storage to help all aspects of our region for future generations, including four annual salmon runs, habitat for millions of birds that depend on area rice fields, our small towns and family farms.”
Mary Wells, a Sites Project Authority board member, has a unique perspective on the Sites Project: not only is she a 5th generation rice grower, she is a landowner within the footprint of the proposed project. “The North State community of farmers and business owners and residents need the water that Sites can provide, but so does the State of California, and so does the environment. We have a once in a lifetime opportunity to make a difference, and I’m confident I can speak for a lot of people in saying that we are truly committed to seeing it through.”

Assemblyman James Gallagher represents the 3rd Assembly District, which encompasses all of Glenn, Sutter, Tehama and Yuba counties as well as portions of Butte and Colusa counties.  For more information on Assemblyman Gallagher, and to track legislation visit www.assembly.ca.gov/Gallagher 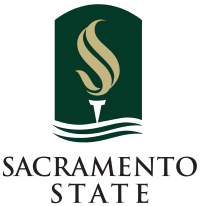 A Sacramento State project to map California’s groundwater resources, and to determine how they might be affected by the underground disposal of wastewater, has been awarded $660,000 by the U.S. Geological Survey (USGS). Led by Geology Professor David Shimabukuro, the project is the first launched under the auspices of the University’s Institute for Water, Energy, Sustainability, and Technology (iWEST).

Established last year, iWEST (csus.edu/iwest) focuses on advancing the sustainability of water, energy, and food systems by securing funding for and shepherding a collaboration of faculty, staff, and students involved in a series of research projects.

The first research project is being conducted by the Geology Department in the College of Natural Sciences and Mathematics in partnership with the State Water Resources Control Board and the USGS California Water Science Center located in Placer Hall.

From the Los Angeles Department of Water and Power:

Water use by LADWP customers remains down approximately 20 percent from 2014 levels, meeting the goal for 2017 as set forth in ED 5 and the LA’s Sustainable City pLAn ahead of schedule. LADWP water officials attribute much of the success to Angelenos’ continued actions to reduce outdoor watering and replace water-thirsty turf with drought tolerant landscapes. Approximately 50 percent of residential water use in Los Angeles is attributed to uses outdoors and LADWP’s turf replacement rebate program has resulted in 37 million square feet of turf being removed in the City of Los Angeles, saving 1.6 billion gallons of water each year.  That’s enough water to supply 15,000 LA households each year. LADWP currently provides participating customers a rebate of $1.75 per square foot to rip out turf and replace it with California friendly landscaping. The rebate level has been maintained by LADWP even after the Metropolitan Water District (MWD) eliminated its additional $2.00 per square foot rebate in 2015.

A study released today by UCLA’s Luskin Center for Innovation shows that $1.75 per square foot is a reasonable amount that pays off for both residential households who utilize the rebate and LADWP ratepayers.