University of the Pacific report: Just 23 cents in benefit for every dollar spent

From the University of the Pacific: 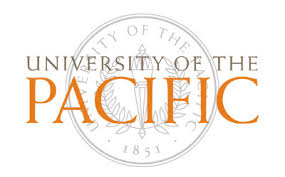 Like the Bay-Delta Conversation Plan before it, California WaterFix would cost more to build than it would deliver in return, according to new research by University of the Pacific’s Center for Business and Policy Research.

California WaterFix is the newest iteration of the California Department of Water Resources and U.S. Bureau of Reclamations’ effort to build twin 35-mile water conveyance tunnels under the Sacramento-San Joaquin River Delta.

The $16 billion WaterFix plan would deliver just 23 cents in benefits, such as increased water supply, for every dollar in costs. The most optimistic scenario increases the return to just 39 cents per dollar, according to the study.

“This is the first comprehensive benefit-cost analysis of WaterFix and it is clear that it costs four times more than its benefits. This project simply is not economically justified,” said economist Jeffrey Michael, a professor of policy at University of the Pacific and director of the Center for Business and Policy Research. The center produces independent, objective analyses of business, economic, and public policy issues in California.

Low water yield is the primary economic drawback of the project, according to the report, in that WaterFix would deliver too little additional water for the cost. The report concluded that WaterFix would be economically justified only if its construction and mitigation costs were below $2 billion.

In carrying out the study, the Center for Business and Policy Research used the project description and operating assumptions developed by the state for the WaterFix environmental analysis. The study also includes many additional assumptions that are favorable to the project. The study did not consider the possibility of cost overruns, risk of harm to endangered species, or financing costs of a bond debt that is expected to be used to pay for construction.

“We did not include a pessimistic scenario that deviates from the state’s environmental analysis,” said Michael. “That means the economic return to WaterFix could be even smaller than we estimate.”

Read the Benefit-Cost Analysis of the California WaterFix, August 2016, here.

The Center’s 2012 analysis of the BDCP tunnels can be downloaded here.

About University of the Pacific: Established in 1851 as the first chartered institution of higher education in California, University of the Pacific prepares students for professional and personal success through rigorous academics, small classes, and a supportive and engaging culture. Widely recognized as one of the most beautiful private university campuses in the West, the Stockton Campus offers more than 80 areas of study in nine schools across three campuses. The university’s distinctive Northern California footprint also includes its San Francisco Campus, home to the Arthur A. Dugoni School of Dentistry and new graduate programs in health, food and technology fields, and a Sacramento Campus, home to the Pacific McGeorge School of Law and new graduate programs in health, education, business, public policy and analytics. For more information, visit www.pacific.edu.

As it works to restore some of the rich tidal wetland habitat that once dominated the Sacramento-San Joaquin Delta landscape, the Department of Water Resources (DWR) today released the Prospect Island Tidal Habitat Restoration Project Draft Environmental Impact Report (DEIR) for a 45-day public review period.

Prospect Island is located in the north-western Sacramento-San Joaquin Delta, between Liberty Island and Ryer Island in Solano County and bounded by the Sacramento Deep Water Ship Channel on the west and Miner Slough on the east.  The proposed Project would restore tidal action to 1,528 acres on the island in order to benefit Delta smelt and other endangered fish species, as part of California EcoRestore, the State’s effort to advance restoration of at least 30,000 acres of Delta habitat over the next few years.

The proposed Project also is a key effort of the Fish Restoration Program – a partnership between DWR and the California Department of Fish and Wildlife to address the specific habitat restoration requirements of the 2008 U.S. Fish and Wildlife Service and 2009 National Marine Fisheries Service biological opinions for long-term coordinated operations of the State Water Project and the federal Central Valley Project.  The proposed Prospect Island project is aimed at partially fulfilling an obligation in the U.S. Fish and Wildlife Service biological opinion to restore 8,000 acres of tidal habitat to benefit Delta smelt.  In addition, because the proposed project would create habitat suitable for young salmon, it also is consistent with the National Marine Fisheries Service biological opinion.

A public comment meeting to provide an overview of the DEIR and the proposed Project will be held on September 27, 2016, from 7 p.m. to 9 p.m. at the Suisun City Nelson Community Center (Meeting Room A), 611 Village Drive, Suisun City, CA 94585.

The DEIR may be reviewed electronically at the following link: http://www.water.ca.gov/environmentalservices/frpa_prospect_restoration.cfm

Hard copies of the DEIR are available at the following locations during normal business hours:

Written comments and questions may be submitted at the public meeting in Suisun City or by e-mail to frpa@water.ca.gov , or in writing to: Dept. of Water Resources (Attn: Dan Riordan), P.O. Box 942836, Sacramento, CA 94236. To be considered, written comments must be received no later than 5:00 pm on Friday, October 7, 2016.

From the Nature Conservancy:

As cities grow and farms expand, many rivers and lakes are being dried up by water diversions. The Nature Conservancy is now working with environmentally-minded investors to buy back some water for nature. That story is told in a new report released today titled “Water Share: Using water markets and impact investing to drive sustainability.” The report explores the use of creative impact investing solutions to alleviate water scarcity, restore ecosystems, support farmers and drive sustainable water management, especially in areas where water trading exists and water use is dominated by irrigated agriculture.

Today, nearly half the world’s population is impacted by water shortages. More than 50 percent of the world’s cities and 75 percent of all irrigated farms experience water shortages on a regular basis. Water sources around the world are being over-exploited with over 30 percent near exhaustion. Traditional methods for securing additional water supplies, such as building more reservoirs or aqueducts, are often beyond affordable reach for people living in water-scarce regions.

Nature is the silent and often unseen victim of water scarcity. A recent report noted that since 1970, 76 percent of recorded freshwater species populations have declined with water depletion being a lead cause of their decline. Climate change is expected to place even more challenging conditions on nature in the future.

“We need to get smarter about how we use every drop of water,” said Brian Richter, Chief Scientist for the Water program at The Nature Conservancy. “We can no longer build our way out of water scarcity. The closer water consumption grows toward the limits of water availability, the more we put ourselves at risk. But new approaches in water management can shift us toward long-term sustainability.”