Sierra snowpack not likely to recover until 2019:  “Even with this winter’s strong El Niño, the Sierra Nevada snowpack will likely take until 2019 to return to pre-drought levels, according to a new analysis led by UCLA hydrology researchers.  Additionally, they suggest their new method, which provided unprecedented detail and precision, could be useful in characterizing water in the snowpack in other mountains, including ranges in western North America, the Andes or the Himalayas. These areas currently have much less on-site monitoring than in the Sierra Nevada.  The study was published online today in The American Geophysical Union journal Geophysical Research Letters. … ”  Read more from Science Daily here:  Sierra snowpack not likely to recover until 2019

Climate modeling 101: Explanations without equations:  “Climate scientists tell us it’s going to get hotter. How much it rains and where it rains is likely to shift. Sea level rise is apt to accelerate. Oceans are on their way to becoming more acidic and less oxygenated. Floods, droughts, storms, and other extreme weather events are projected to change in frequency or intensity.  But how do they know what they know?  For climate scientists, numerical models are the tools of the trade. But for the layperson — and even for scientists in other fields — climate models can seem mysterious. What does “numerical” even mean? Do climate models take other things besides the atmosphere into account?How do scientists know if a model is any good? * … ”  Read more from AtmosNews here:  Climate modeling 101: Explanations without equations

Deliquescent summit on ocean climate: “Walking in the door of the fourth Ocean Climate Summit this May and finding Amy Hutzel, long-time chair of the committee in charge of implementing a conservation plan for the San Francisco Estuary, I asked her what she was doing out of her watershed? “Dipping my toe in the Pacific, “ she said. “For a while now, we’ve been working to build partnerships inland and offshore. It’s all one estuary.”  The water may be hotter in the Delta and colder in the Pacific, but scientists continue to reveal strong relationships and exchanges between the watershed, the estuary, and the ocean, and now, more than ever, with the atmosphere above them. Lots of things flow downriver and out the Golden Gate, or slosh back and forth between the Gulf of the Farallones and San Francisco Bay: nutrients, fish food, sediment, parcels of deoxygenated water, plastics, contaminants, juvenile crabs and flatfish, to name a few hitchhikers. Now all these things loom larger for water and resource managers, as rising sea levels promise to thrust the ocean deeper than ever into the heart of California. … ”  Continue reading at Estuary News here:  Deliquescent summit on ocean climate

Fish of the people: Lahontan cutthroat trout at Summit Lake:  “Amid snowcapped peaks in a remote stretch of sagebrush-covered Nevada desert sits Summit Lake, a watery refuge for the stunning and threatened Lahontan Cutthroat Trout. Thought to be the largest growing inland trout in North America, Lahontan Cutthroat can reach 50 inches and 40 pounds, though stories from mining boom days describe fish reaching 60 pounds. Lahontan Cutthroat Trout have since disappeared from most of their native range in the Great Basin. While the fish have been re-introduced into Nevada’s Pyramid Lake with the help of hatchery stocking, only two lakes naturally support Lahontan Cutthroat Trout. One of these self-sustaining populations is in Summit Lake, which is managed by the Summit Lake Paiute Tribe. In FISHBIO’s newest video, William Cowan, the Natural Resource Department Director for the tribe, explains that Lahontan Cutthroat have great significance for his people. The native name of the Paiute people from the Summit Lake area translates to “trout eaters,” and fishing for trout is a special cultural practice. … ”  Read more from the FishBio blog here:  Fish of the people: Lahontan cutthroat trout at Summit Lake

Plastic debris and policy: Using current scientific understanding to invoke positive change:  “Captain Charles Moore introduced the world to the “Great Pacific Garbage Patch” in the mid-1990s. Since then, there has been increasing interest from scientists, the public and policy makers regarding plastic debris in the environment. A focus article in the July issue of the Society of Environmental Toxicology and Chemistry’s journal, Environmental Toxicology and Chemistry, outlines the current research, identifies research gaps on plastic debris and reviews some of the weight of evidence regarding contamination, fate and effects of the material.  The public’s interest in the issues and economic impacts of plastic debris has led to an increase in activity from both scientists and policy makers. ... ” Read more from Science Daily here:  Plastic debris and policy

Research aims to make water-cycle modeling data accessible:  “Improved publication strategy for authors who use hydrological modeling software will make model data easier for readers to understand and reuse, according to an international team of researchers.  A growing number of computational models, such as the Penn State Integrated Hydrologic Model (PIHM), show coupled surface and subsurface water flow and its role in the diversity of Earth system processes. These models conceptualize representations of the physical processes governing the movement of water on, above and below the Earth’s surface.  The problem with these models is that they are technically complex and involve many complicated coupled processes and so are not easily understandable by a potentially larger group of users in the geosciences and engineering fields. ... ” Read more from Science Daily here:  Research aims to make water-cycle modeling data accessible

Better soil data key for future food security:  “To project how much food can be produced in the future, researchers use agricultural models that estimate crop yield, or how much of a crop can be produced in a certain amount of space. These models take into account factors like climate and weather variability, irrigation, fertilizer, and soil type. A new study published in the journal Nature Communications shows that the type of soil used in such a model can often outweigh the effects of weather variability–such as year to year changes in rainfall and temperature.  The study is the first global assessment of the importance of soils in global crop models. In particular, it shows that for yield projections in regions that use little fertilizer or irrigation–often poorer regions with many small farms–crop yield variability related to soil type can be larger than yield variability due to weather. In places where farmers use a large amount of fertilizer, the impact of soil type was smaller. … ”  Read more from Science Daily here:  Better soil data key for future food security

Clean, green climate-change fighting machines:  “Innovations in trucking, dredging, cooling and heating captured awards in the 2016 edition of the western regional finals that Caltech conducts (as part of its FLoW program—see sidebar) for the U.S. Department of Energy’s annual green-energy business plan competition.  Fifty teams from 17 universities in nine states participated in the western contest this year. The first-place team will compete for $100,000 and serious bragging rights against finalists from the other seven regions for the DOE’s Cleantech University Prize June 21-23 in Washington, D.C. ... ”  Read more from NASA here:  Clean, green climate-change fighting machines 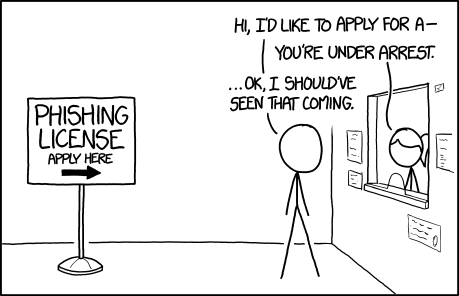