News Worth Noting: The Bay Institute files complaint over violation of water quality standards; Salton Sea workshops to be held across Southern California

From The Bay Institute: 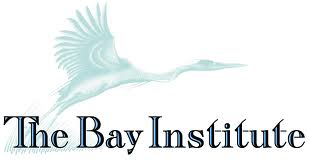 Last week, California’s State Water Resources Control Board rescinded state-wide mandatory conservation targets for municipal water use (no mandatory targets were in place for agriculture, which uses 80% of the state’s available water supply). So the drought’s over, and the spirit of shared sacrifice is discarded in favor of business as usual, where water users with senior rights or deep pockets win out over less resourced communities and the environment?

But in April, the Water Board relaxed compliance with minimally protective water quality standards intended to safeguard Chinook salmon and Delta water quality, in order to increase deliveries to irrigators in the San Joaquin Valley. The Board’s reason for weakening standards for the third year in a row was concern over drought impacts to water storage. So we are still in a drought, after all?

And since February, the Water Board has ignored hundreds of violations of water quality standards in the Delta and of temperature requirements on the Sacramento River. So the rules don’t matter?

Yesterday, the Bay Institute filed a complaint with the California Environmental Protection Agency over ongoing and widespread violations of water quality standards by the federal U.S. Bureau of Reclamation. As of last week, Reclamation had violated minimum requirements for freshwater inflow to the Delta from the San Joaquin River basin and for salinity in the southern Delta over two hundred times. These water quality standards are necessary to help juvenile Chinook salmon and steelhead migrate to the Bay and the Pacific Ocean and to maintain water quality in the southern Delta, where toxic algal blooms and high salinity levels have become increasingly common.

At Reclamation’s request, the Water Board relaxed the flow standards in April – even though more than 85% of the freshwater runoff from 2016’s winter and spring storms in the San Joaquin valley had already been captured behind dams or diverted for irrigation. Reclamation’s petition to the Board was specifically intended to ensure delivery of 100% of the water supplies claimed by senior water rights holders on the Stanislaus River, privileging this small subset of irrigators over urban residents and the environment.

As early as February, even before the Board approved the relaxation, Reclamation had already begun violating those standards. And, after receiving permission to release less water, Reclamation even failed to meet the much lower requirements that the Board did approve.

Reclamation is also violating a number of other important water quality protections, including water temperature limits designed to protect threatened steelhead trout on the Stanislaus River below New Melones Dam, and water temperature controls designed to prevent extinction of endangered winter-run Chinook salmon on the Sacramento River below Shasta Dam. The Water Board’s decision to relax the Sacramento River temperature requirements in 2014 and 2015, combined with Reclamation’s failure to maintain even the weakened standard, resulted in loss of more than 95% of emerging winter-run before they even began their migration downstream to the Bay and ocean.  Even though Shasta Reservoir storage is now above normal, Reclamation is continuing to violate temperature standards on the upper Sacramento River, jeopardizing the continued existence of winter-run salmon.

The Water Board has done nothing to address these water quality violations occurring upstream or in the Delta.  But last week, in the latest blow to the environment, the Board withdrew the mandatory reductions in municipal water use in place for a year that were widely regarded as a success in conserving enormous amounts of water and in educating Californians about the severity of the drought and the need to limit waste of precious water supplies.

“The State of California is following a double standard when it comes to maintaining a healthy environment versus catering to the demands of irrigators and cities,” said Bay Institute program director Gary Bobker. “The standard for fish, wildlife, and water quality is, ‘we’re in a severe drought, and we can’t spare an extra drop to protect a healthy environment’. The state has even turned a blind eye to violations of the most minimal environmental protections.  But for irrigators, and now cities, the standard is, ‘if you have a senior water right or local supplies, then you have nothing to worry about since sharing the public’s water is too difficult to manage and enforce.’ This double standard is paving the way for the extinction of several native fish species and the collapse of the Bay-Delta ecosystem.”

Government scientists, independent studies, and the Water Board itself have all concluded in recent years that the current water quality standards don’t provide enough freshwater flow to protect the ecosystems of San Francisco Bay-Delta estuary and its vast Central Valley watershed.  Monitoring results from this past fall, winter, and spring show that numerous endangered fish species that rely on freshwater flow are close to going extinct, and California’s commercial ocean salmon fishery is being dramatically curtailed. Yet the Board is years behind on – and years away from completing – the update of water quality standards required by state and federal law, and has instead waived environmental protections over and over again in the past three years.

Salton Sea workshops to be held across Southern California

From the California Natural Resources Agency:

The California Natural Resources Agency is conducting a series of workshops to provide information to the public and solicit public input on the state’s Salton Sea Management Program (SSMP). The first series will introduce the state process and the Phase I projects currently proposed as part of the SSMP. The public is invited to participate in these meetings.