Science news: Nature doesn’t hurt farmers; it helps; Lessons from an El Nino that didn’t go as planned; and more …

In science news this week: Nature doesn't hurt farmers; it helps; Lessons from an El Nino that didn't go as planned; Deltas are critical to food production, fisheries health, and storm protection; Human drought?, ‘Pristine' landscapes haven't existed for thousands of years due to human activity

Nature doesn't hurt farmers; it helps:  “A new paper in the Journal of Applied Ecology finds that two farm-based food safety practices – removal of non-crop vegetation in and around fields, and abandonment of composting – actually hurt farmers without making food safer.  “The practices are unnecessary,” said Danny Karp, lead author on the study. “Not only are they ineffective for their intended purpose, they damage growers by decreasing crop yields and pest control.” …  The impetus for food safety reform and the intense focus on how farm fields contribute to food safety began in earnest in 2006, after an E. coli outbreak killed three people and sickened hundreds in the United States. Though the source of the outbreak was eventually traced to organic bagged spinach harvested from a field on California’s Central Coast, no one could ever definitively say how the spinach had become infected in the first place. … ”  Read more from the Cool Green Science blog here:  Nature doesn’t hurt farmers; it helps

Lessons from an El Nino that didn't go as planned:  “While many people feel this winter was a bit of disappointment—a betrayal even, since we didn’t get a record-busting Godzilla like 1982-83 and 1997-98 — I’m not one of them. Remember back in your science classes when you learned that scientists are just as interested in being wrong as being right, or that a busted hypothesis was equally important as one substantiated? Well, we can learn a lot from this year’s quirky El Niño. Some forecasts were right on the money while others were consistently wrong, and now, as El Niño’s unpredictable twin sister La Niña strengthens, it’s worth asking what lessons there are to take from the 2015-2016 winter.  ... ”  Read more from Bay Nature here:  Lessons from an El Nino that didn’t go as planned

Deltas are critical to food production, fisheries health, and storm protection:  “Delta: A place where sediment carried downstream by a river enters the sea, forming a fan of sand or mud.  Although deltas make up just 1 percent of the world's land, they're home to more than half a billion people — and to fertile ecosystems such as mangroves and marshes.  Deltas also serve as economic hotspots, says hydrologist Efi Foufoula-Georgiou of the University of Minnesota. They support much of the world's fisheries, forest products and agriculture, and are food baskets for many nations.  “They're also ports of entry fostering growing cities and harbors,” Foufoula-Georgiou says. … ”  Read more from the National Science Foundation here:  Deltas critical to food production, fisheries health, and storm protection

Human Drought?  Anne van Loon writes, “Recently I published a commentary in Nature Geoscience with the title ‘Drought in the Anthropocene’. In that commentary, my co-authors and I argued that in the current human-dominated world, we cannot study and manage natural drought processes separately from human influences on the water system like water abstraction, dam building, land use change, water management, etc. To fully integrate human processes when studying drought we should change the definition of drought, test new methodologies and include social science. This sounds quite logical, but if you look at the history of drought science, it is not so obvious. In the natural sciences, drought research is a young field compared to research on floods. Floods are of course much more conspicuous, but drought causes more loss of life and economic damage worldwide. Because drought research is such a young field, the basic processes needed to be studied first before complex systems (including humans) could be understood. Additionally, much of the drought research in the last decades has focused on questions related to the effects of climate change, which needed natural case study regions, uninfluenced by people, for an undisturbed climate change signal. ... ”  Continue reading from Water Underground here:  Human Drought?

‘Pristine' landscapes haven't existed for thousands of years due to human activity:  “‘Pristine' landscapes simply do not exist anywhere in the world today and, in most cases, have not existed for at least several thousand years, says a new study in the journal, Proceedings of the National Academy of Sciences (PNAS). An exhaustive review of archaeological data from the last 30 years provides details of how the world's landscapes have been shaped by repeated human activity over many thousands of years. It reveals a pattern of significant, long-term, human influence on the distribution of species across all of the earth's major occupied continents and islands.  The paper by lead author Dr Nicole Boivin from the University of Oxford and Max Planck Institute for the Science of Human History, with researchers from the UK, US, and Australia, suggests that archaeological evidence has been missing from current debates about conservation priorities. … ”  Read more from Science Daily here:  ‘Pristine’ landscapes haven’t existed for thousands of years due to human activity 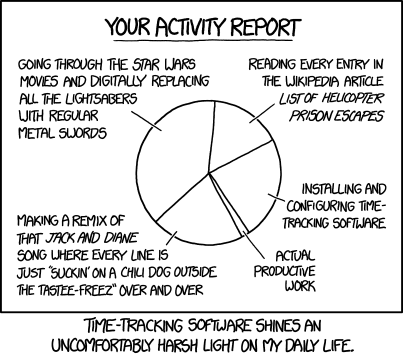