Eggman’s “No Vote, No Tunnels” bill stalls in committee

From the office of Assemblymember Susan Talamantes Eggman 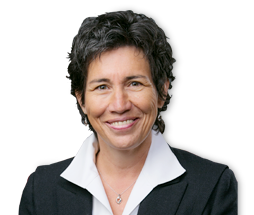 A bill by Assemblymember Susan Talamantes Eggman, D-Stockton, to force a public vote on a controversial plan to divert water from the Delta through two massive underground tunnels stalled in committee on Friday.

The progress of the bill, AB 1713, through the legislative process and all the way to the Appropriations Committee, just one step from a vote on the Assembly floor, was unprecedented. Similar bills introduced in the past have failed to advance from even a single committee.

“That the bill was able to go so far shows how much the currents have shifted against this disastrous, bloated multibillion dollar project,” Eggman said. “And its failure in this committee shows how much those who back the Twin Tunnels fear an open, democratic process. The more people know about this project, the more they oppose it, and every day that we kept this going was another blow against the tunnels.”

Eggman’s fight against the Twin Tunnels continues on another front. She and State Senator Lois Wolk, recently announced their intention to request an audit of the project by the California State Auditor, following the revelation that the Inspector General of the U.S. Dept. of the Interior had opened an investigation into aspects of the funding of the Twin Tunnels.

Thanks to its effective management of a state program that provides funding to critical drinking water infrastructure projects, the State Water Resources Control Board (State Water Board) has completed a Corrective Action Plan (CAP) imposed by the U.S. Environmental Protection Agency (EPA) in 2013, putting the program back in compliance with the Safe Drinking Water Act.

“Several factors, such as drinking water project prioritization, consolidating the staff assignments to focus them on implementing the Drinking Water State Revolving Fund, and updated methods of cash-flow monitoring has allowed the State Water Board to get more funds out the door to do the good they were intended for – supplying safe and reliable drinking water to the residents of California,” said Darrin Polhemus, deputy director for the State Water Board’s Division of Financial Assistance. “Since putting in place measures to better expedite funding, we are hitting our goals for this fiscal year and the next as we get money to shovel-ready projects.”

On April 19, 2013, the EPA issued a Notice of Non-Compliance to the California Department of Public Health, then home of the drinking water program and the Drinking Water State Revolving Fund (DWSRF), for failing to meet certain requirements of the Safe Drinking Water Act. At the top of the list was $455 million in unspent federal capitalization grant funds, the “largest unliquidated obligation of any state in the nation.”

In accordance with the non-compliance notice, the Department of Public Health developed the Corrective Action Plan and initiated and accomplished approximately half of the action items laid out in the CAP.

On July 1, 2014, the drinking water program — now the Division of Drinking Water — and the DWSRF moved to the State Water Board. Since the fund’s arrival, the Division of Financial Assistance has focused on the task of meeting and completing the action items of the CAP, which it did so earlier this month. Of the many accomplishments, arguably the largest was helping reduce the unliquidated obligations balance from $455 million in October 2012, to less than $102 million as of May 10, 2016.

Along with reducing the unspent funds, the Division of Financial Assistance has upgraded its financial management practices and is now set up to consistently meet EPA’s unliquidated obligation reduction strategy.

Over the last four years California has more than doubled the amount of money disbursed through the DWSRF, issuing funding in the amount of $738 million, compared to $366 million the previous four years. Due to this two-fold increase, the EPA Water Division Director Tomás Torres noted in his CAP closure letter that California “demonstrates that it has adequately addressed the obstacles and inefficiencies in its disbursement process.”

“The state of California has made great progress in accelerating projects that deliver safe and reliable drinking water to communities,” said Alexis Strauss, the EPA Acting Regional Administrator for the Pacific Southwest. “EPA appreciates the work of the State Water Resources Control Board to streamline the delivery of critical federal and state funding for drinking water infrastructure in California.”

Weekly Water and Climate Update: A wet week in the Northwest, drier than normal for the Southwest