Science news and reports: Digging deeper on fish and flows; plus toxic algae and Dungeness crabs, stream restoration, a new study on adaptive management, and more …

Digging deeper on fish and flows:  “Everyone knows that fish need water – but just how much water is often a subject of debate, especially when it comes to fish in California’s highly managed rivers. Many studies and management decisions in the Sacramento-San Joaquin Delta and its tributaries have relied on research that found correlations between water flows and fish populations. Correlation implies a relationship between two things (e.g., when water flows in rivers are high, fish populations tend to increase). However, “correlation does not equal causation,” as the scientific saying goes: just because two factors show similar trends does not necessarily mean that one is directly causing the other. A recent report released by the Delta Independent Science Board (ISB) highlighted the need to better understand the underlying mechanisms behind the relationship between fish and flow, which can inform adaptive management of fish and water in the Delta. … ”  Read more from the FishBio blog here:  Digging deeper on fish and flows

Finally, a one-stop shop for locating California’s native fishes:  ““Where?”  The question is foundational to conservation biology and policy. To take a conservation action, you need to know where to act. And, yet, for decades stewards and researchers of aquatic fauna have been sorely lacking in tools to systematically collect, store and map data on where California’s freshwater fishes are located.  A reliable and comprehensive compilation of standardized species data is especially important for tracking California’s 133 native fishes because 100 of them are officially designated as being in trouble – “endangered” or “threatened” with extinction or otherwise of “special concern.”  This need led the UC Davis Center for Watershed Sciences to develop “PISCES,” an open-source suite of data and software providing the most comprehensive and accurate information on current and historic ranges of California’s fishes. ... ”  Read more from the California Water Blog here:  Finally a one-stop shop for locating California’s native fishes

The secret life of a raindrop:  “According to a widely held belief, you can’t squeeze water from a rock. But researchers from UC Berkeley who are trying to better understand where water is stored in nature are challenging that old adage.  After nearly ten years of studying a steep, 20-square-mile area near the South Fork Eel River in coastal Mendocino County, the scientists have shown that for trees and other plants, deep and highly fractured rock formations beneath the Earth’s surface are a much larger water reservoir than was previously known. ... ”  Read more from KQED here:  The secret life of a raindrop

By-the-wind sailors:  “Earlier this summer, some California beaches were carpeted in red, thanks to masses of pelagic red crabs, while others were blanketed in blue. The West Coast was hit by waves of marine animals known as by-the-wind sailors (Velella velella). One of our biologists visited Fort Bragg, California, and found a beach awash with the jellylike creatures shown above. While by-the-wind sailors are not true “jellyfish” (Class Scyphozoa), they are close relatives known as hydrozoans (Class Hydrozoa).  … ”  Read more from the FishBio blog here:  By the wind sailors

Las Vegas holds key to abrupt climate change:  “According to new U.S. Geological Survey research published today in the Proceedings of the National Academy of Sciences USA, springs and marshes in the desert outside Las Vegas expanded and contracted dramatically in response to past episodes of abrupt climate change, even disappearing altogether for centuries at a time when conditions became too warm. This new record, gleaned from dirt and rocks exposed in the desert just outside the city limits, provides an unprecedented look into how climate change can affect fragile desert ecosystems in the American Southwest. Kathleen Springer, a geologist with the USGS and former Senior Curator at the San Bernardino County Museum, was the principal investigator and lead scientist for this study showing that desert wetlands are extremely sensitive to climate change.  “This is a story of water,” said Springer. “Water was plentiful in the desert at times in the past, but when climate warmed, springs and wetlands dried up, and the plants and animals living in the harsh desert environment were out of luck.”  … ”  Read more from the USGS here:  Las Vegas holds key to abrupt climate change

The highs and lows of climate:  “Many factors contribute to the climatology of a given location, including how close to the equator you are, proximity to the ocean, and elevation. But when it comes to what causes climate to vary over seemingly short distances, few things can compare to the influence of topography.  Take my city, for example. I live in Asheville, in western North Carolina, a small city in the heart of the Southern Appalachians. I can drive ten minutes and be in one of the driest locations east of the Mississippi, or drive an hour and be in one of the wettest. That the temperature and precipitation patterns that we experience here can be so different from somewhere just a few miles away is due not just to elevation changes, but also the orientation of nearby mountains. … ”  Read more from Climate.gov here:  The highs and lows of climate

Declining snowpacks may cut many nations’ water:  “Gradual melting of winter snow helps feed water to farms, cities and ecosystems across much of the world, but this resource may soon be critically imperiled. In a new study, scientists have identified snow-dependent drainage basins across the northern hemisphere currently serving 2 billion people that run the risk of declining supplies in the coming century. The basins take in large parts of the American West, southern Europe, the Mideast and central Asia. They range from productive U.S. farm land to war-torn regions already in the grip of long-term water shortages. … ”  Read more from Science Daily here:  Declining snowpacks may cut many nations’ water 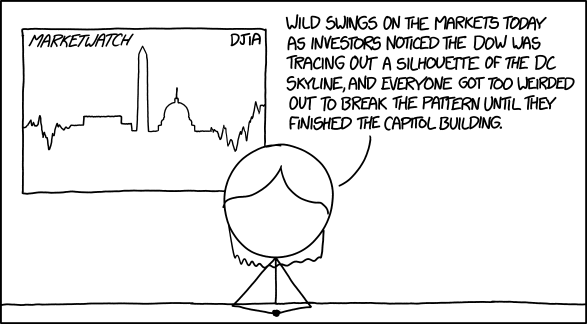 Photo credit: By BASF: The spherical spores produced by the fungus Emericella nidulans are coated in a thin layer of the protein hydrophobin. Hydrophobin ensures that water rolls off the spores. Other fungi, such as mushrooms, also have a layer of hydrophobin on their caps. BASF researchers have succeeded in transferring the gene responsible for hydrophobin production to Escherichia coli bacteria.  Original here.