Swainson’s Hawk; photo by Department of Fish and Wildlife

New concept to help set priorities in water management:  “The basic principle behind most strategies aimed at renaturalising ecosystems is to increase biodiversity by restoring natural habitat structure, which should lead to improved ecosystem services in the process. These projects often do not result in the success researchers had hoped for because the complexity of ecological relationships is so vast that it is difficult to detect the precise ecological factors that have priority over the many others in a particular case. Researchers working at the University of Montana and the Helmholtz Centre for Environmental Research (UFZ) have now developed a theoretical framework – the concept of ecological simplification – aimed at closing this gap. They tested it in two iconic river landscapes: the Missouri River in the U.S. state of Montana and in the Elbe River in Saxony-Anhalt. The results were recently published in the BioScience journal.  … ”  Read more from PhysOrg here:  New concept to help set priorities in water management

Oil rigs: Critical fish habitat or environmental liability?  “Picturing the ocean’s edge often brings to mind a broad, untouched skyline, broken only by birds and clouds. But in places like the southern California coast and the Gulf of Mexico, that flat horizon is transformed into a skyline dotted with towering man-made structures and lights glowing at night. These are offshore oil rigs (or platforms), and their role in the marine environment is highly debated. Despite their economic value, oil platforms can be an unpleasant sight, and have also been responsible for some of the worst environmental disasters in American history, including the Deepwater Horizon oil spill in the Gulf of Mexico in 2010, and more recently the Santa Barbara oil spill off the California coast in 2015. However, studies suggest these structures may provide shelter and prey resources for a variety of marine species, making them a valuable marine habitat. ... ”  Read more from the Fish Bio blog here:  Oil rigs: Critical fish habitat or environmental liability?

Lessons learned from a legend: Luna Leopold’s view of the river:  “No time seems more fitting than now – with the epic drought in California and major flooding from a nor’easter and Hurricane Joaquin – to pay tribute to Luna B. Leopold, the first chief hydrologist at the USGS. More so than any other scientist, he set the course for the USGS approach to understanding river flows, groundwater and surface water interactions and the value of long-term data collection. Today, the USGS is the world’s largest provider of hydrologic information with a mission to collect and disseminate reliable, impartial, and timely information that is needed to understand the Nation’s water resources.  Born on Oct. 8, 1915 in Albuquerque, Luna Leopold lived a rich life. From his renowned father, the biologist and author Aldo Leopold, he inherited a passion for outdoor life, a respect of craftsmanship, a highly disciplined curiosity, and an appreciation of the complex interactions of human society and natural systems. … ” Read more from the USGS here:  Lessons learned from a legend: Luna Leopold’s view of the river

Yosemite science:  “As Yosemite National Park celebrates its 125th anniversary, and the National Park Service celebrates its centennial, the U.S. Geological Survey looks back on the integral role its science has played in the long-term health, management, and understanding of the park and its natural resources.  John Muir reported on the existing glaciers of Yosemite as early as 1871, and by 1883, USGS geologists Israel C. Russell, Grove Karl Gilbert, and topographer Willard D. Johnson were formally mapping the glaciers on the highest peaks in Yosemite National Park. … ”  Read more from the USGS here:  Yosemite science

Earth Science Week 2015: NCAR visualizes Earth, air, fire & water: “We’re excited it’s Earth Science Week, and even more excited about this year’s theme—visualizing Earth systems—because it happens to be one of the things NCAR does best. NCAR visualizations cover the spectrum, from Earth to air to fire to water.  Scientists across NCAR and at collaborating universities create visualizations to help make sense of their research, often with the help of the Computational and Information Systems Lab. CISL houses the VisLab (the Scientific Visualization Services Group), VAPOR (the Visualization and Analysis Platform for Ocean, Atmosphere and Solar Researchers group); and NCL (the NCAR Command Language group). These teams of software engineers and other professionals are resources for scientists who want to make their research come alive. ... ”  More from NCAR here: Earth Science Week 2015: NCAR visualizes Earth, air, fire & water

Tracking the causes and consequences of land use changes:  “Land change happens in the course of human civilization. Since prehistoric times, people have indelibly changed the land to advance human goals — by clearing fields and forests, damming rivers, filling in swamps, and building cities. Over time, the surface of the earth has been transformed into a patchwork mosaic of natural and cultural landscapes across the globe. Land change is tightly intertwined with multiple issues of past, present, and future land-use practices, weather patterns, soil and carbon dynamics, and climate change.  The National Research Council of the National Academy of Sciences has identified the understanding of land-use dynamics as a critical component for assessments of ecosystem health and diversity, economic development and policy, technology issues, human population size and distribution, and overall human health. ... ”  Read more from the USGS here:  Tracking the causes and consequences of land use changes

October 2015 El Nino update: Pumpkin spice:  “As we approach peak pumpkin spice latte season, we’re also closing in on the peak of the 2015-2016 El Niño, expected by forecasters to occur in the late fall or early winter.  This El Niño continues to rank among the strongest in our records, which start in 1950. The July-September 3-month average sea surface temperature (the ONI) was 1.5°C above normal, third in line behind July-September 1987 (1.6°C) and 1997 (1.7°C). The atmospheric response to the warmer-than-average sea surface temperatures is keeping pace, too: the Equatorial Southern Oscillation Index (EQSOI) is -2.2. This is second to 1997’s -2.6, and well ahead of the next two El Niños on the list (1972 and 1982, tied at -1.4). … ”  Read more from Climate.gov here:  October 2015 El Nino update: Pumpkin spice 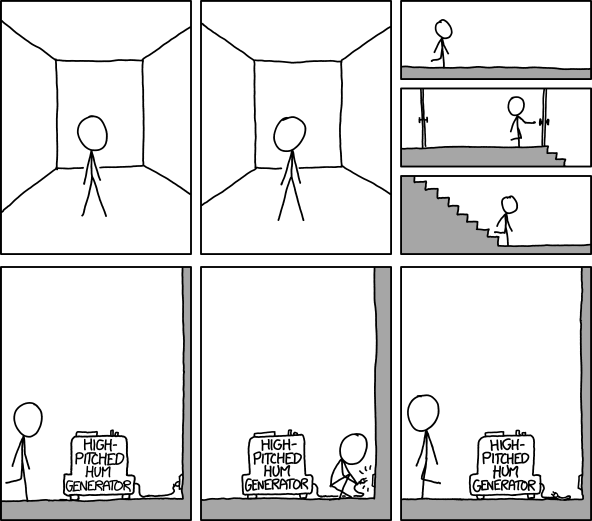