The problem of predation:  “Once set free in a new environment, non-native piscivores, or animals that eat fish, can wreak havoc on native fish populations. In the Colorado River Basin, such non-native piscivores are driving the Utah Division of Wildlife Resources to step up their existing predator removal program on the Green River. Recently introduced fishing laws now require anglers to kill any burbot, northern pike, smallmouth bass, or walleye caught on the Green River or any of its tributaries from Flaming Gorge Dam to the Colorado River. This push to exterminate predatory fish exists because native fishes can be extremely vulnerable to these invaders, as they often lack defenses against foreign piscivores. In fact, over the past century, more than 40 North American fish species have gone extinct, with introduced species contributing to nearly two thirds of these losses (Miller et al. 1989). … ” More from the FishBio blog here:  The problem of predation

Call for nominations for the Jean Auer Environmental Award:  “The San Francisco Estuary Partnership is seeking nominations of individuals for the Jean Auer Environmental Award.  The award is given in memory of Jean Auer, a beloved Bay Area environmentalist whose groundbreaking efforts were  directed particularly at improving water management in California. The award will be presented at the twelfth biennial State of the Estuary Conference, September 17-18, 2015, at the Downtown Oakland Marriott Hotel.”  More information here:  2015 Auer Call for Nominations flyer

Call for nominations for outstanding environmental project awards:  “Friends of the San Francisco Estuary is seeking nominations of outstanding environmental projects that benefit the San Francisco Bay-Delta Estuary and its watersheds. Awards will be presented to 4-6 exceptional projects at the twelfth biennial State of the Estuary Conference, September 17-18, 2015, at the Downtown Oakland Marriott Hotel.”  More information here: 2015 Friends Call for Nominations flyer

Preserving Solano's Cullinan Ranch:  “Early this year, saltwater came gushing through a levee that had kept a vast pasture at the north edge of San Pablo Bay dry for more than a century. The breach was no accident.  Cullinan Ranch, a large piece of federal property at the southwestern corner of Solano County, was used for hay farming and rangeland beginning in the 1880s, when the wetland was dyked and drained — a fate that has befallen most of the marshes surrounding San Francisco Bay. But a group of local citizens began lobbying in the 1980s for a restoration project that would protect the land from development and also restore the land to its historic state as a vast tidal zone. … ”  Read more from Comstock's Magazine here:  Preserving Solano’s Cullinan Ranch

NASA ‘eyes' study Louisiana's changing wetlands:  “NASA recently completed an intensive study of Louisiana Gulf Coast levees and wetlands, making measurements with three advanced imaging instruments on two research aircraft.  NASA instruments fly over the Gulf Coast one to three times per year to keep consistent records of ground subsidence—the gradual sinking of an area of land—which can compromise the integrity of roads, buildings and levee systems. Scientists also closely monitor vegetation changes in the coastal wetlands to better understand how to preserve them.  The marshlands not only are home to a delicate ecosystem, but also serve as a natural barrier between land and sea. During storms and hurricanes, the wetlands slow the influx of water into more heavily populated areas. As these wetlands become overly saturated by rising sea levels and the vegetation within them dies, the protection provided by these areas is reduced, jeopardizing the local communities and economy. … ”  Continue reading from NASA here:  NASA ‘eyes’ study Louisiana’s wetlands

Bringing nature into the engineer's toolbox:  “Mention engineering to a typical conservationist, and thoughts turn to concrete. And lots of it.  Certain images come to mind: Big dams. Levees that strait-jacket rivers. Hardened coastlines.  Even when these projects help communities, there are often consequences for natural systems. The dams interrupt fish runs. Seawalls hold back sediment that starve beaches of sand.  This, of course, has not gone unnoticed by the conservation community.  But perhaps these thoughts are a bit unfair. We enjoy the benefits of dams and infrastructure projects, after all. And engineers have often developed solutions that have improved resource management. Think fish ladders.  Now, many engineers are going beyond that. … ”    Read more from the Cool Green Science blog here:  Bringing nature into the engineer’s toolbox

Study: A third of groundwater basins in distress:  “About one third of Earth's largest groundwater basins are being rapidly depleted by human consumption, despite having little accurate data about how much water remains in them, according to two new studies led by the University of California, Irvine (UCI), using data from NASA's Gravity Recovery and Climate Experiment (GRACE) satellites.  This means that significant segments of Earth’s population are consuming groundwater quickly without knowing when it might run out, the researchers conclude. The findings are published today in Water Resources Research.  “Available physical and chemical measurements are simply insufficient,” said UCI professor and principal investigator Jay Famiglietti, who is also the senior water scientist at NASA's Jet Propulsion Laboratory in Pasadena, California. “Given how quickly we are consuming the world’s groundwater reserves, we need a coordinated global effort to determine how much is left.” ... ”  Read more from NASA here:  Study: A third of groundwater basins in distress

How atmospheric rivers form:  “If you want to assign blame on an overcast day, then cast your eyes on the tropics. Water vapor originating from the Earth's tropics is transported to midlatitudes on long filaments of flowing air that intermittently travel across the world's oceans. When these airy tendrils make landfall, they can cause severe floods and other extreme weather events. Yet despite the importance of these “atmospheric rivers” for the global water and heat cycles, the mechanism behind their formation is still a mystery.  But a new study, published this week in the journal Chaos, from AIP Publishing, suggests that unusually persistent spatial structures that self-assemble high up in the atmosphere serve as “tracer patterns” around which atmospheric rivers grow. ... ”  Read more from Science Daily here:  How atmospheric rivers form

June El Niño update: Damn the torpedoes, full speed ahead: “El Niño continues to pick up steam. NOAA CPC/IRI forecasters are now very confident that the event will continue through the fall (over 90% chance) and into the winter (~85% chance). Now that we’re emerging from the spring barrier, this month’s update provides a first guess of the potential strength of El Niño. It’s harder to predict the strength of the event than it is to predict its duration, so we are less confident about that, but forecasters currently favor a “strong” event for the fall/early winter. By “strong” we mean it’s expected that the three-month average sea surface temperature in the Niño3.4 region will peak at more than 1.5°C (2.7°F) above normal. ... ”  Read more from the ENSO blog here:  June El Niño update: Damn the torpedoes, full speed ahead 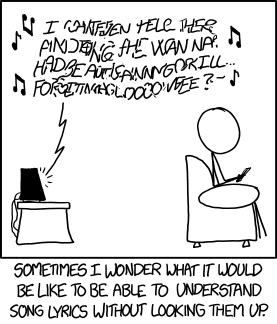