Fish declines linked to effects of excess nutrients on coastal estuaries:  “A comprehensive study of a major California estuary has documented the links between nutrient runoff from coastal land use, the health of the estuary as a nursery for young fish, and the abundance of fish in an offshore commercial fishery. The study, published the week of June 8, 2015, in Proceedings of the National Academy of Sciences, focused on Elkhorn Slough and Monterey Bay on California’s central coast.  Lead author Brent Hughes, now a postdoctoral research fellow at the University of California, Santa Cruz, began studying water quality in Elkhorn Slough as a UCSC graduate student. His earlier research showed that virtually every portion of the estuary is adversely affected by high nutrient levels, which stimulate the growth of algae, leading to low oxygen levels when the algae die and decompose. The new study, based on data collected over the past 40 years, shows how low levels of dissolved oxygen (a condition known as “hypoxia”) affects fish populations in the estuary and beyond. ... ”  Read more from Science Daily here:  Fish declines linked to effects of excess nutrients on coastal estuaries

No scapefish in drought wars:  “According to the Biblical book of Leviticus, the ancient Israelites designated a goat to bear the weight of their sins. Nowadays, the scapegoat is not required to be a goat. When it comes to assessing blame for the worsening California drought, a scapefish will suffice. Some media outlets, notably the Wall Street Journal in a recent op-ed piece, point to the hapless Delta smelt as a culprit in the state’s water crisis, as well as a prime example of the iniquities of the federal Endangered Species Act.  As is so often the case, though, it’s not that simple. Day-by-day analysis of water exports from the Delta by Jon Rosenfield and Greg Reis of The Bay Institute shows that smelt protection has had very little to do with water export restrictions during the drought. … ”  Continue reading from Estuary News here:  No scapefish in drought wars

Report offers updated Delta smelt findings:  “It may take a village to raise a child, but it takes a whole year to make a mature Delta smelt. That’s one of the key findings in an updated conceptual model and recent report of Delta smelt biology by the Interagency Ecological Program’s Management, Analysis, and Synthesis Team (MAST).  The MAST group is comprised of more than a dozen members from federal and State agencies and boards, including former IEP Lead Scientist and Delta Stewardship Council (Council) scientist Anke Mueller-Solger.  The report, “An updated conceptual model of Delta smelt biology: our evolving understanding of an estuarine fish,” was presented to the Council by MAST members Ted Sommer from the Department of Water Resources and Larry Brown from the U.S. Geological Survey on behalf of the Interagency Ecological Program (IEP) earlier this year. … ”  More from the Delta Stewardship Council newsletter here:  Report offers updated Delta smelt findings

Shifting waters: California ocean grows warmer, less bountiful: “On World Oceans Day today (June 8), we’re reflecting on the news that the California Current Ecosystem is changing. In this important marine environment off the West Coast, wind and water combine to fuel the production of rich wildlife diversity and bountiful fisheries (see Wind-powered). However, the National Oceanographic and Atmospheric Administration (NOAA) recently issued a rather grim diagnosis in their 2015 State of the California Current Report. The report concludes that the climate on the West Coast is becoming warmer, which is leading to less productivity of nutrients and phytoplankton in the Pacific Ocean. This decreased productivity will have major impacts on the base of marine food web, which will be felt all the way to the marketplace, and affect everything from sea lions to salmon. … ”  Read more from the FishBio blog here: Shifting waters: California ocean grows warmer, less bountiful

Salt marsh secrets: Who uncovered them and how?  “This e-book records favorite stories about salt marsh secrets that my collaborators and I uncovered while studying southern California coastal wetlands, from the 1970s to date. In 1986, we became the Pacific Estuarine Research Lab.  Please download the files as they appear online and enjoy learning what we learned…and more. You’ll meet many “detectives,” and you’ll be able to appreciate how they learned so much–undeterred by mud and flood.” Segments include seasonal changes, salt marsh weeds, sedimentation, restoration and more.  Check it out here:  Salt marsh secrets: Who uncovered them and how?

There’s a better way for California to water its farms:  “California’s Central Valley farmers have a problem. Agriculture accounts for about 80 percent of the state’s water consumption, and in the midst of a historic drought, it is the largest potential source of water savings. Farmers want to be good stewards of the land by helping save water—it is, after all, what sustains them. But there’s a limit to what they can eke out of the soil with the water governor Jerry Brown has given them to work with.  Or maybe there isn’t. New irrigation techniques have made it possible to increase yields with less water than farmers once thought they needed. It’s even possible to farm essentially without water—growing produce by using the water and fertilizing nutrients already in the soil. ... ”  More from WIRED Science here:  There’s a better way for California to water its farms

Filling up on empty: Can depleted aquifers be used as water banks?  ““We are sucking our aquifers dry,” the headline reads. Could this be a good thing?  The bad effects of declining groundwater levels are known: land subsidence, the cost of pumping from deeper wells, the drying up of surface springs and streams. But there is a potential gain as well. Using up one resource, the water stored under the ground, we are creating another: storage space far greater than any conceivable new dam could provide. “Historical overdraft,” writes engineer Jay Lund, “may be an effective means of underground reservoir construction.” If so, we have been building like mad. … ”  Read more from Estuary News here:  Filling up on empty

Finding missing link between vegetation and carbon sequestration:  “Although it’s been about two years since she started as a Delta Science Fellow, Dr. Iryna Dronova is still heavily involved in researching the vegetative cover of various wetland areas of the Delta as a way to help other researchers build models that will ultimately assist them in estimating the carbon sequestration potential across entire wetland landscapes.  “This kind of work has only been done sporadically in wetlands, so we spent a lot of time in the first year just learning which techniques worked better,” Dronova said. “Now I’m more confident on how to approach the field measurements and linking them to the NASA Landsat satellite imaging archives.” … ”  Read more from the Delta Stewardship Council newsletter here:  Finding missing link between vegetation and carbon sequestration

Predicting tree mortality:  “A combination of drought, heat and insects is responsible for the death of more than 12 million trees in California, according to a new study from UC Santa Barbara’s National Center for Ecological Analysis and Synthesis (NCEAS). Members of the NCEAS working group studying environmental factors contributing to tree mortality expect this number to increase with climate change.  The study is the first of its kind to examine the wide spectrum of interactions between drought and insects. Lead author William Anderegg, a postdoctoral researcher at the Princeton Environmental Institute, and his co-authors first devised a framework to look at the effects that each stressor can have on tree mortality and then examined interactions among them. The researchers’ findings appear in New Phytologist. ... ”  Read more from Science Daily here:  Predicting tree mortality

Meltdown and mingling:  “Atlantic and Pacific Ocean fish species kept apart by a frigid Arctic may soon be able to mingle as the planet heats up. So predicts an international team of scientists that reported this new symptom of a changing Arctic in the journal Nature Climate Change. The scientists showed that warming waters are causing the breakdown of natural limitations, such as temperature barriers, that close the Arctic’s North West and North East passages, allowing fish species from the North Atlantic and North Pacific to mix. This is the first time such an interchange of species has been possible since the closing of the Bering Straight, about 3 million years ago. ... ”  Read more from the FishBio blog here:  Meltdown and mingling

NASA releases global climate change projections:  “NASA has released data showing how temperature and rainfall patterns worldwide may change through the year 2100 because of growing concentrations of greenhouse gases in Earth’s atmosphere.  The dataset, which is available to the public, shows projected changes worldwide on a regional level in response to different scenarios of increasing carbon dioxide simulated by 21 climate models. The high-resolution data, which can be viewed on a daily timescale at the scale of individual cities and towns, will help scientists and planners conduct climate risk assessments to better understand local and global effects of hazards, such as severe drought, floods, heat waves and losses in agriculture productivity. … ”  Read more from NASA here:  NASA releases global climate change projections 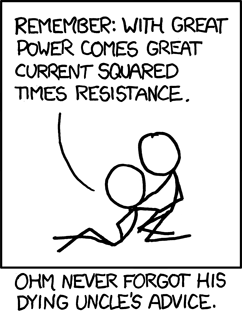