Stanford geophysicist maps saltwater threat to California aquifers: “Freshwater is at a premium in much of California, especially along the agriculturally productive Monterey and Santa Cruz coasts. Many of the region’s communities rely on groundwater to meet the freshwater needs of their residents and farmers, and the state’s current unprecedented drought is only increasing that demand.  But pumping freshwater out of the ground changes the fluid pressure of underground aquifers, and if an aquifer is located near the coast, the result can be an influx of saltwater. Over the course of decades, saltwater intrusion can dramatically change the salinity of an aquifer, rendering it unusable. ... ”  Read more from Stanford News here: Stanford geophysicist maps saltwater threat to California aquifers

The Scott River: A balance of beaver and salmon:  “The Scott River, a tributary of the Klamath River, was originally named “Beaver River” by the Hudson Bay Company trappers who first entered the Scott Valley in the 1830’s beavers were so abundant that one trapper claimed that “Beaver Valley” was “the richest place for beaver he had ever seen. Salmon were also abundant, with large runs of Chinook and coho as well as steelhead trout, lamprey and fresh water mussels. These fish wove their way through and around the maze of beaver dams, their overflows and spills, to spawn in the “Beaver River.” … ”  Read more from the Yreka Fish and Wildlife Office here:  The Scott River: A balance of beaver and salmon

Dam Removal in Tehama County Helps Landowner and Fish: “The U.S. Fish and Wildlife Service (Service) is one of the only government agencies whose mission statement includes “working with others.” The Service recognizes that saving the nation’s wildlife and their habitat requires close partnerships with other agencies and private landowners. One recent partnership with California Department of Fish and Wildlife (CDFW) and a private landowner near Red Bluff, Calif., helped open an additional five miles of spawning habitat for steelhead by removing a small hydropower dam.  In the 1930s, Harold Hammer’s grandfather built a dam across the South Fork Cottonwood Creek, a 45-mile long tributary to mainstem Cottonwood Creek that is a major tributary of the Sacramento River, to provide power to his rural home. … ”  Read more from the Fish and Wildlife Service Field Notes here: Dam Removal in Tehama County Helps Landowner and Fish

In the South Bay Salt Ponds, Better Science Through Fishing: “If fishing excuses any absurdity, as the writer Randy Wayne White once wrote, then there is no excuse needed for the small chunk of chocolate iced donut that has, in the name of science, just splashed into a pond in the South Bay.  We were visiting in the early spring, when there was enough early morning sunshine to warm the water, coax the fish out of their lethargy and remind them that they were hungry enough to bite down on a piece of squid dangling on the end of a hook. Except for whatever reason it hadn’t; five hours of fishing, zero hints of quivering line. ... ”  Read more from Bay-Nature here: In the South Bay Salt Ponds, Better Science Through Fishing

New Video Highlights Stanislaus River Restoration: “Sometimes river habitats need a helping hand to alleviate critical bottlenecks that reduce fish survival and limit the size of fish populations. Well-designed habitat restoration projects that draw on research to address the needs of fish can provide a significant boost to fish abundance and survival (Bonneville Power Administration 2014). Now, one such restoration project comes to life in our new video: Replenishing a River: Stanislaus River Honolulu Bar Restoration. The project, funded in large part by the Oakdale Irrigation District (OID), created vital habitat to improve the numbers of young salmon and steelhead rearing on the Stanislaus River in California’s Central Valley. The video chronicles the transformation of a two-and-a-half acre region of the river called Honolulu Bar, and discusses OID’s commitment to stewardship and giving back to the Stanislaus River. … ”  Read more and watch the video from the FishBio blog here: New Video Highlights Stanislaus River Restoration

Wetlands more vulnerable to invasives as climate changes: “In the battle between native and invasive wetland plants, a new Duke University study finds climate change may tip the scales in favor of the invaders — but it’s going to be more a war of attrition than a frontal assault.  “Changing surface-water temperatures, rainfall patterns and river flows will likely give Japanese knotweed, hydrilla, honeysuckle, privet and other noxious invasive species an edge over less adaptable native species,” said Neal E. Flanagan, visiting assistant professor at the Duke Wetland Center, who led the research.  … ”  Read more from Science Daily here:  Wetlands more vulnerable to invasives as climate changes

Data-driven drought insights: USGS releases drought visualization website:  “A newly released interactive California Drought visualization website aims to provide the public with atlas-like, state-wide coverage of the drought and a timeline of its impacts on water resources.  The U.S. Geological Survey developed the interactive website as part of the federal government’s Open Water Data Initiative. The drought visualization page features high-tech graphics that illustrate the effect of drought on regional reservoir storage from 2011-2014.  For the visualization, drought data are integrated through space and time with maps and plots of reservoir storage. Reservoir levels can be seen to respond to seasonal drivers in each year. However, available water decreases overall as the drought persists. The connection between snowpack and reservoir levels is also displayed interactively. Current streamflow collected at USGS gaging stations is graphed relative to historic averages. Additionally, California’s water use profile is summarized. … ”  Read more from the USGS here:  Data-driven drought insights: USGS releases drought visualization website

December ENSO update:  Close but no cigar:  “The first Thursday of every month is when we do the CPC/IRI ENSO status update, when NOAA officially answers the question “Are we there yet?” This month, the answer is…close, but no cigar.  Sea surface temperatures (SSTs) in the Niño3.4 region of the Pacific were quite warm during November, with the most recent weekly Niño3.4 index value at +1.0°C above average. The threshold for El Niño conditions is +0.5° above average for one month, and most of the climate models are forecasting that SSTs will stay above average for at least a few more months. Then why haven’t we changed from an “El Niño Watch” (favorable for development of El Niño conditions) to an “El Niño Advisory” (El Niño conditions are present)? ... ”  Read more from the ENSO blog here:  December ENSO update: Close but no cigar

Abstract:Climate over the watershed of the San Francisco Bay Delta estuary system varies on a wide range of space and time scales, and affects downstream estuarine ecosystems. The historical climate has included mild to severe droughts and torrential rains accompanied by flooding, providing important lessons for present-day resource managers. Paleoclimate records spanning the last 10,000 years, synthesized across the Estuary, watershed and key regions beyond, provide a basis for increased understanding of how variable California’s climate can be and how it affects the Bay Delta system.

This review of paleoclimate records reveals a gradual warming and drying in California from about 10,000 years to about 4,000 years before present. During this period, the current Bay and Delta were inundated by rising sea level so that by 4,000 years ago the Bay and Delta had taken on much of their present shape and extent. Between about 4,000 and 2,000 years ago, cooler and wetter conditions prevailed in the watershed, lowering salinity in the Estuary and altering local ecosystems. Those wetter conditions gave way to increasing aridity during the past 2,000 years, a general trend punctuated by occasional prolonged and severe droughts and occasional unusually wet, cool periods. California’s climate since A.D. 1850 has been unusually stable and benign, compared to climate variations during the previous 2,000 or more years. Thus, climate variations in California’s future may be even more (perhaps much more) challenging than those of the past 100 years. To improve our understanding of these past examples of climate variability in California, and of the linkages between watershed climate and estuarine responses, greater emphases on paleoclimate records in and around the Estuary, improved temporal resolutions in several record types, and linked watershed-estuary paleo-modeling capabilities are needed. 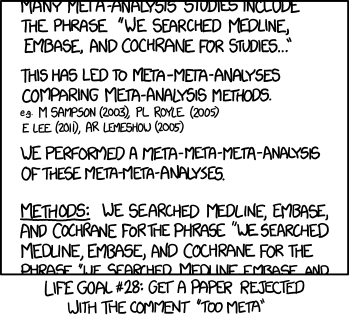