From the archives of Maven’s Notebook:

This post, based on a presentation by Professor Jay Lund, was the first in a series of California water policy seminars that has become an annual series hosted by UC Davis Center for Watershed Sciences, and is also THE most popular presentation posted here on Maven’s Notebook. Here is the post as it was published on February 5, 2013. 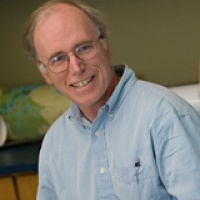 The UC Davis Center for Watershed Sciences is hosting the California Water Policy Seminar Series, bringing in a wide variety of speakers over the upcoming months to speak on current water topics.  On January 14, Professor Jay Lund spoke about the unique characteristics of California’s climate, the development of California’s water system and challenges facing it, arguing the answer lies with increasing local government participation and in developing flexible, integrated portfolios with different water management options.

Jay Lund is a Professor of Civil and Environmental Engineering at UC Davis, and currently the Ray B. Krone Chair of Environmental Engineering.  His principal research interest is in the application of systems analysis, economic and management methods to infrastructure and public works problems.  He has led the development and application of large-scale modeling and modeling studies for California’s water supply, flood control, and environmental purposes.  He is also an adjunct fellow of the Public Policy Institute of California, and co-author of several books and reports on the Delta, including the book, Managing California’s Water: From Conflict to Reconciliation, and the PPIC report, Where the Wild Things Aren’t: Making the Delta a Better Place for Native Species.

Jay Lund began by explaining the title of his speech comes from a Pogo Possum cartoon, sort of the Doonesbury equivalent in the 1950s.  Pogo had some ‘wonderful’ little witticisms, such as “we are confronted with insurmountable opportunities”, he said.  It reminds him of California water because we are often in California water talking about problems:  “People love to talk about problems.  People talk about so many problems, they think nothing can be done.  But that’s actually not the history of California water.  The history of California water is one of insurmountable opportunities, where there are an awful lot of problems and somehow we get through them – not all of them but enough of them so that we make progress.” … ”