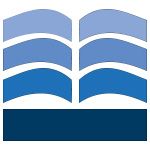 Maven’s Notebook has received partial funding for next year!

I like to see myself as an innovator.  Whether it’s creating the BDCP Road Map, or building unique websites, or providing coverage of things that usually go uncovered, I like to look for what is missing or what is needed, and then develop a solution for that.

That was the idea behind Aquafornia when I started it in 2007.  I had an idea to use this new format to present all the internet items from around the state regarding California news and commentary in one place.  But back then, blogging was so new.  At the time, companies and organizations had websites, but blogging really delivered the internet into the hands of the people.  At the time, a ‘blogger’ was seen as someone who posted silly cat videos or last night’s dinner recipe and had no credibility. I was just the ‘water blogger’.  It was hard to even get people to look at the website at first.  It would have been very difficult to sell the idea of Aquafornia without people being able to see what it looked like.  But a year and a half later, it finally came to bear economic fruit.

Similarly, the idea behind Maven’s Notebook was hard for people to grasp.  Nobody was covering these meetings where so much was happening.  Again, it’s hard to sell what people cannot see.  When I first pitched this idea, I was told “nobody much cares what goes on at those meetings.”  It was clear that I would have to take the same approach:  I would have to bring Maven’s Notebook to you and show you, and hope that the economic benefit would follow.  So in June of 2012, Maven’s Notebook hit the internet.

A lot has happened since then.  Maven’s Notebook is now regularly featured in DWR’s Water News Clips, BC Water News, and the Delta Stewardship Council’s news clips.  The Notebook has been linked to by newspapers and cited in research journals.  My email subscriber lists are strong and recently, the Notebook surpassed 100,000 page views.  No doubt, ‘blogging’ has come a long way. Maven is no longer ‘just the water blogger.’

I won’t kid you – it hasn’t been an easy year.  It’s difficult for a household to survive with little income coming in, and I so appreciate the generosity of readers who have opened up their wallets to me throughout the year. A heartfelt thank you goes out to all who have donated to the website – it really has made a difference.  But if Maven’s Notebook is going to survive long-term, there must be a stable source of funding for operations.

I am pleased to announce that Maven’s Notebook has been awarded a grant from the Rose Foundation that will fund a portion of operations for next year.  I am thankful to the Rose Foundation for their willingness to help fund a project that’s a bit different than the rest, and I want to send out a special thank you to those of you who assisted me through the process.

Next year’s budget includes plans for covering four of the twelve BDCP public meetings, and bringing back Emily DeMarco to write some more profiles, as well as visiting and following habitat restoration projects underway in the Delta.  However, I need more donations to become fully funded and make all these things (and more) happen.

As part of the grant process, I now have a fiscal sponsor, the Trust for Conservation Innovation (TCI).  My affiliation with them allows me to operate as a 501c3, and donations made through TCI are tax deductible.  The money donated through TCI will fund my operating and travel expenses as well as a salary for me. So far, my budget for next year is half-funded, so the more money that TCI receives, the more meetings and seminars will be covered, and more for Maven, too!  Click here for more information on making tax deductible donations to Maven’s Notebook.

Donations can still be made through PayPal.  While those deductions are not tax deductible, they go straight to Maven and are also much appreciated. (And I’m still trying to figure out how to take the kids to Disneyland …)  Please click here to make a non-tax-deductible donation through Paypal.

Most of all, thank you to all of you who show up here to read Maven’s Notebook.  It has been and always will be that which keeps me going and keeps me showing up to the computer each day.  After all, I have long said that a blogger blogs to be read, and I am so grateful to be read by you.

P.S.  You can find out more about me if you’re interested in this short interview with Zocalo.

P.S.S.  I’m going to be pouring over the survey results to plan my coverage for next year, and I’ll be posting the results soon – probably over the holidays, so there’s still time to put in your two cents – click here for the reader feedback survey.